I have personally never heard of lomography before but am amazed at this cult following of a particular photographic style. It seems almost like a communist ploy by the Soviets and pure marketing strategy to derive a profit. But whatever it was it the beginning, it worked enough to prompt a popular photographic movement. Judging by the immense collection on digital photo communities and blogs, lomography’s popularity is fairly widespread and recognizable. Whether or not this gives it legitimacy as “art” is disputable. How does lomography redefine photography? If these “lomographers” are shooting anything and everything, what is so special about each shot? The photos become more about the unexpected results of the poor quality film and cameras. These photos are defined by high saturation, occasional blurrieness, and unpredictable light exposures. Then, does the art of lomography become based in the medium itself instead of the actions of the photographers? I’m not sure.

However, I am sure that I am drawn to these lomo-images for those precise reasons. The high saturation, blurriness, and unexpected exposure images bring to mind words such as “artsy”, “indy”, and “romantic”. I somehow wish I could take pictures like this. I also enjoy lomographer’s approach to taking pictures of the world at large whenever possible. Their motto: “Don’t think, just shoot” expresses the goal of lomographers to document the world in this prescribed, unpredictable way. However, taking a picture without thinking denotes another critique of lomography as an art. I think it is quite impossible for any person to just shoot and not think. The photographer is always involved, even if only at a subconscious level.

Ultimately, I was glad to have discovered this new type of photography but understand the debate surrounding its origins, purpose, and process. But what it comes down to is that people like to take lomography and I like looking at it. For now, that is all that matters. 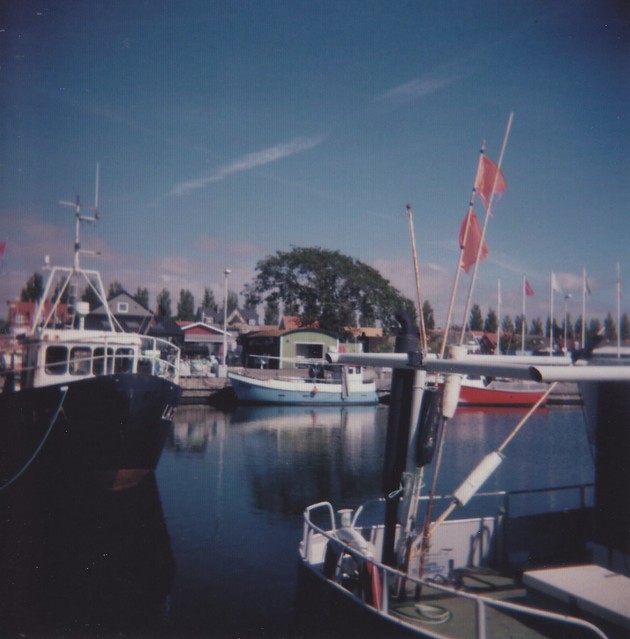