As you have probably heard, Shanghai is a very large and very polluted city. Each time I have lived in China, the weather has been either crazy hot or very cold and damp. There is also a constant haze that blots out the sun and burns your eyes. This is the China I know.

Well, this fascinating city never ceases to surprise me. When I arrived this weekend, I was astounded to see blue skies and feel a cool and pleasant breeze through my light jacket. The weather was absolutely perfect. We are lucky now to live in a quiet neighborhood of apartment buildings surrounded by small paths winding through grass, trees and small ponds teeming with tadpoles. So far I have spent a lot of time strolling across the grounds, marveling at the incredible flowers in bloom. Shanghai is truly magical in the springtime. Take a look. 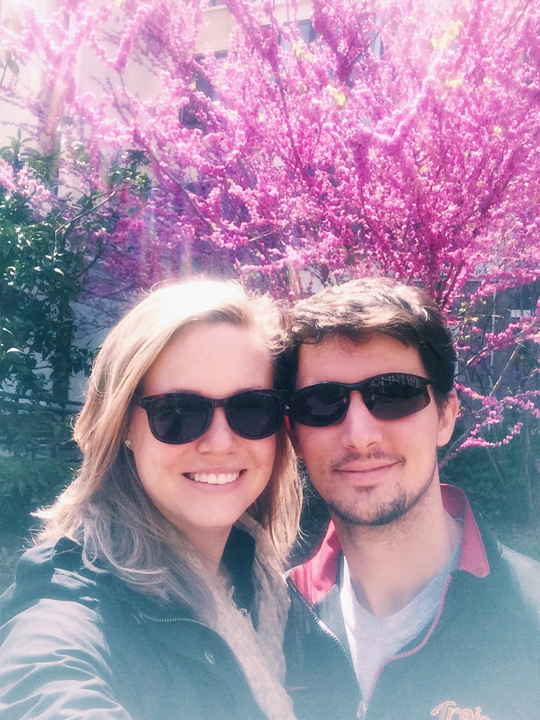 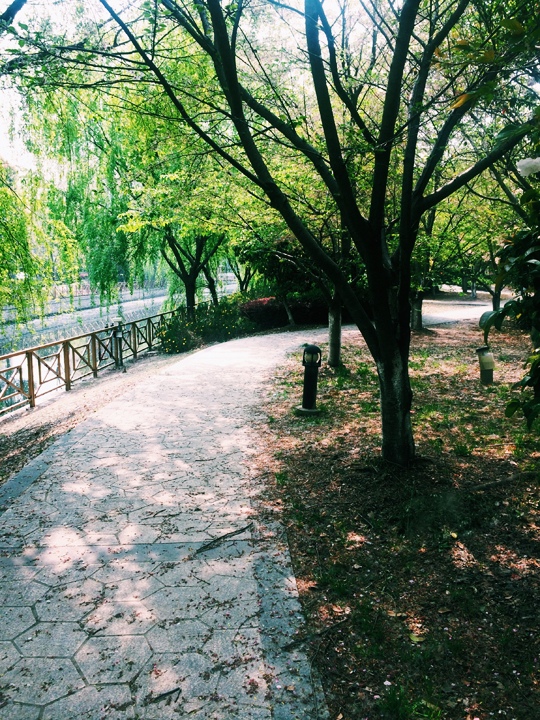 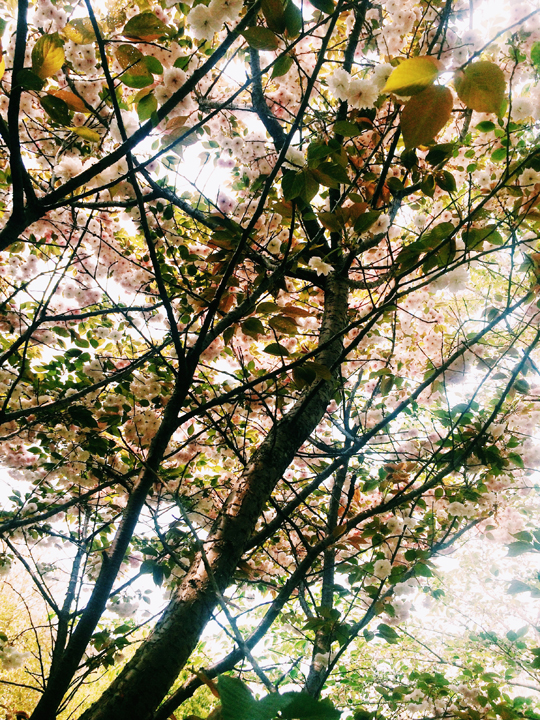 Do you see what I see? Our neighborhood is full of stray cats that patrol the grounds and feast on bowls of food left outside by friendly neighbors. The cat below has stunning green eyes and is quite friendly with the black cat that hangs out by our building.

Amazing right? Although the haze has settled back in this week, the flowers are still in full bloom and the air is perfectly warm during the day and cool at night. I am going to soak in this weather as long as I can before the heat of summer takes over. March-April is truly the best time of year to be in Shanghai.

When I am not strolling around and smelling the roses, I am eating! Peter and I found this great dumpling place down the street and already have plans to return asap. On Sunday we feasted on steaming bowls of noodles and bean curd in beef broth and a dozen soup-filled dumpling, a Shanghai delicacy called xiaolongbao. Learn more about xiaolongbao here. 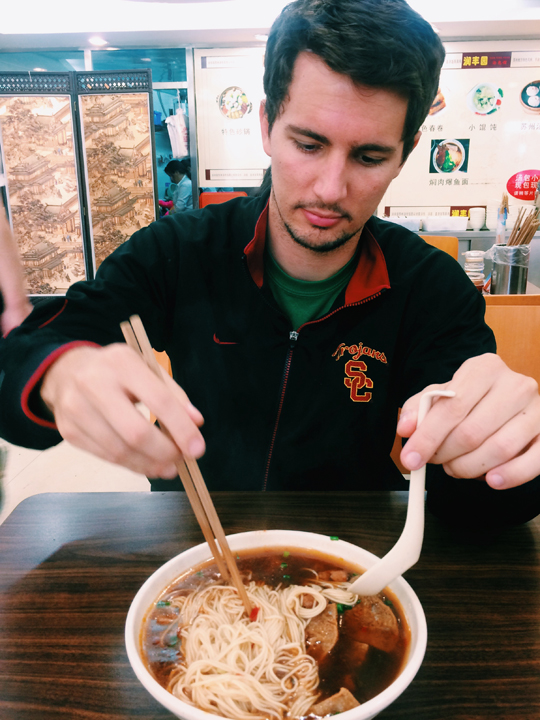 Last night we met our friends at the Shanghai Mercedez-Benz Arena for the Lionel Richie concert! The stadium looks like a spaceship and is located next to the expo. I didn’t know much about Lionel Richie music going in but soon realized that I know and love most of his songs! He played all his greatest hits including Brick House and had everybody dancing in their seats (and on the ceiling)! We had a lot of fun, except for the fact that I sat next to this Chinese guy who RECORDED THE ENTIRE CONCERT ON HIS IPAD. His flippin’ Ipad! It was so hilarious and yet so terribly obnoxious. It didn’t take away from the show but it was ridiculous!

The subway ride to and from the concert was really long but we kept ourselves entertained. Overall we had a great time at the Lionel Richie concert. We’re big fans. 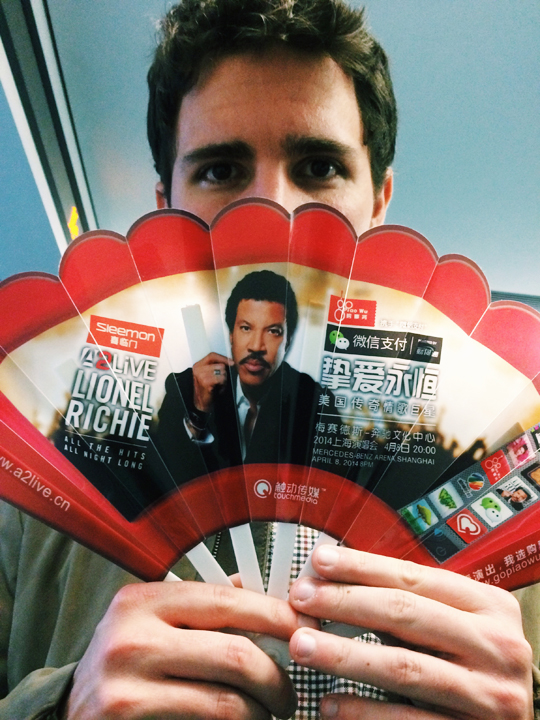 That’s all there is to say in this little Shanghai update. Things are good. Next up, Thailand!