After an awesome day in South Korea, I was excited to return to Japan, a country that I absolutely loved when I visited 2 years ago. Japan is surprisingly clean and compact, basically the complete opposite of China. I was once again fascinated by this contrast during our short time in Fukuoka, the capital city of Japan’s most southernmost island. 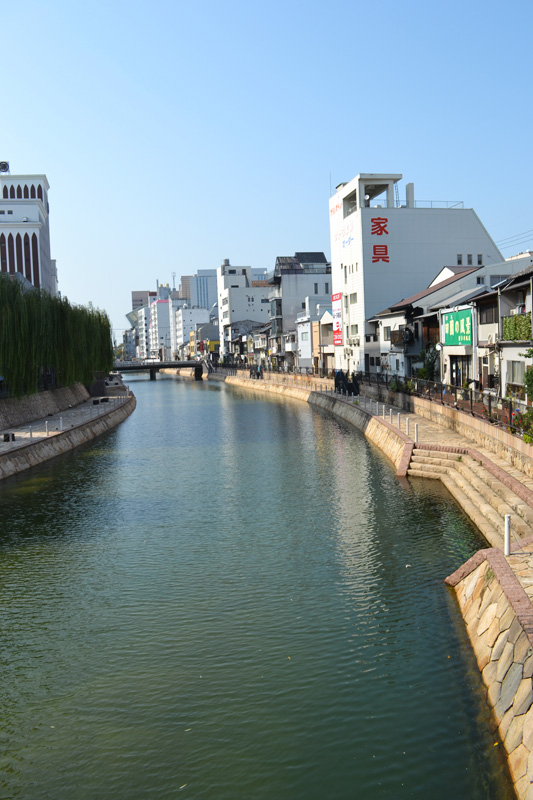 We waited for the Chinese tour groups before going through the mandatory immigration process to leave the ship. We walked to the bus station with many of the crew members and exchanged some money into yen before boarding a public bus into the city. Despite some confusion over the bus tickets, we got off at the correct stop and began to walk to Kushida Shrine. Of course we got lost, accidentally walking through Canal City, the shopping are we so desperately wanted to avoid, before finally arriving at the shrine. 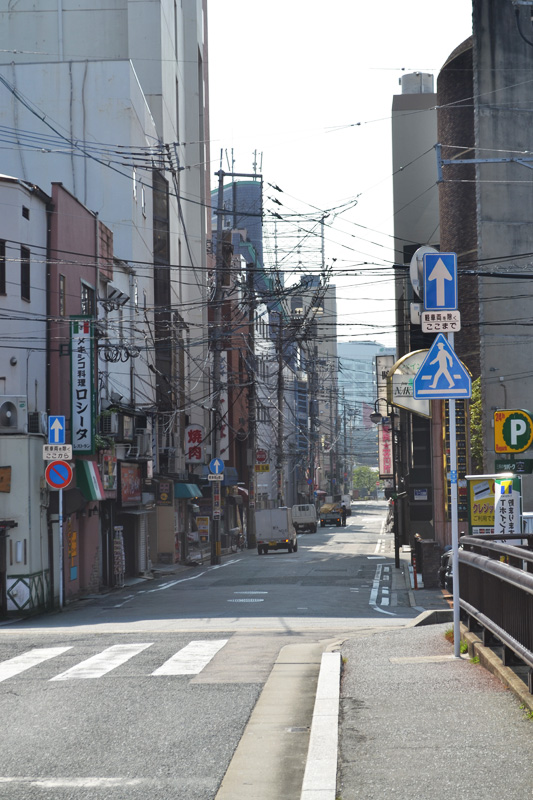 Only once we found the canal did we find the shrine, hidden away down an unassuming side street. As soon as we walked up the stairs we came upon a gigantic structure that can only be described as… EPIC. Inside a tall white building was a 3D representation of some sort of story told in glittering details and life-size Japanese characters. I believe this is the float from last years Hakata Gion Yamakasa Festival, a 750 year old Japanese festival that centers on the Kushida Shrine. This festival draws over a million spectators to Fukuoka each year! 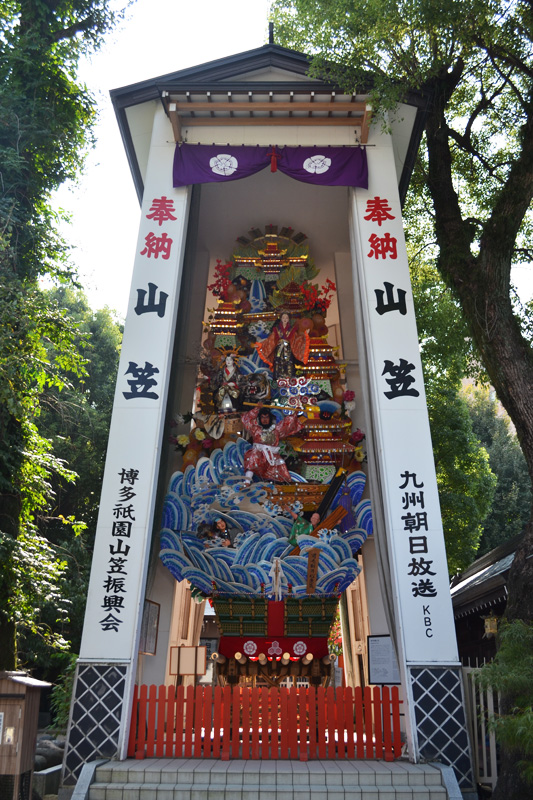 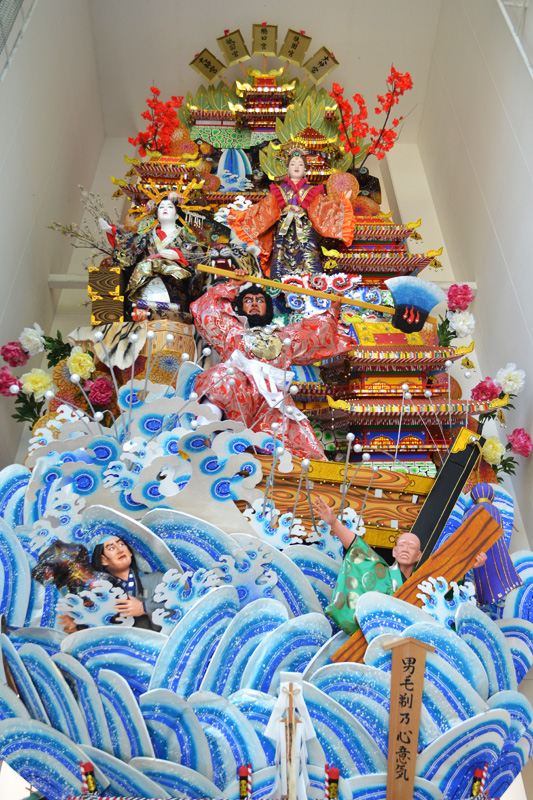 We walked around exploring the many layers of the Kushida Shrine including the various torii, prayer cards and other symbols of the sacred. The torii are one of my favorite visual aspects of Shinto shrines. 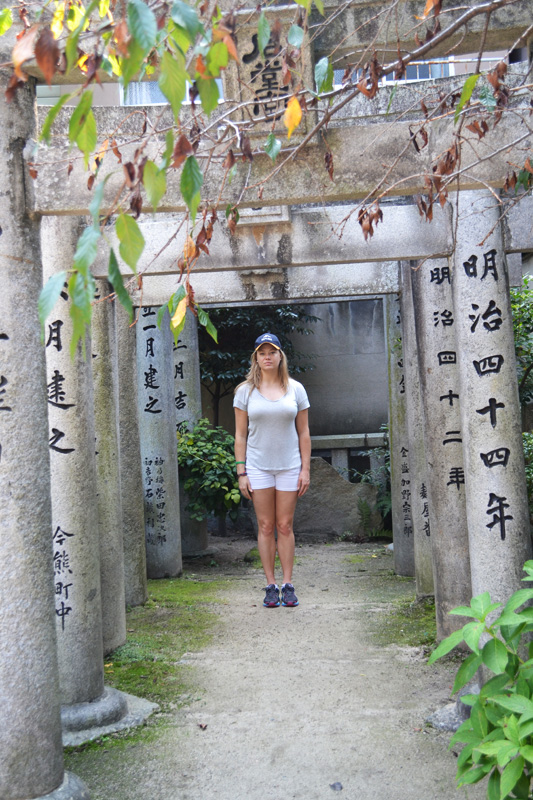 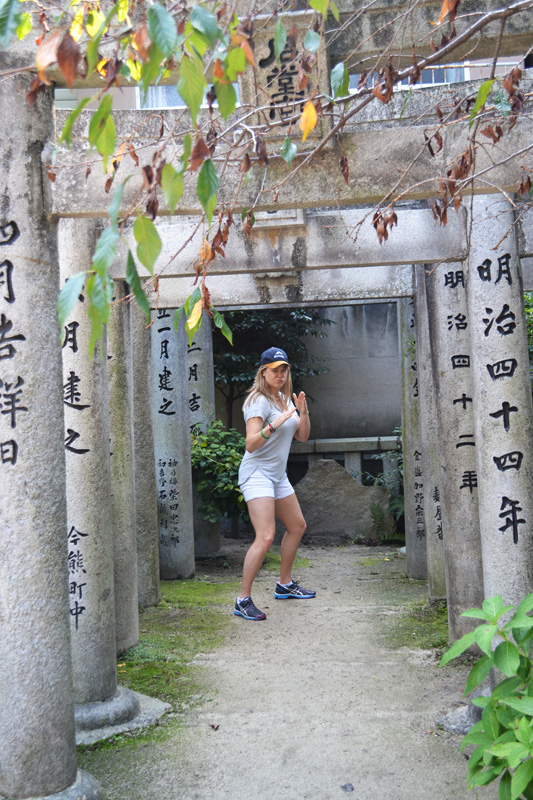 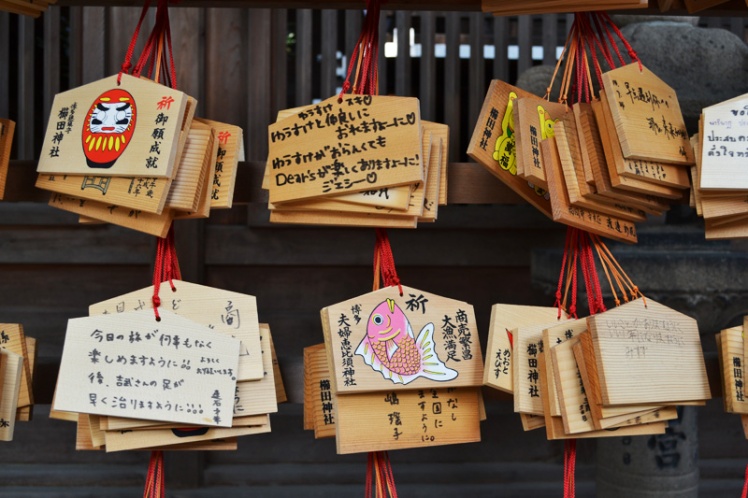 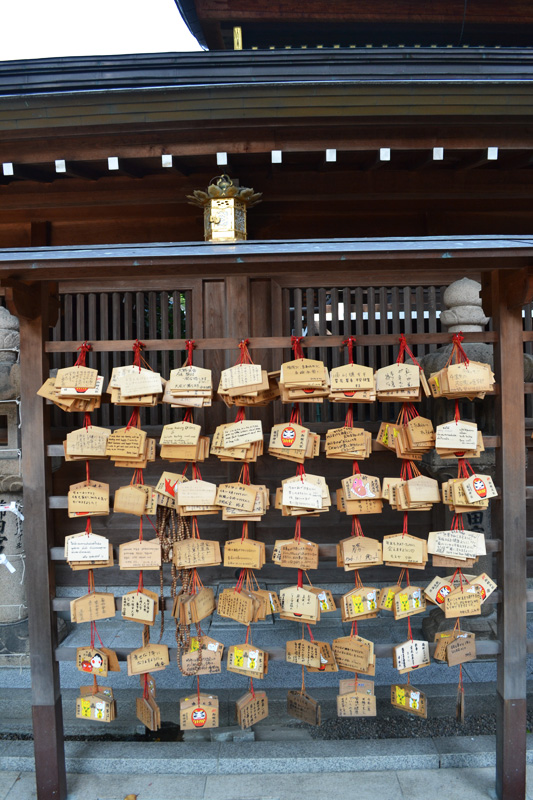 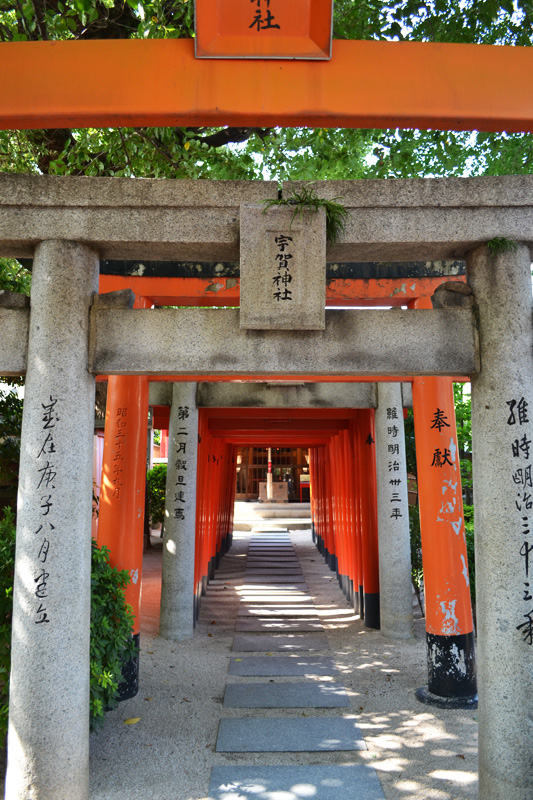 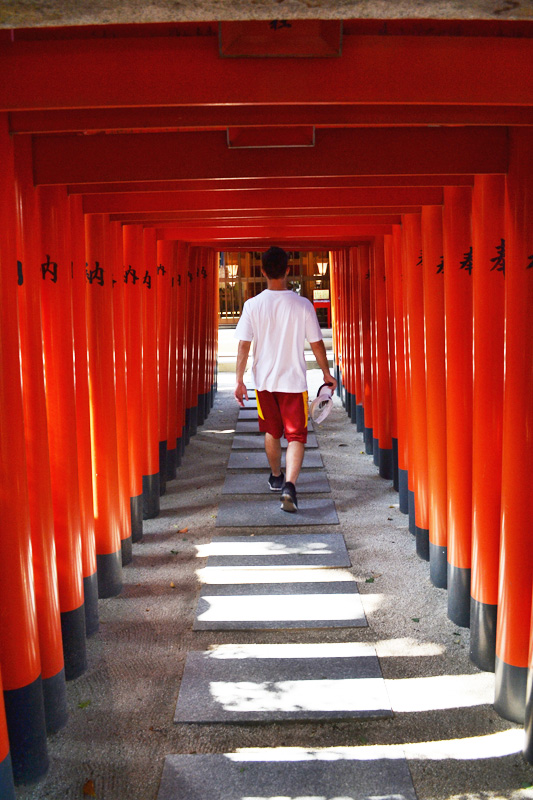 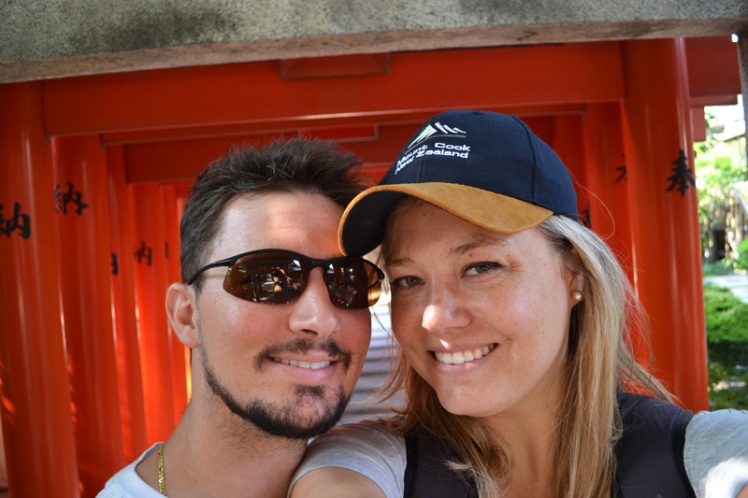 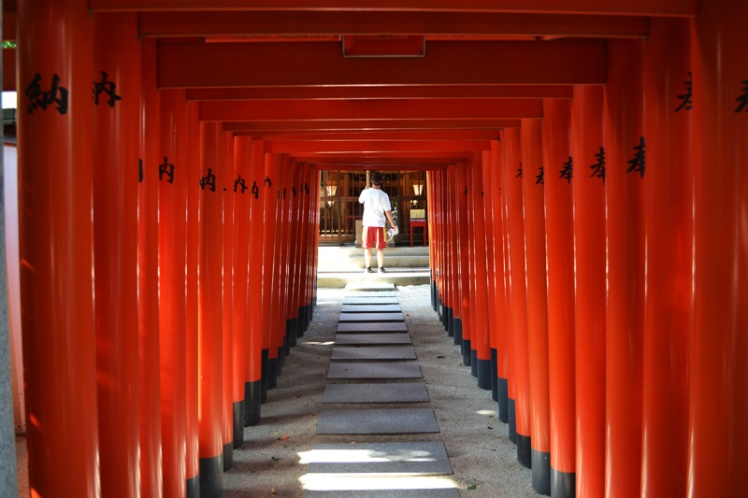 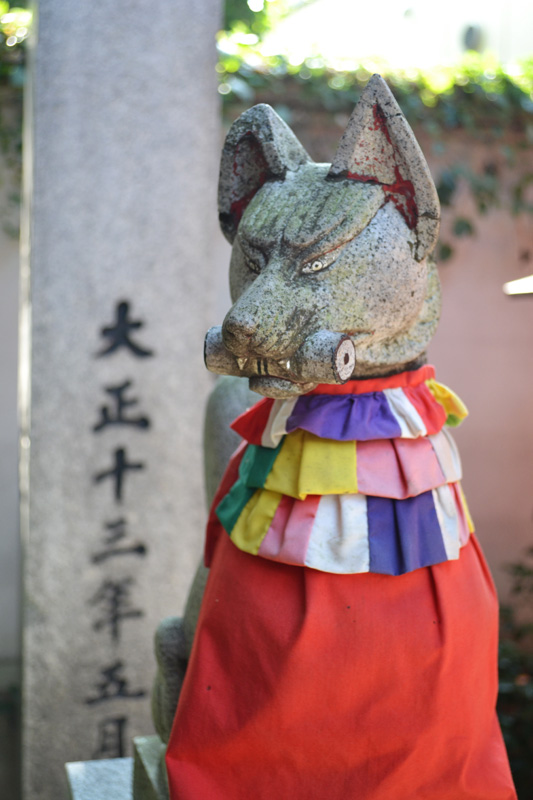 My other favorite aspect of Shinto shrines is the o-mikuji, or fortunes written on pieces of paper and tied to string. I think they are beautiful. 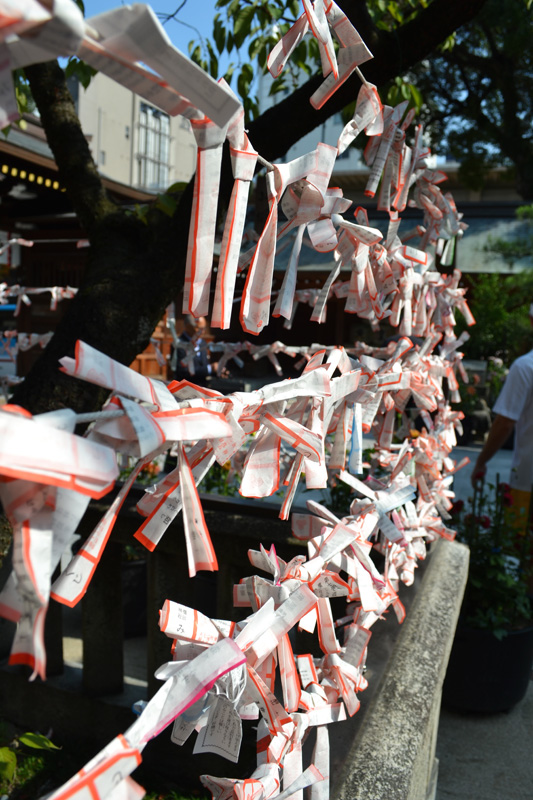 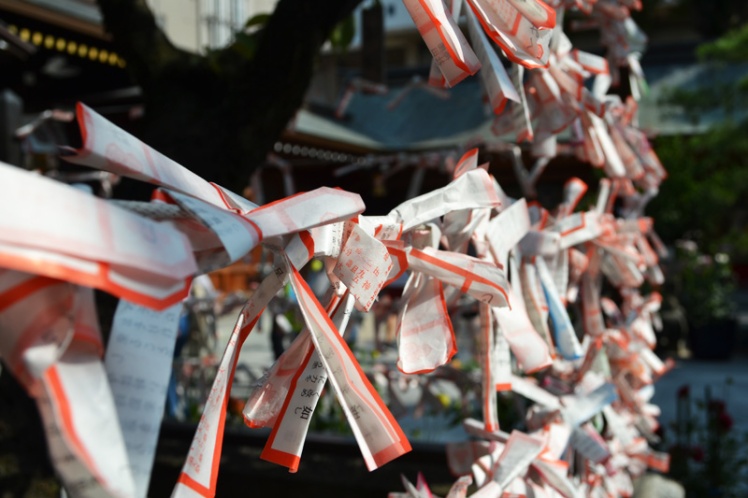 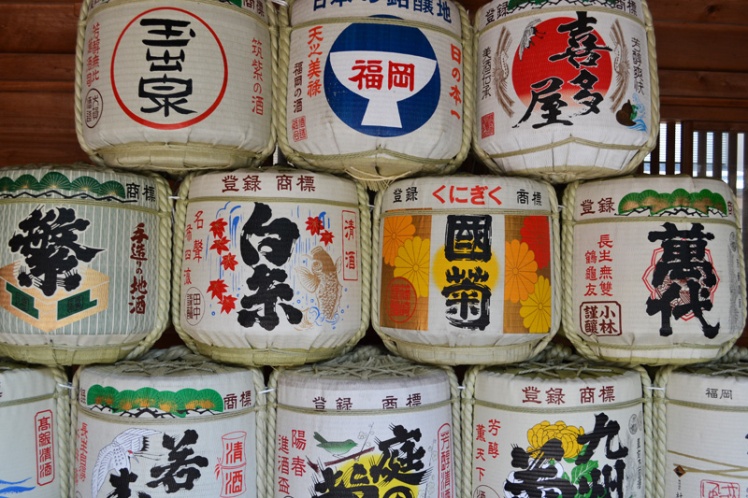 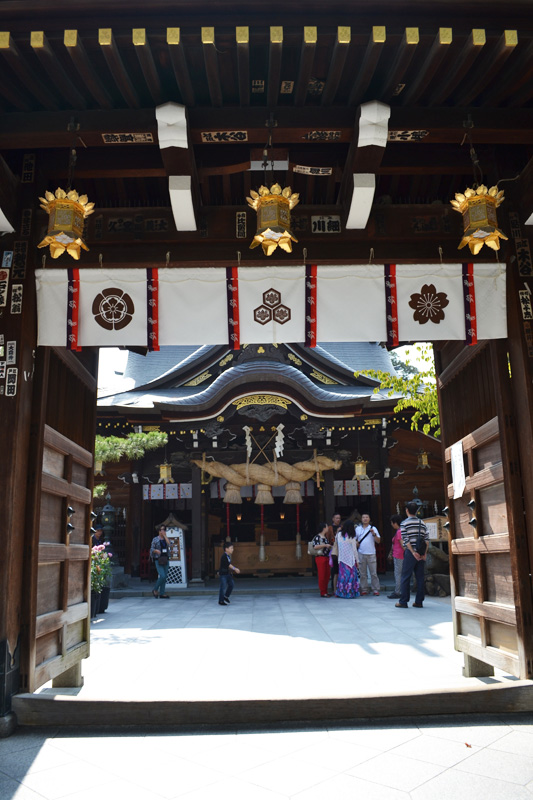 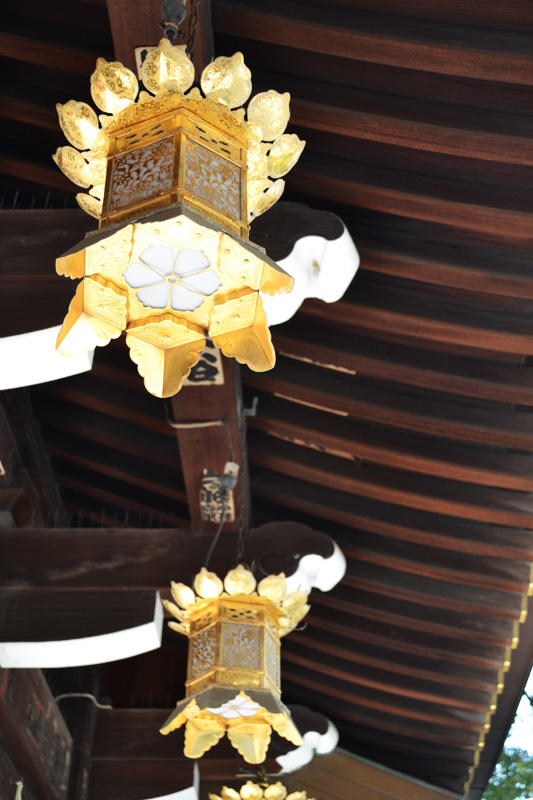 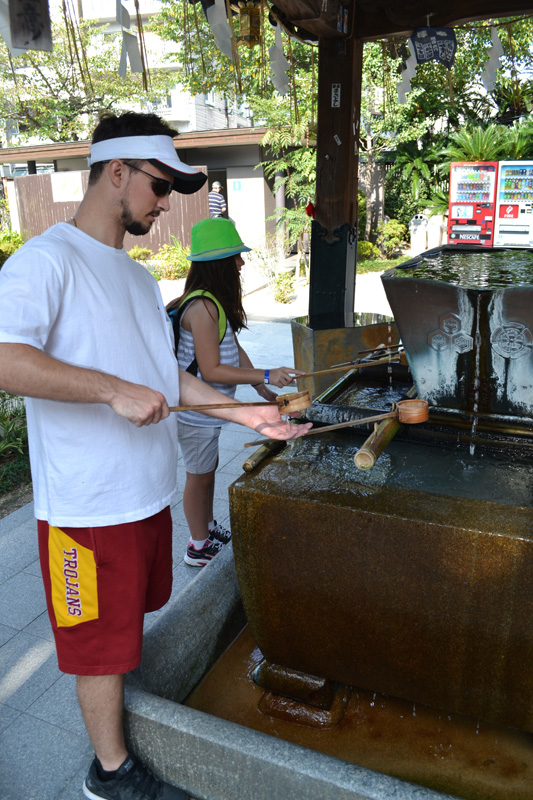 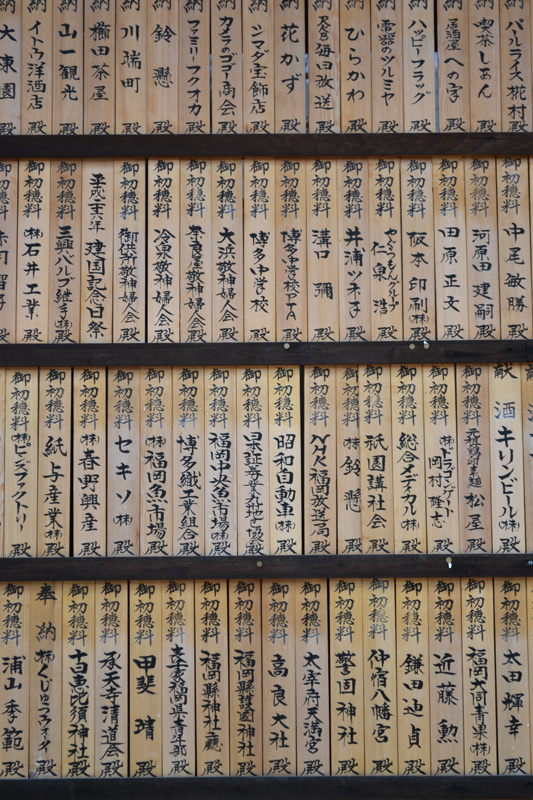 One of my favorite parts of Japan is the random vending machines dispersed every where. They always have such a wide variety of beverages, including plenty of coffee based drinks. It is heaven! 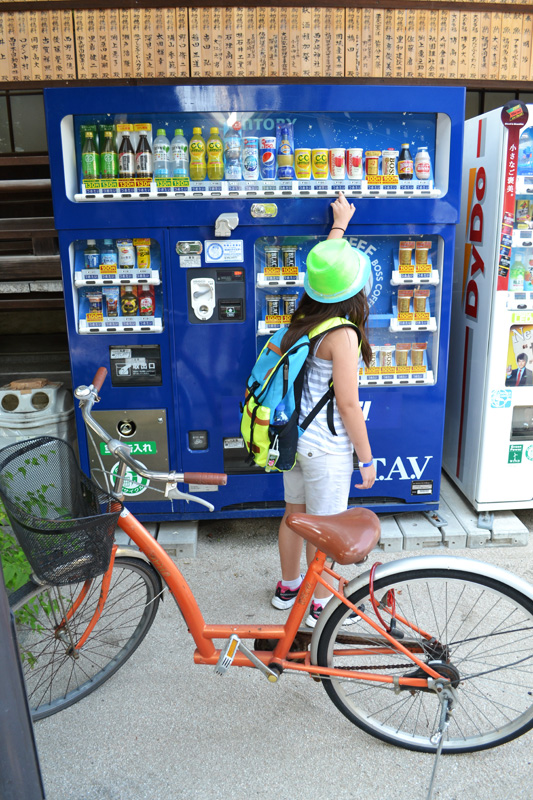 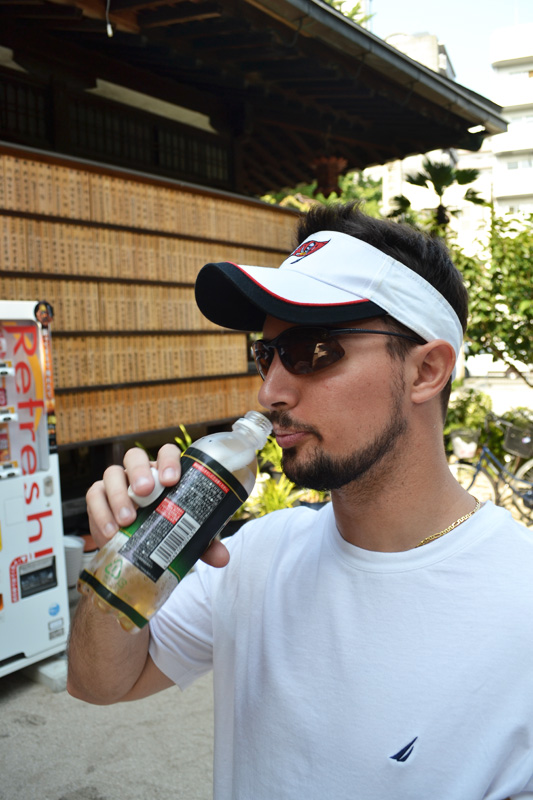 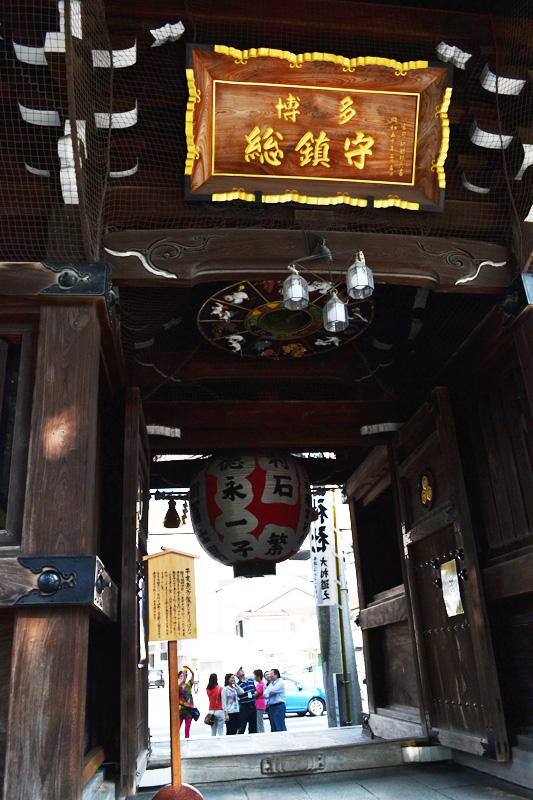 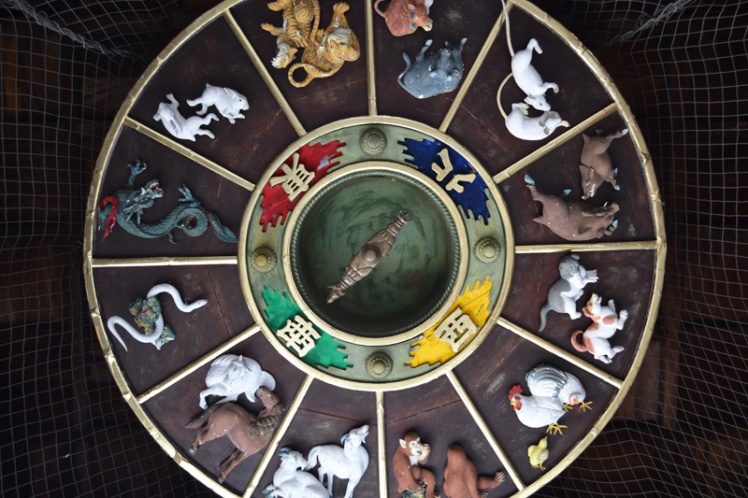 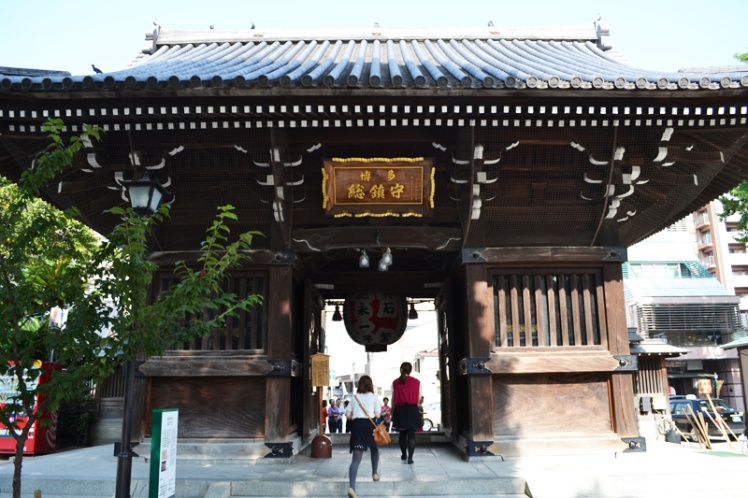 We rubbed this bull’s backside for good luck. Because why not? 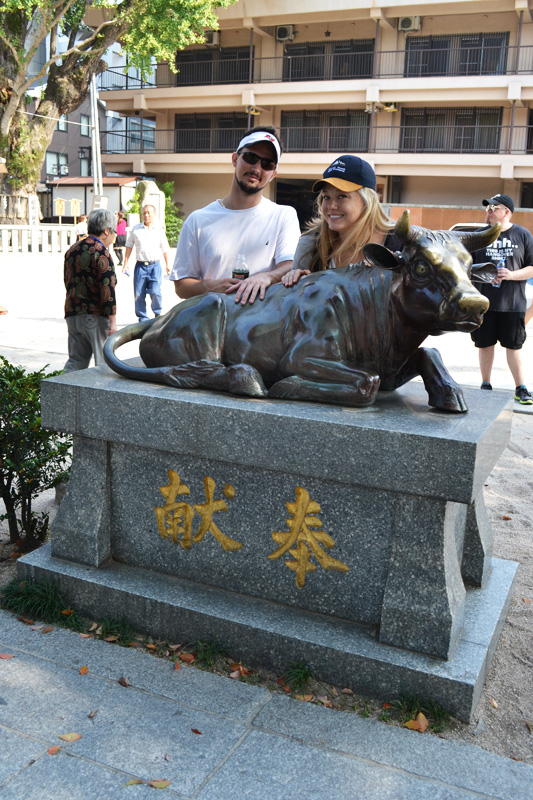 We left the shrine on the look out for some shopping and some authentic ramen. I was determined to actually eat Japanese food in Japan. Last time we were forced to eat at a Chinese restaurant in Tokyo... and of course I got sick. This time I would have my ramen and eat it too! 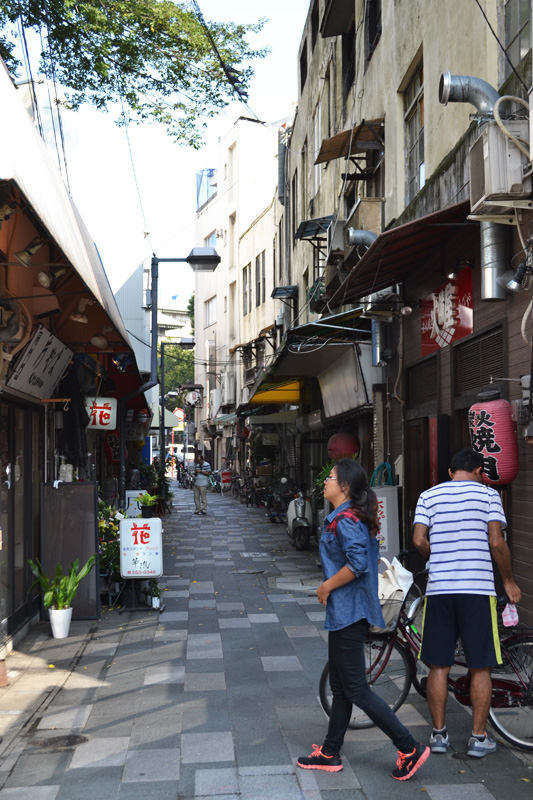 Well we found a nice ramen shop and I had the most delicious curry ramen of my life. Oh boy was it good. No photos were taken because I was too busy eating. Sorry. We shopped around for a little bit longer, admiring the amazing amount of junk being sold in shops, including a ton of Halloween decorations. I love Halloween! We also admired the poor little squids swimming around in preparation for somebody’s dinner. Sad. 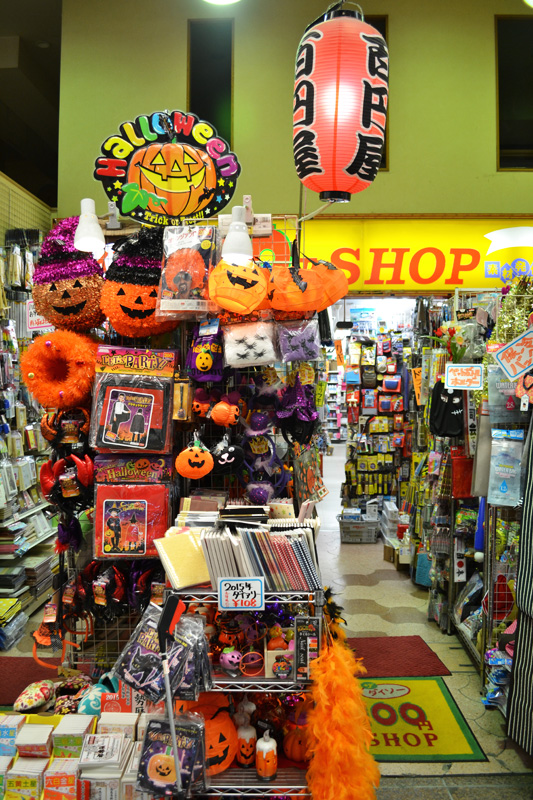 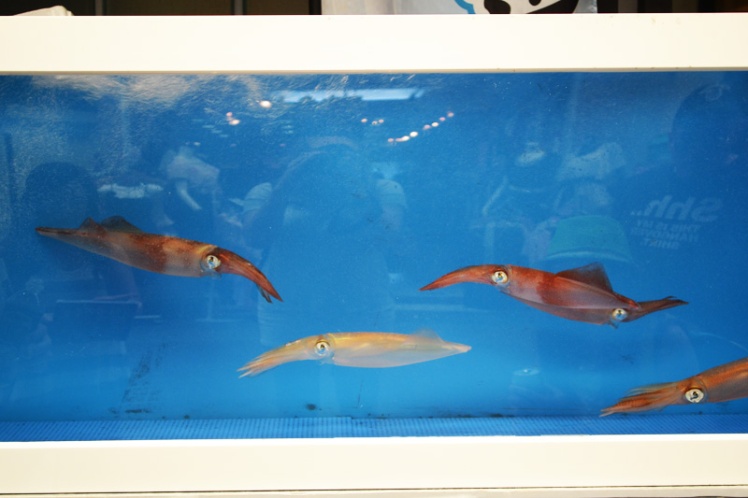 We bought a few Japanese sweets before catching the bus back to the ship.  It was a short but sweet trip to Japan and a lovely contrast to the craziness of China. If only I could stay a bit longer…

But no, our cruising days were over.

3 thoughts on “Cruising… to Fukuoka, Japan and the Kushida Shrine”