In case you missed it….

After a weekend of shopping, eating, and walking, Peter wanted to take me to a famous tourist destination in Shanghai. So on Monday we bundled up and stepped out to brave the overcast and drizzly day. But first we had to walk 20 minutes to the metro station. I was happy to oblige!

Along the way, I was able to get a feel for the architecture and life of the neighborhood. Apartment complexes populate the skyline while a mix of slow and hurried pedestrians walk the sidewalks. Cars, taxis, scooters, and bicycles weave through the streets with complete disregard for traffic signals and people. The buildings are straight out of the 60s and also haven’t been cleaned since then. Colorful clothes hanging from every window flutter in the breeze. Restaurants and shops send steam and interesting aromas out of open doorways on the bottom floors. 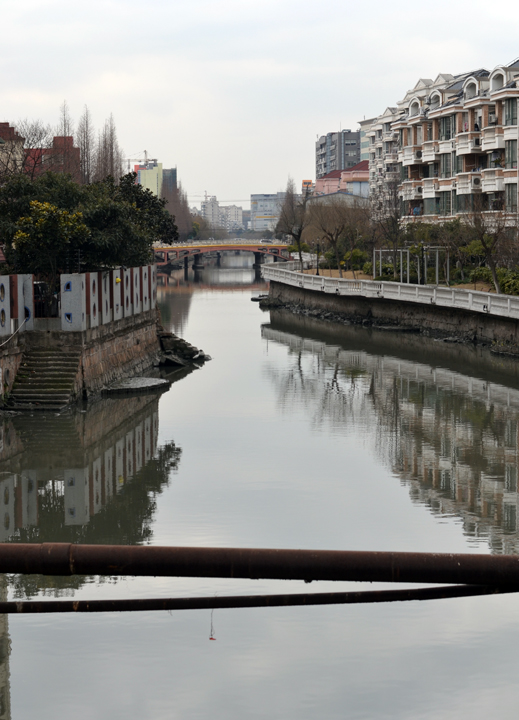 The sidewalks, rivers, and buildings are generally on the dirty side but you get used to it. On every street, food vendors pull up their carts and bikes and begin cooking various foods in skillets of oil. Read about my thoughts on Chinese street food here. 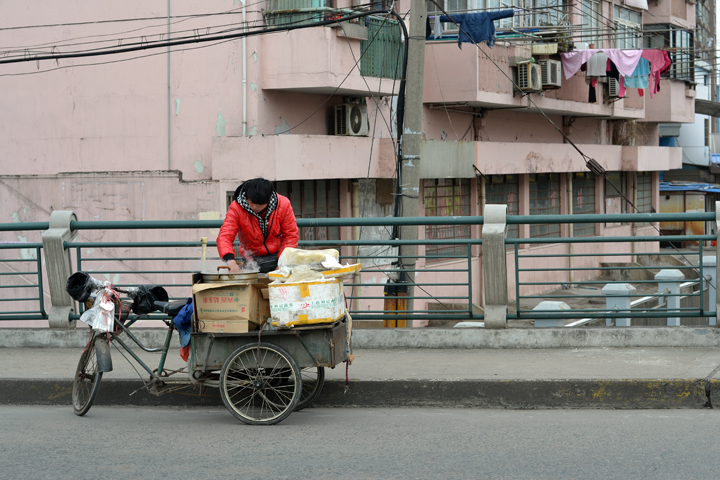 After 20 minutes, we made it to the subway and traveled to our final destination… Yuyuan Garden! Below you can see the Oriental Peal Tower, also known as the “needle”, in the background. It matches my hat! 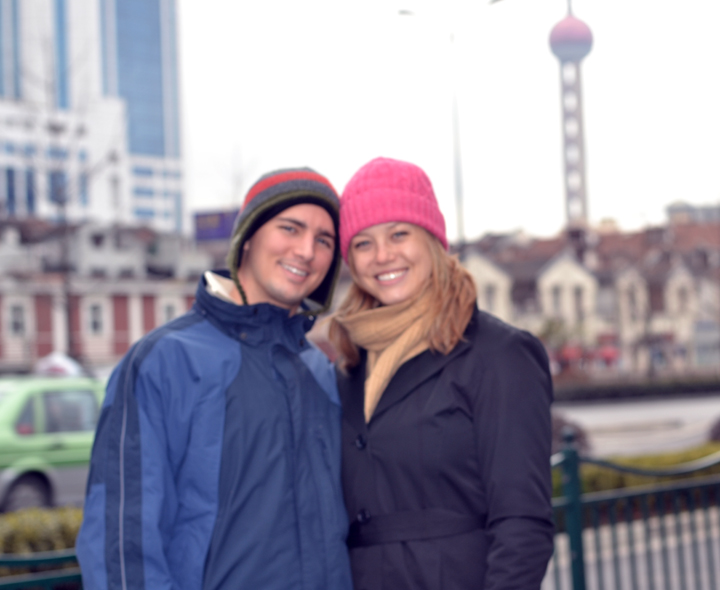 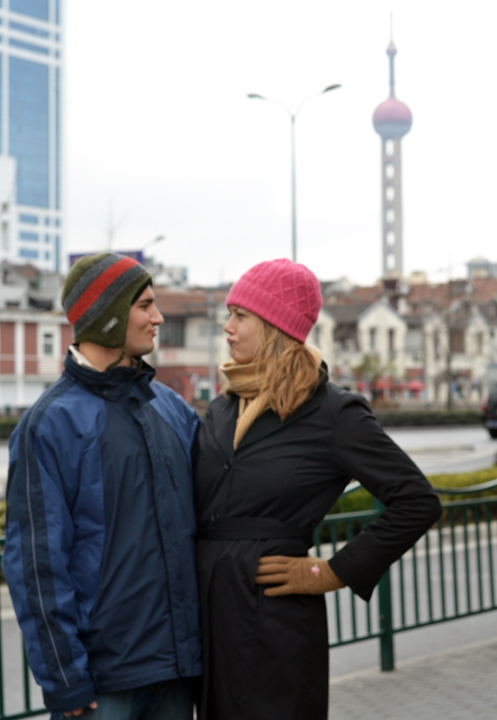 On the way to the Garden, we passed more street vendors and shops selling souvenirs. These dried fruits looked very tempting indeed. 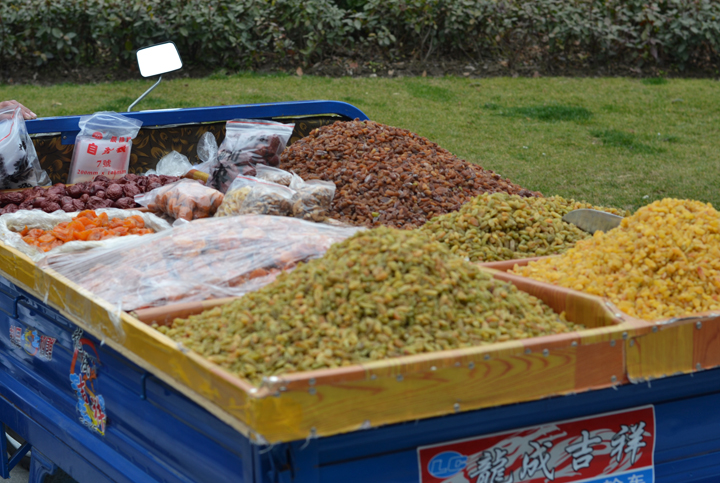 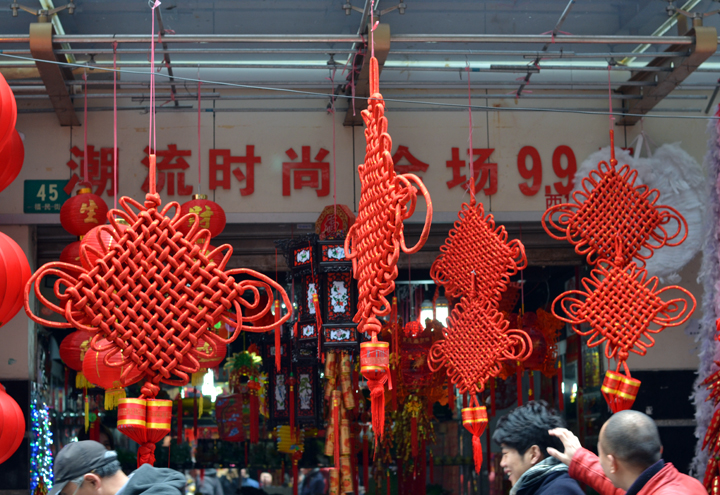 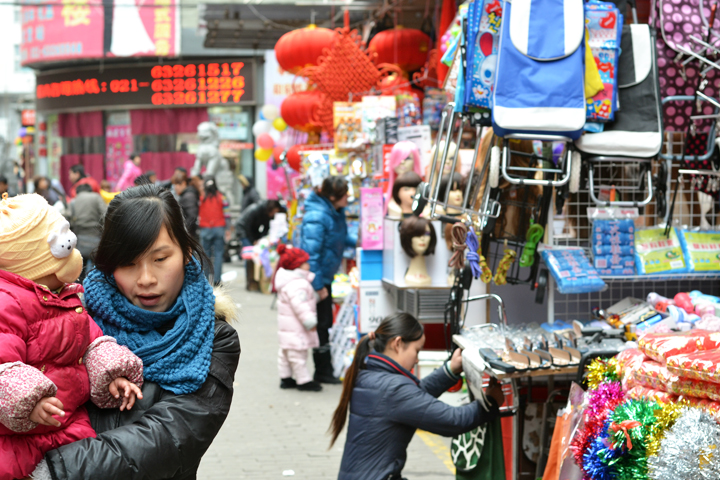 And then we entered the passageway towards the Garden.

Here’s some background on YuYuan Garden from TravelGuideChina.com: “Yuyuan Garden is a famous classical garden located in Anren Jie, Shanghai. The garden was finished in 1577 by a government officer of the Ming Dynasty (1368-1644) named Pan Yunduan. Yu in Chinese means pleasing and satisfying, and this garden was specially built for Pan’s parents as a place for them to enjoy a tranquil and happy time in their old age.” 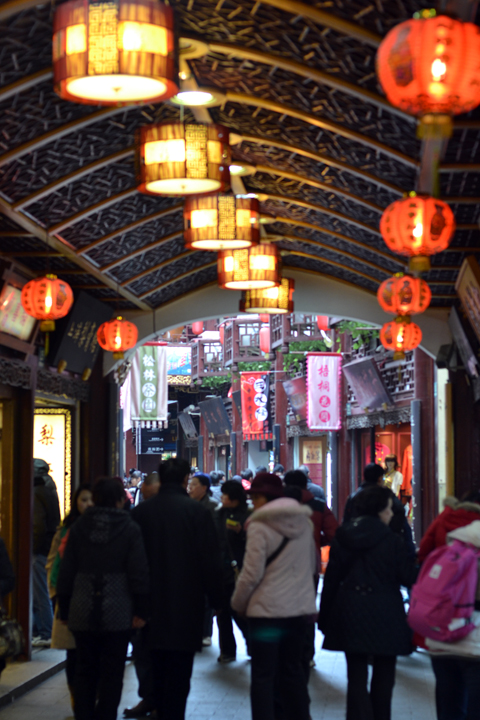 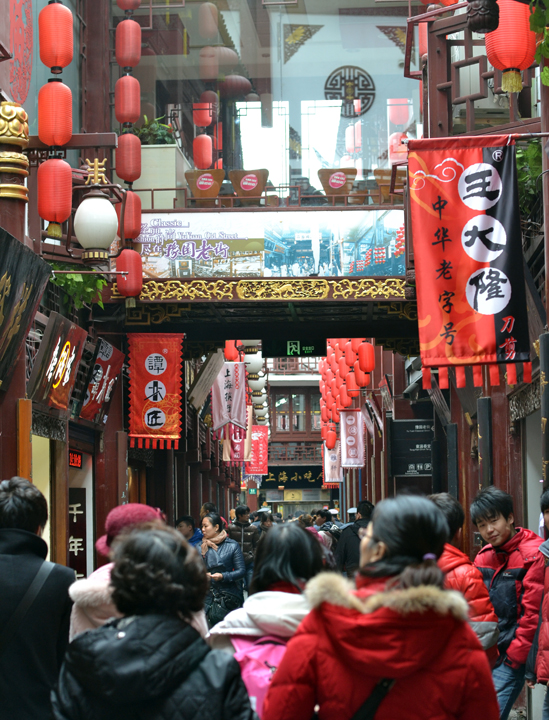 The architecture of the buildings surrounding the Garden was just spectacular. Although this was my second time in China, it was my first time seeing traditional Chinese architecture. The bottom floors were filled with more shops and restaurants like any other street. 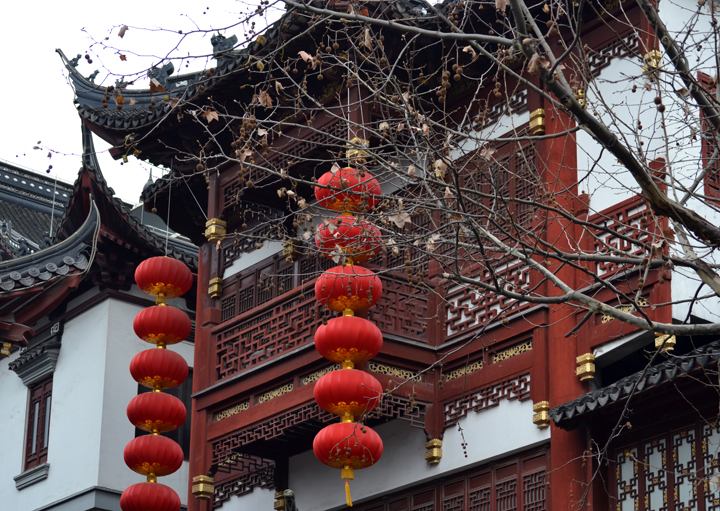 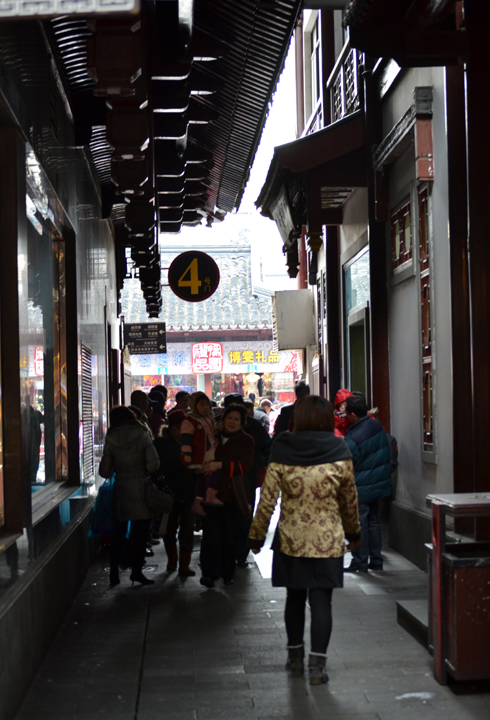 We also encountered a creepy mascot standing in the doorway of a fast food restaurant. He wasn’t waving like a normal person but doing some creepy sauntering back and forth with a beckoning wave. Uhh no thank you? 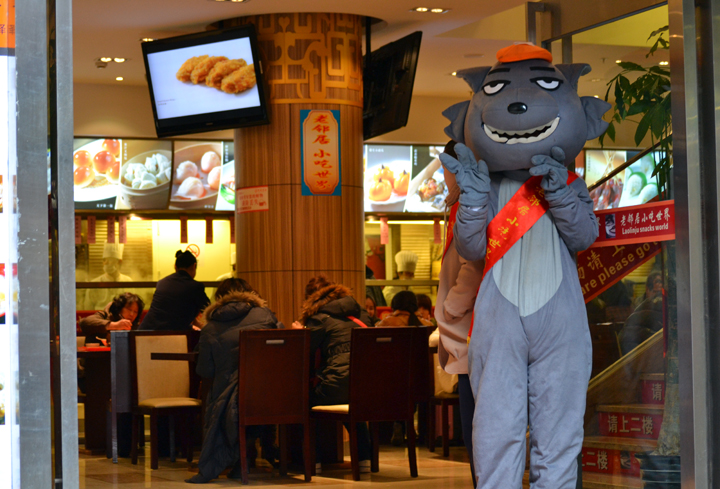 The buildings were just massive. I have no idea what is on the top floors though. Maybe they are closed for preservation. Or people live there? Not really sure. But you feel that at any second you will encounter a geisha or royalty dressed in robes of silk. Instead we made do with pushing  past loud tourists wearing gortex and girls in impossibly high-heeled boots. 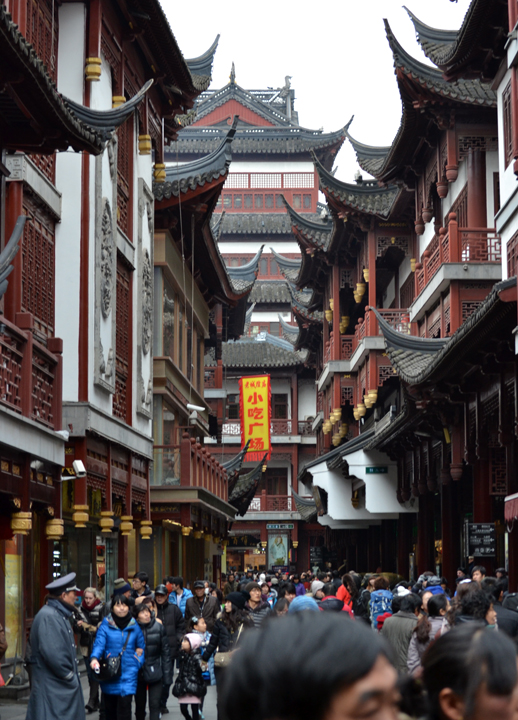 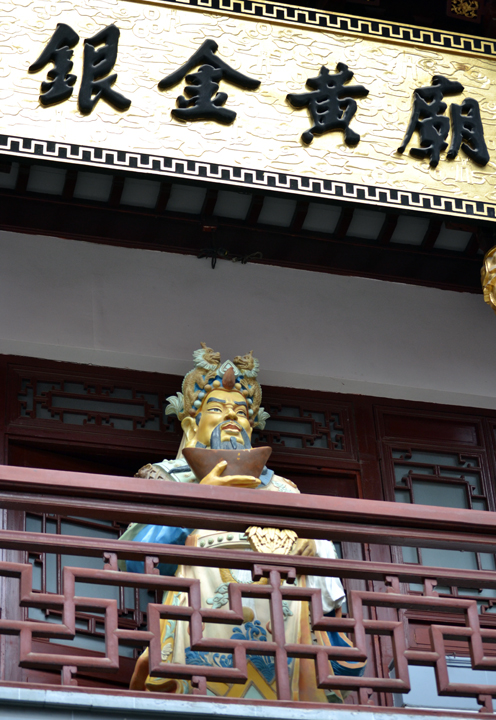 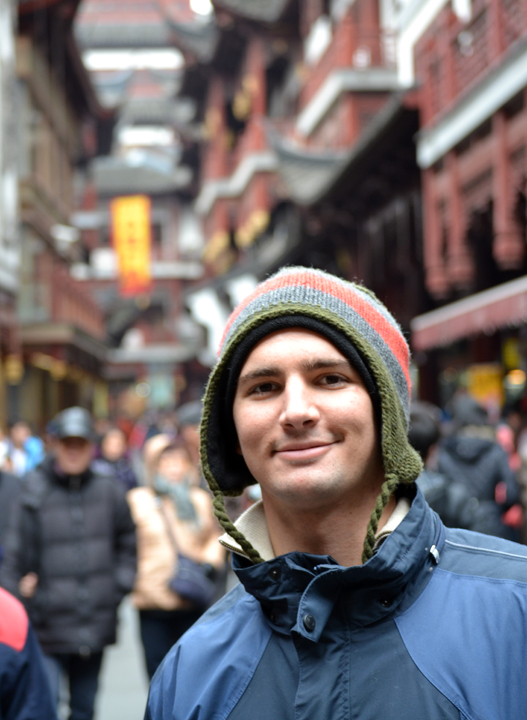 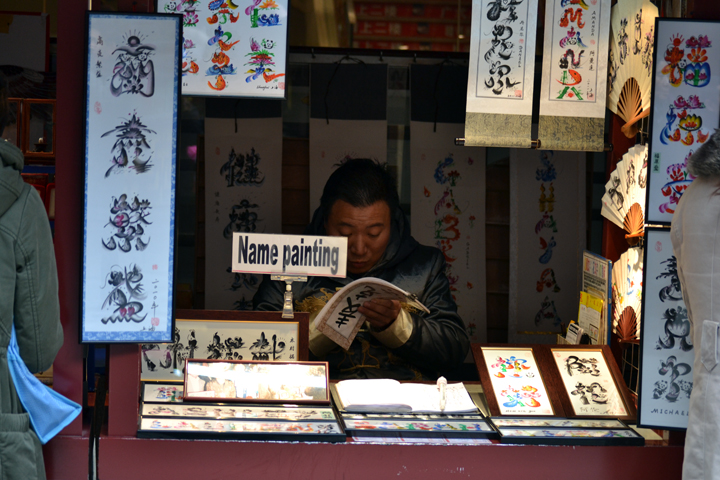 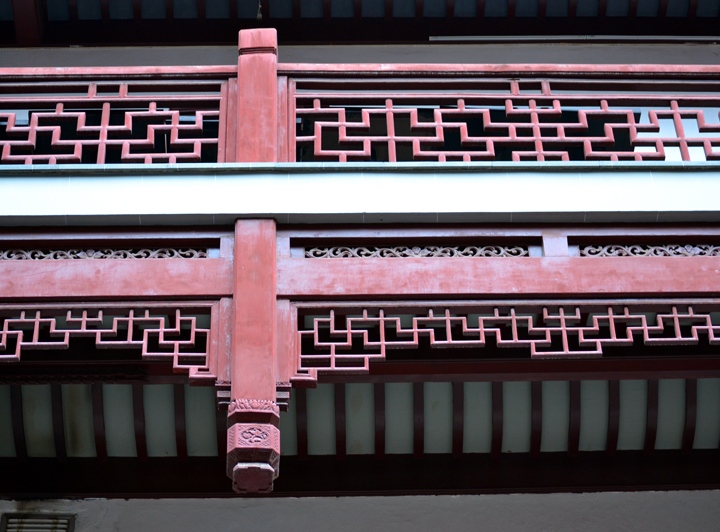 As we walked on we found a walkway zigzagging over a pond filled with statues and fake flowers. At the end of the walkway was the entrance to the actual garden. We didn’t feel like paying extra and decided to forgo the garden. There was enough to see and do on the outside. 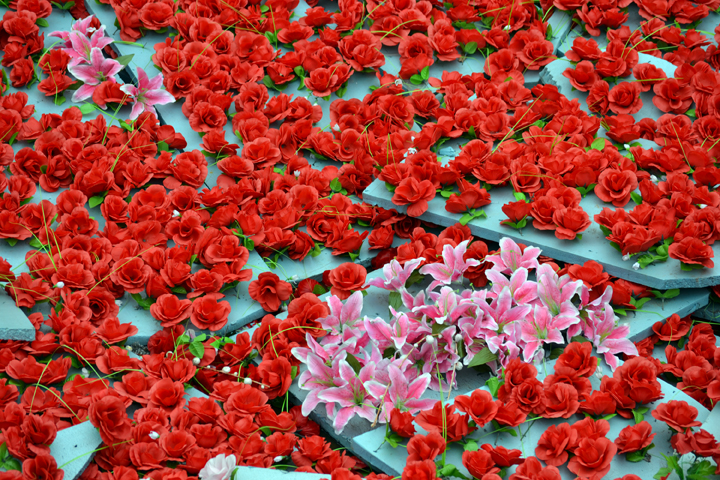 Like hanging out with adorable dogs dressed as bumble-bees. 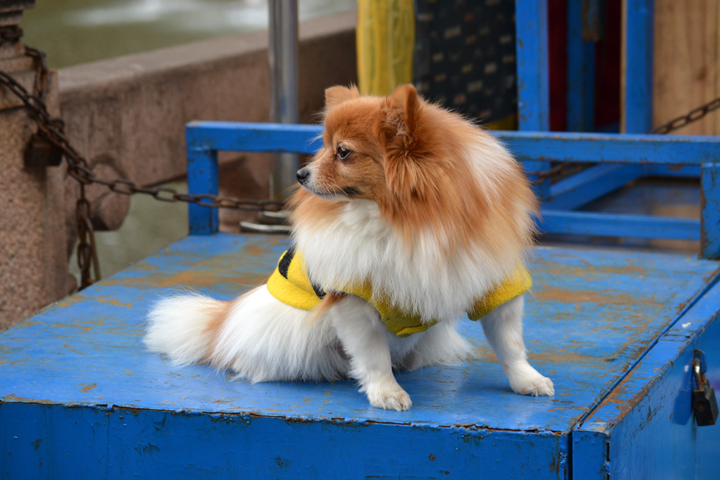 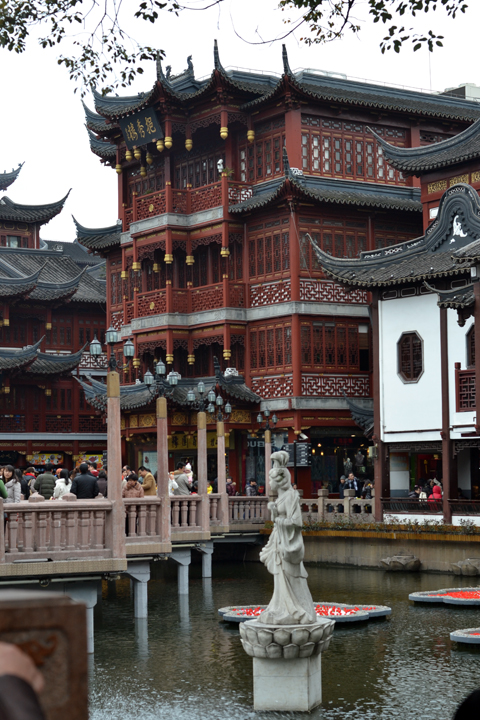 And of course we got hungry. We perused the various food shops selling glazed strawberries, fried treats, and other items on a stick and ultimately planted ourselves at a small restaurant. 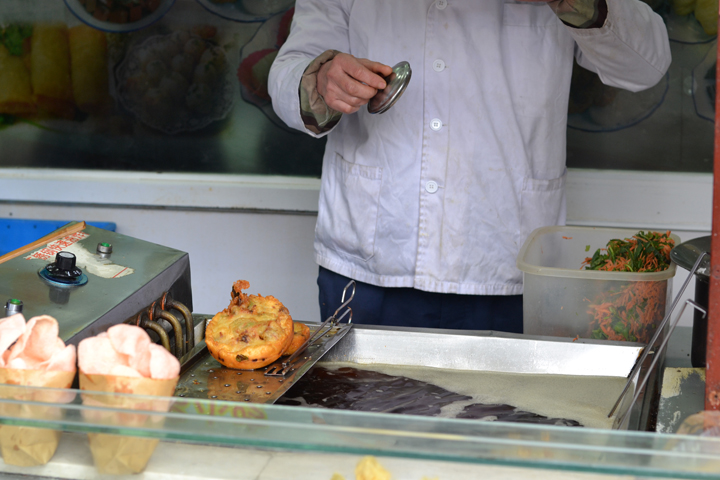 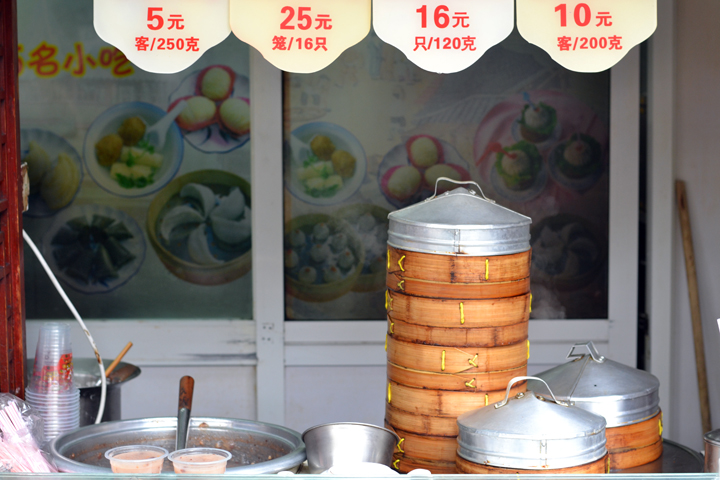 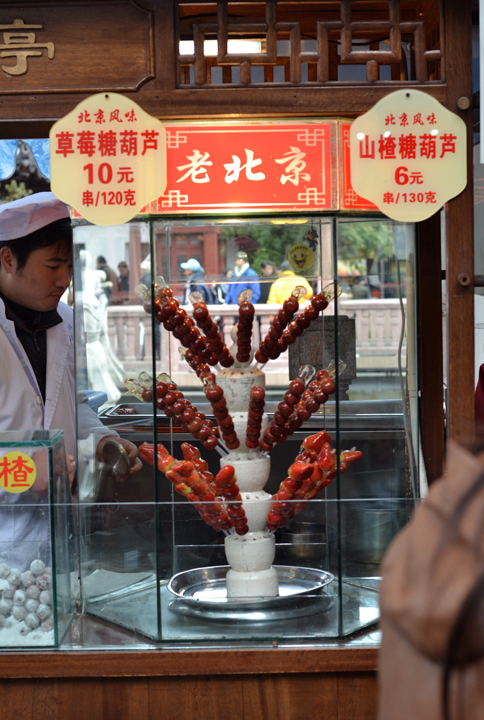 Chicken on a stick anyone? 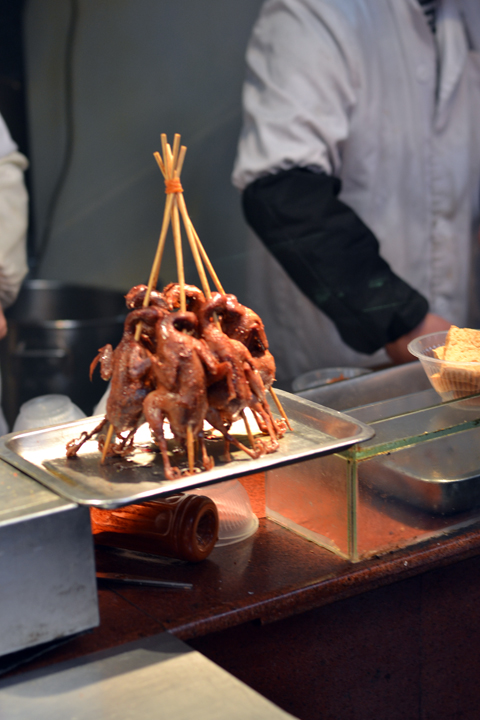 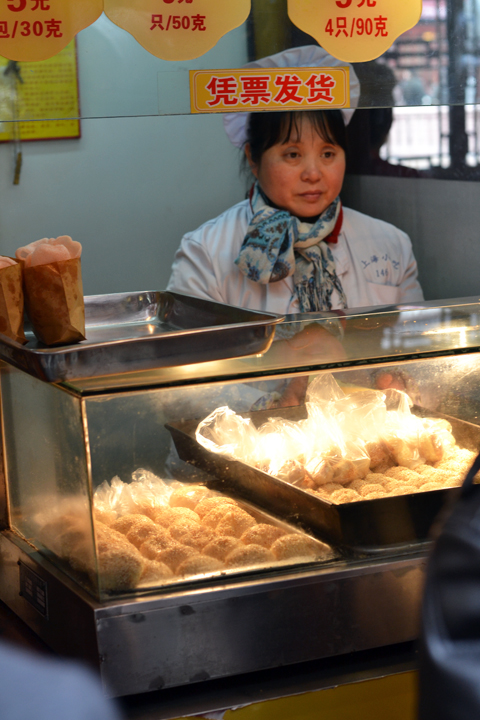 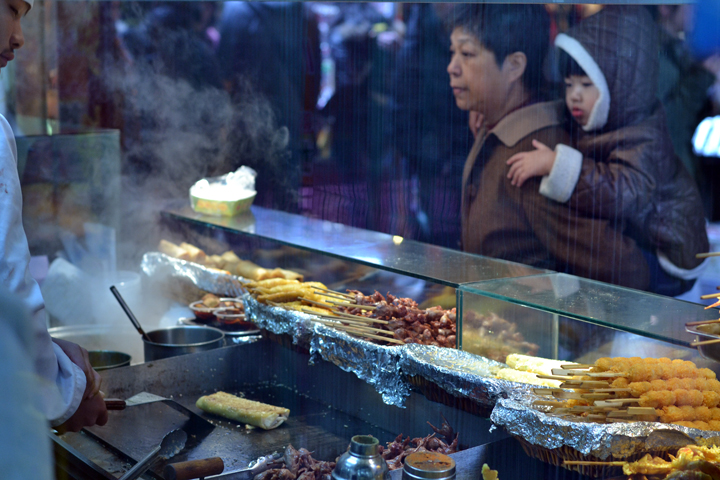 And so we dined on dumplings. So satisfying. And so Chinese. They were not as warm as I would have liked so I gave the shrimp-filled ones to Peter and devoured the dumplings topped to the brim with fried rice. Mhmm. 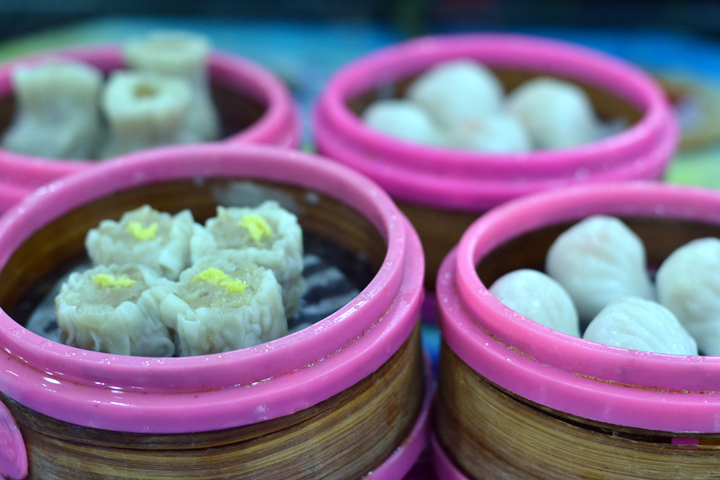 While the day was fairly uneventful, it was just enough for my jetlagged body. All that walking left me exhausted and ready for several episodes of Justified. A perfect ending to a great day in Shanghai.