Sorry for the absence. I started and finished both The Hunger Games and Catching Fire this weekend. I was hooked. And so incredibly involved in the Katniss-Peeta-Gale love triangle. Love triangles gets me every time. But unlike the Twilight series, the Hunger Games actually has a likable heroine. Yes Katniss maybe a little wishy washy when it comes to understanding her conflicting love interests, but she is self-sufficient, resourceful, and kick-ass. I mean if I was fighting to the death, I would definitely fall into the arms of the boy with the bread who loves me. Sorry hunky Gale. She is fighting to survive.

So those are my thoughts on The Hunger Games. Obviously there is much more going on than a love triangle. There is the brutal rule of the Capitol, the sadistic use of human sacrifice to exert control, and other fun things but love is what the tweens and Kirsten focus on.

In addition to reading The Hunger Games, I had a busy Saturday that included spin class, Chorus rehearsal, and then Bridget’s house! We had a great time on the lake and playing with this little gal: 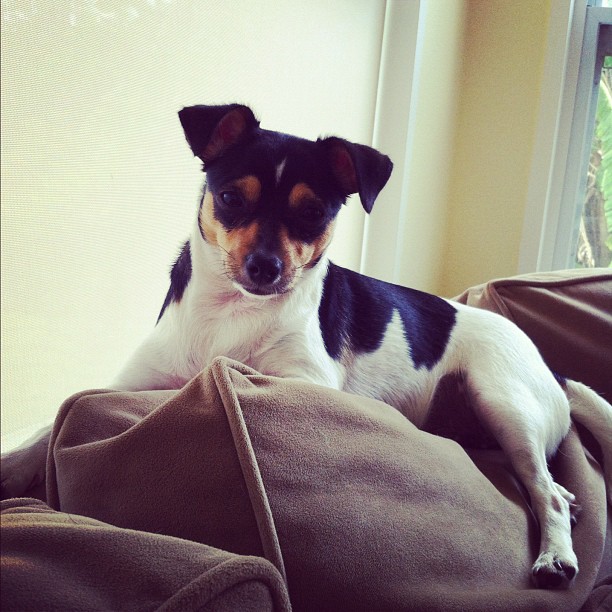 I water skied for a bit before my body threatened to break in half. Water skiing is hard! I felt so weak! I now have mad respect for those professional water skiers who do crazy formations and tricks. You have to be in fantastic shape!

After the pain, we switched over to tubing. That was fun until the tube caught some air on a turn and flipped us over. C barely flipped over my head as I face planted into the water then skid around on my back for a bit. Well at least my sinuses were cleared.

We ended the night with a delicious dinner including a quinoa salad and bean enchilada with faux chicken that I prepared. Being a vegetarian is certainly interesting. Of course I made my favorite healthier Reese’s balls and B and C could not stop raving about their deliciousness. After some high school gossip in the hot tub, we cleaned up, I took a spill in the shower (no comment), and we watched Risky Business. That movie is so risque! But Tom Cruise is a cutie. It was a late night but a good one.

I hung out with B and her two snugly dogs for a bit in the morning then headed out. 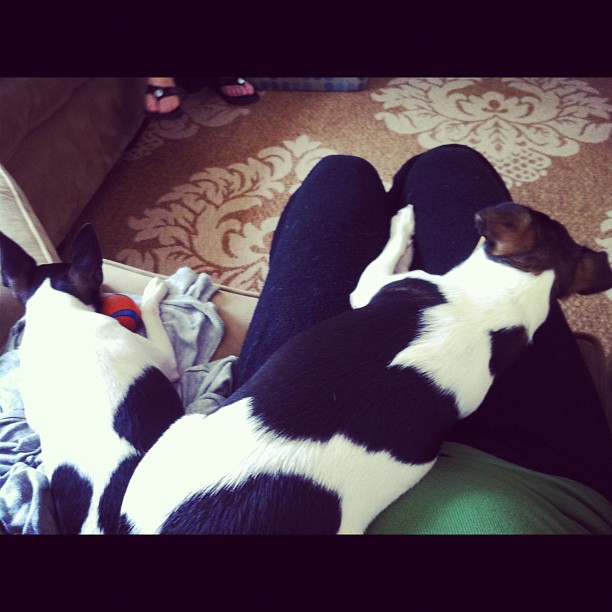 Sunday was spent doing nothing at all except a quick shopping trip and walk outside with my mom. The rest of the day I was plopped on the couch, too absorbed in my books to even do a quick yoga session like I planned. So Sunday was a full on rest day! My eyes were the only things moving. And you know what? It felt good to rest my sore muscles and get lost in a story.

Now I want to see The Hunger Games movie again.

Obsessed. Team Peeta? Or Team Gale? I think I will read the third book before I decide…

Leave a Reply to Jessica @ Sushi and Sit-Ups Cancel reply