If you have ever been to Penang then you know that the population is comprised of 3 distinct ethnicities: Chinese, Indian, and Malay. Although they are all Malaysian, each ethnicity remains very separate from the others. If you look around, you see that people congregate in distinct groups of their own ethnicity. In the manufacturing world, Peter says that the separation is more pronounced with the Chinese reluctant to work with the Indians and so on and so forth. This may seem ridiculous but, if you think about it, the United States is really not so different. Each ethnicity shares a common culture and heritage that brings them together.

The separate but diverse composition of Penang is evidenced in the religious structures around the island. When I first arrived I was shocked by the sheer number of mosques, temples, and churches scattered throughout the city. Muslims, Buddhists, Hindus, and Christians are all represented in the physical framework of the city. These religious buildings are a physical manifestation of Penang’s ethnic composition.

They are also what makes Penang so unique.

One of the more popular things to do as a tourist in Penang is to visit the various mosques and temples on the island. During my second weekend in Penang, we visited the famous Snake Temple, a Chinese Taoist temple in Bayan Lepas known for pit vipers.

Yes I said pit vipers but I will get to that in a second. The temple is very important this year because it is the year of the snake in Chinese Zodiac. Although I have been to many Buddhist temples, this was the first Taoist temple I had ever seen. It had some features of Buddhist temples including fire burning pits at the entrance where people burn offerings and light incense. However The Snake Temple was especially ornate and intricate.

The Penang Chinese Taoist Temples are actually the most ornate in all of Malaysia because of the prosperity of the Chinese in the second half of the 19th century to the Second World War when most Chinese Taoist temples in Penang were built. Penang also has a very large Chinese population. 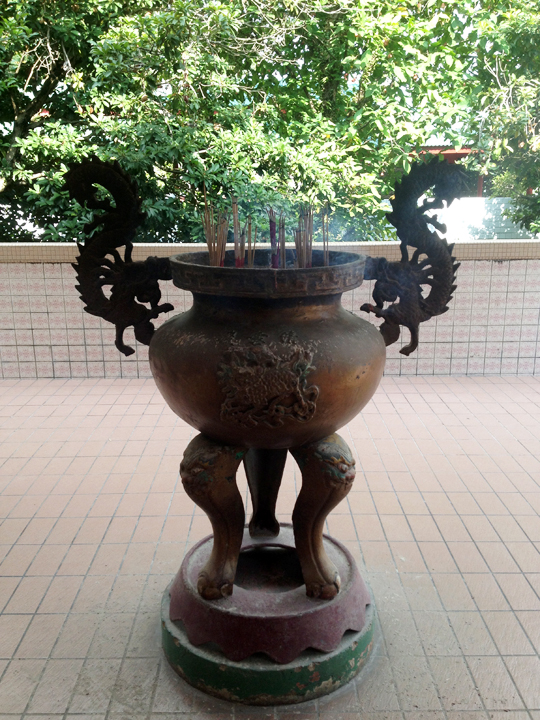 While the temple was beautiful and ornate, the heat was suffocating. Of course my first two weeks in Penang had to be unseasonably hot and humid. Many buildings on the island are not air conditioned and are basically saunas. More often than not, you are drenched in sweat. People smell AWESOME.

We saw several dogs lying on the tiled ground, immobile and trying beat the heat. I was tempted to join them but my need for basic sanitation deterred me. 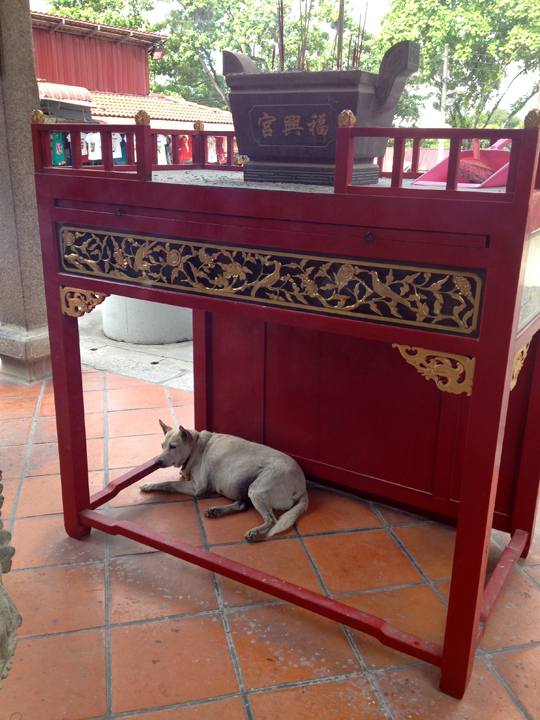 Behind the temple we found some gardens, although I am not sure how anything could grow in this heat. We took a staircase to the top of a cement bridge overlooking the temple roof. Unfortunately, behind us construction on a condominium filled the air with ear-pounding drilling. We quickly descended to escape the noise while gripping the red railing for support.

Now the reason I say The Snake Temple is famous for pit vipers is because legend has it that the temple was built in memory of Choor Soo Kong, who gave shelter to snakes of the jungle. Once the temple was completed, it is said that the snakes came on their own accord. I read that the temple is supposedly filled with pit vipers rendered harmless by the incense smoke. Well the only snakes I saw were the ones kept in glass cases and propped on tourist’s shoulders and heads for a fee.

Thanks but no thanks!

I have to admit that while The Snake Temple was interesting, I was dying to get out of there and jump into a tub of ice. Since there was no ice bath to be found, we settled for the next best thing made of ice… Ice Kacang. First we drove to a small strip of street food stalls on the water by our apartment in Bayan Lepas.

The stalls were bustling on this hot Sunday afternoon with couples, friends, and large families enjoying food and picnics in the shade. While the cleanliness of these food stalls seemed questionable, I was too hot and sweaty to be deterred from eating something cold and syrupy. 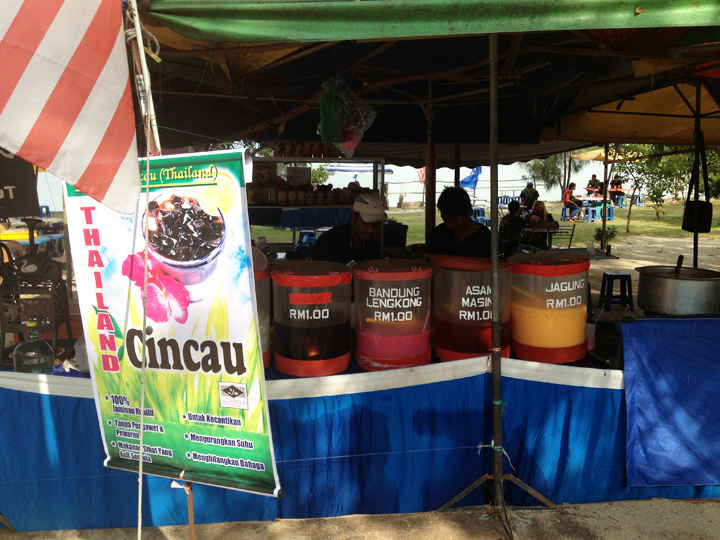 And that is exactly what Ice Kacang is… cold and syrupy heaven in a bowl. Peter and I shared one Ice Kacang made with shaved ice, red beans, sweet corn, cubes of jelly, roasted peanuts, palm seeds, nutmeg, and a generous dose of rose syrup. It was like a cracked out snow cone of deliciousness that was all at once cold, sweet, and savory.

No picture was taken because we were too busy demolishing it all at our flimsy plastic table on the grass. My exclamations of joy disturbed a few Muslim families picnicking nearby but I did not care. I was too busy reveling in the cool shaved ice and combinations of flavors on my tongue.

Although I was still sweating in the humid heat, at least my insides were slightly cooler. That is the paradox of Penang. While the food is absolutely delicious, the weather kind of sucks. But more often or not the food makes up for it. Peter thinks so too. 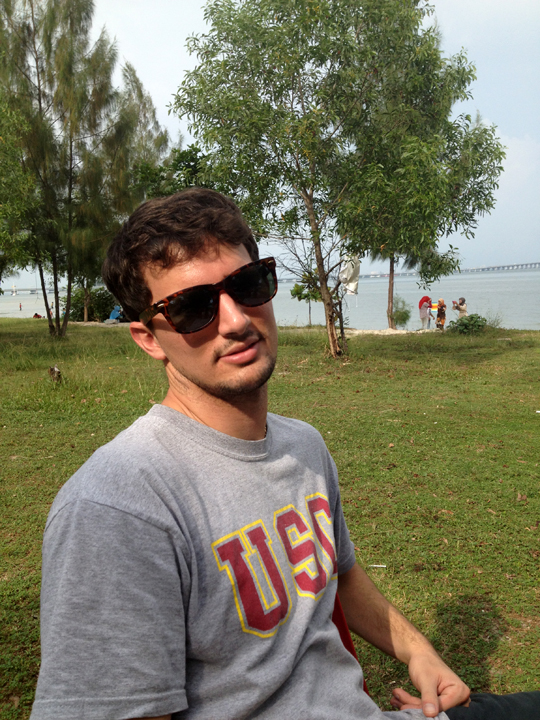 After a long day outside enjoying my first temple and ice kacang in Penang, I was more than ready to retreat back inside to some air conditioning and movies. It was a busy day of firsts.

Maybe next weekend I’ll go back for seconds.

2 thoughts on “A Day of Firsts: The Snake Temple and Ice Kacang”