So far our long weekend trip to Kuala Lumpur was awesome with a full day Saturday at the Batu Caves, Aquaria KLCC, and Chinatown. On Sunday we planned to visit the National Museum and Little India, neither of which we knew much about.

To get to the museum we took the train all the way to KL Sentral where we found out that the only way to get to the museum from there was by taxi. Weird. The National Museum was fairly large with 4 main exhibitions separated into the native, royal, colonial, and modern histories of Malaysia. I found the native and colonial exhibits to be the most interesting. I mean, I do have a degree in anthropology. 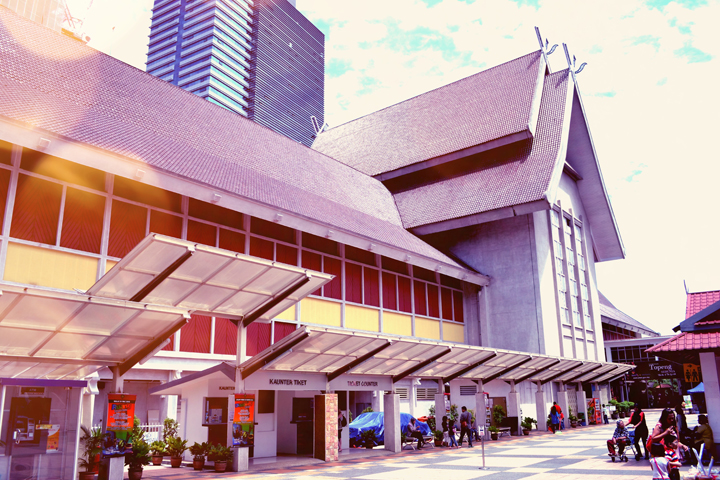 I really enjoyed the museum but all that standing around left me exhausted. By the time Peter bought tickets to an additional Mask exhibition, I was done.

From KL Sentral we boarded the Monorail towards what we thought was Little India. We were confused because we heard that there were two Little Indias in Kuala Lumpur. So of course, we somehow ended up in Bukit Bintang, the largest shopping district in the city. Next thing you know we were hit with a thunderstorm and forced to find shelter in an enormous, posh mall. For some reason my life in Malaysia is confined to malls. It is kind of depressing.

The next day we packed our belongings and left them at the front desk so we could do more sightseeing before our evening flight. After taking the train to the Batu Caves, a taxi drove us out to the rural and mountainous area outside of the city. Soon we pulled into a beautiful picnic area crawling with Muslim families and monkeys. We walked down a concrete path into the forest not really knowing what to expect. 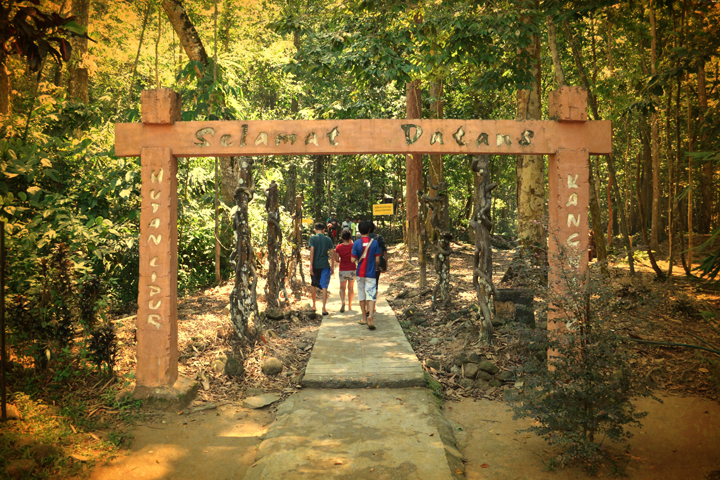 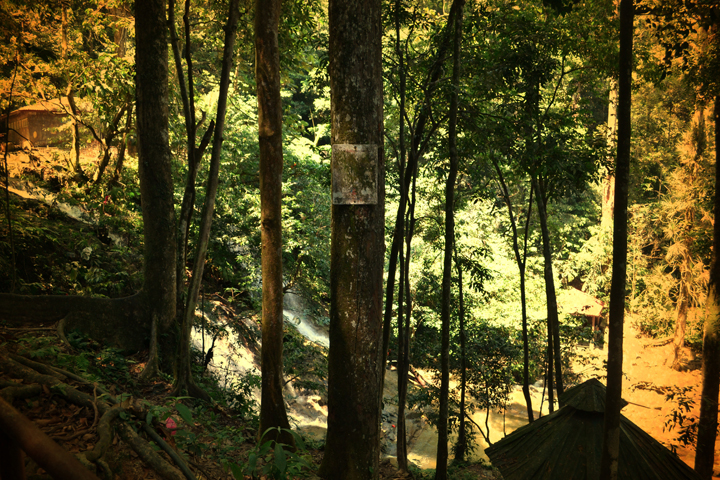 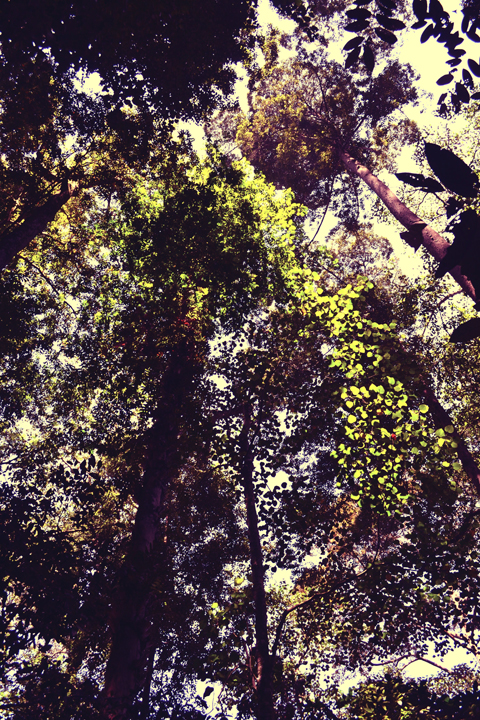 As we walked deeper into the forest, the air became cooler and the sound of rushing water assaulted our ears. The waterfalls must be close by. Soon enough the trees thinned out, revealing a large rush of water cascading down the mountainside. At different points along the waterfall there were picnic tables and swimming areas packed with people enjoying the cool water. We were hoping to find a more secluded spot so we continued to hike up the mountain and up so many stairs! 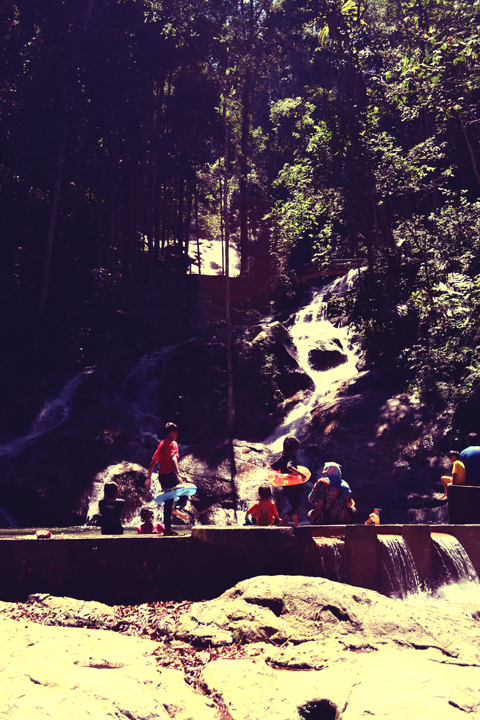 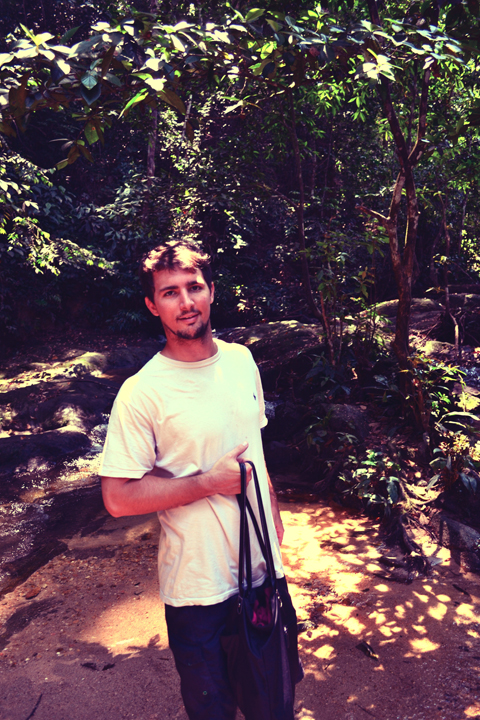 Then we found it. The perfect swimming spot next to a stone staircase where the waterfalls began. We were alone except for two love struck teenagers sharing a precious moment on the bridge…. watching us frolic in the cold water. 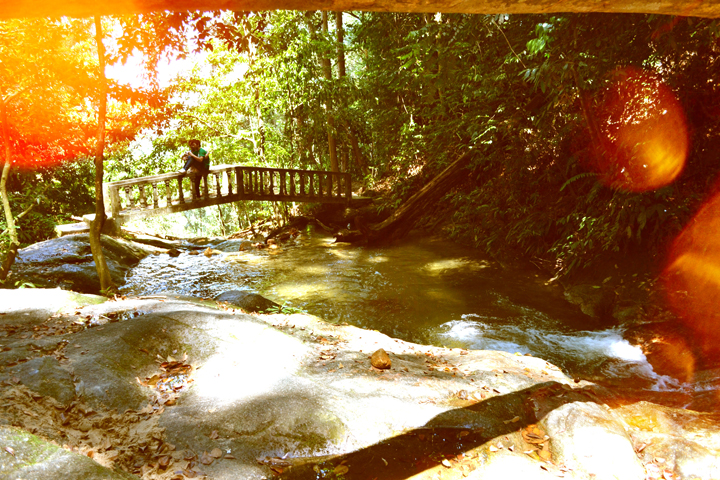 We were unfazed as we hurriedly stripped out of our sweaty clothes and down to our bathing suits. Sliding against the wet rocks, we yelped in reaction to the cold water on our skin and slipped into what can only be described as “heaven”. Eventually the teens left and we were able to enjoy this secluded spot by ourselves.

I was absolutely amazed and thrilled that we were able to find a place like this in Malaysia. Somehow we had escaped the hot heat of the city. I almost felt as though we were in the mountains of North Carolina. The water was cool, the forest was thick, and it was quiet. We laughed, smiled, splashed around, and just sat in the stream, absorbing the beautiful environment. 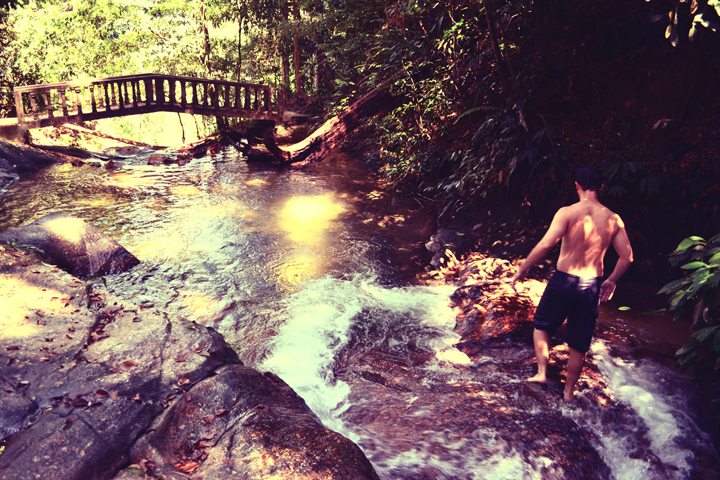 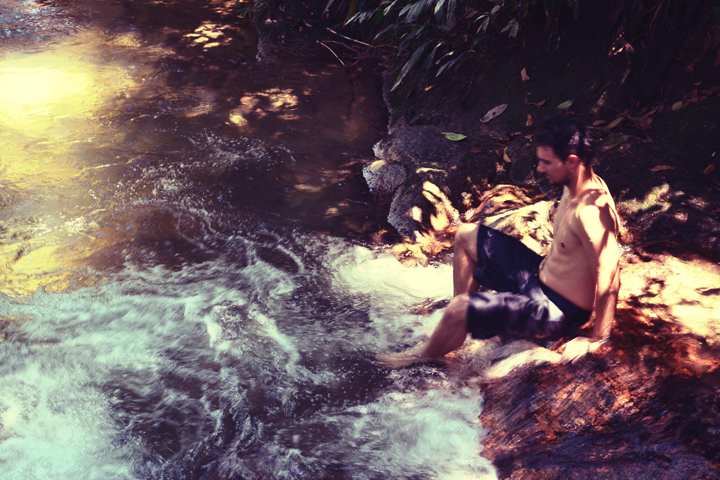 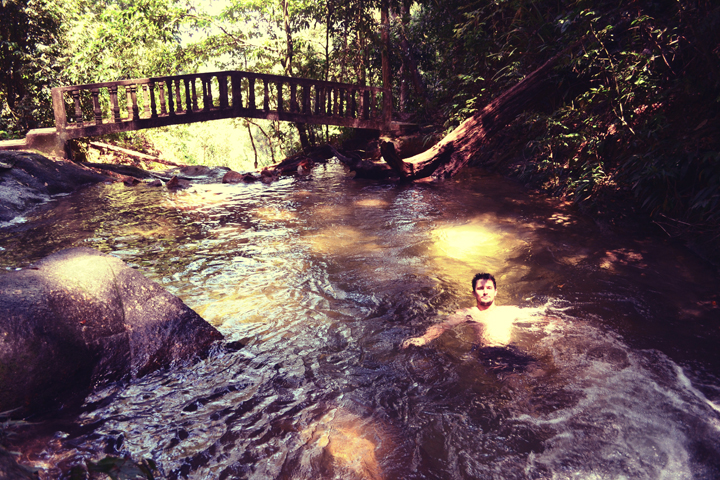 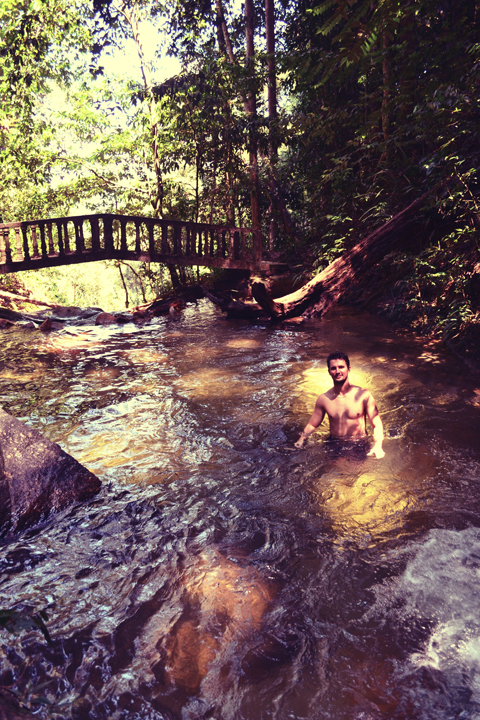 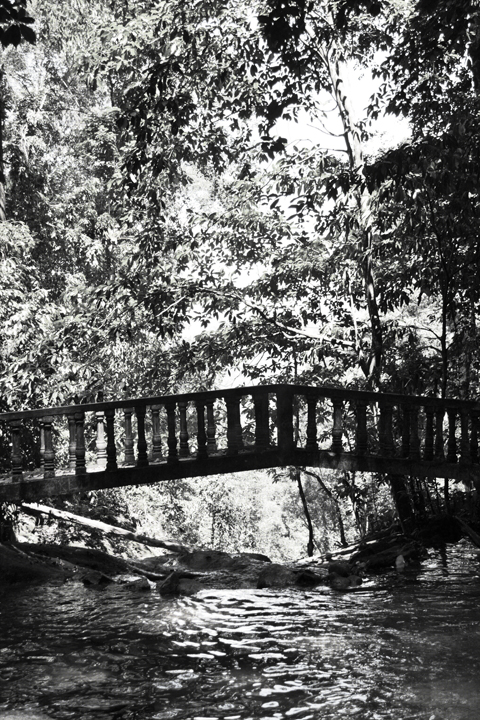 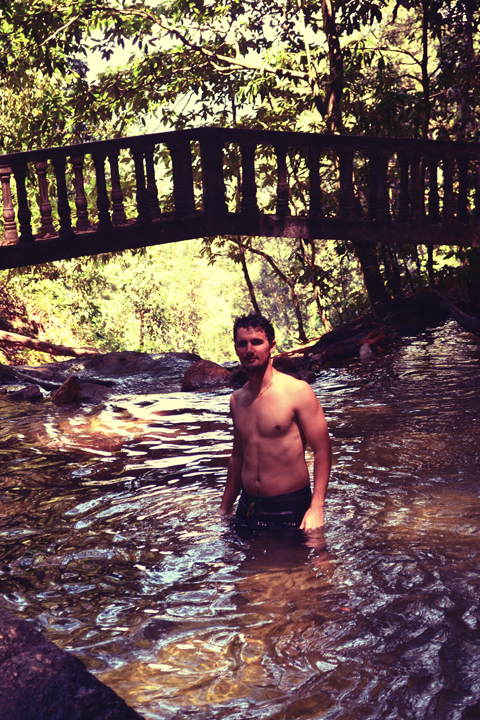 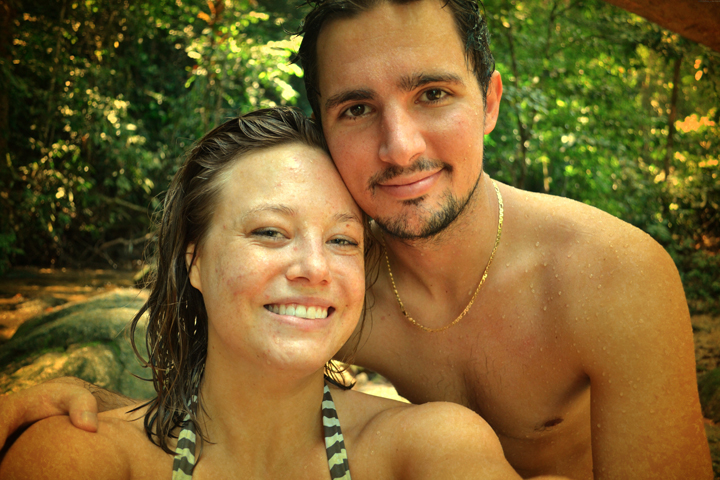 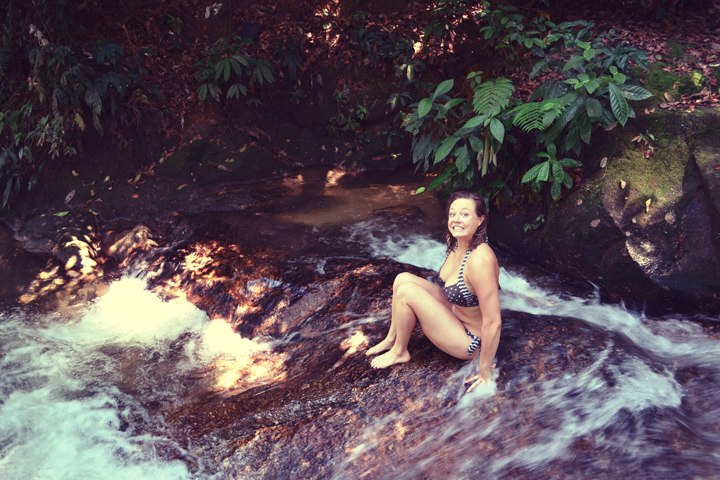 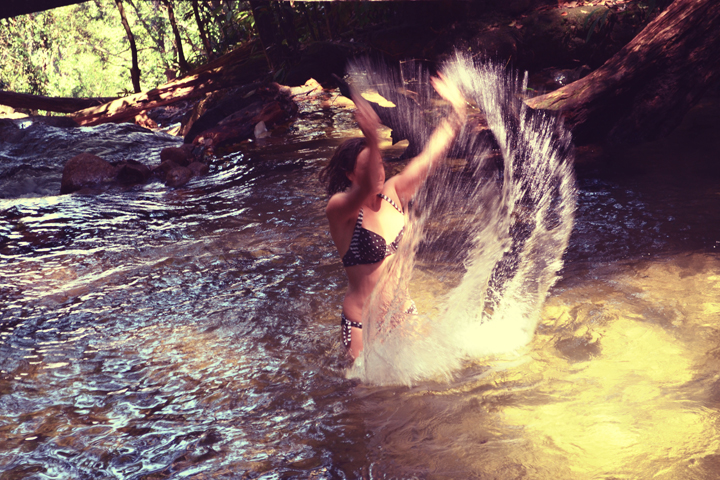 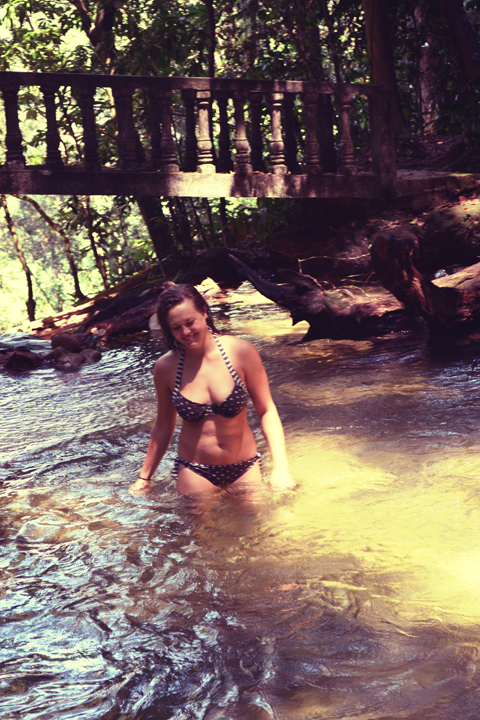 After just an hour in this natural wonderland, we had to go and catch our flight back to Penang. I was so reluctant to leave our little mountain hideaway and prayed that we would find more places like this in Malaysia. Even though we almost missed our flight, I was unfazed for the rest of the day. I had swum in a cool mountain stream away from the craziness of Asia and I couldn’t be more at peace. 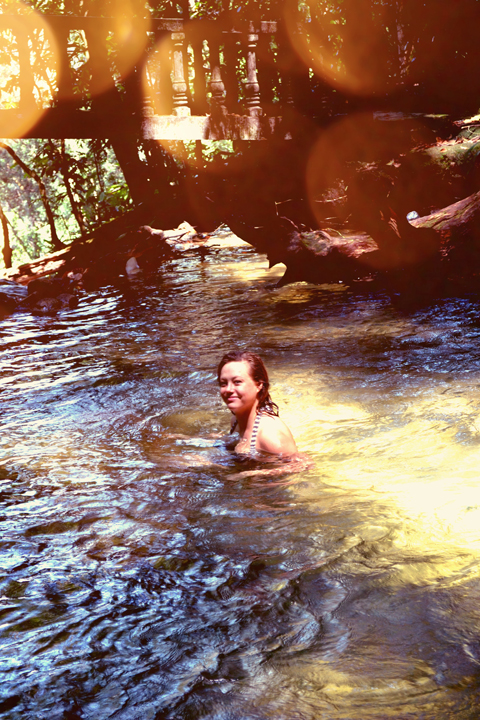 If you ever visit Kuala Lumpur, make sure to take the trip out to Templar Park. Hike as far up the mountain as you can to avoid the crowds and find your own hidden spot in the forest.

I promise you, it is worth it.

2 thoughts on “Kuala Lumpur: Swimming in the Waterfalls of Templar Park”