After a wonderful morning exploring the Batu Caves, we went back to our hotel to regroup before the next item on our agenda: the Aquaria KLCC!

Peter is a big fan of aquariums so we make sure go whenever we visit a big city. The last one we visited was the Shanghai Aquarium which was out of this world. We had high hopes for the Aquaria KLCC  as we walked from our hotel towards the Petronas Towers. To get there, we took a long underground tunnel that is part of the Golden Triangle. After a quick lunch, we found ourselves at the end of the long line at the ticketing counter. It turns out every body in Malaysia had come to the aquarium this holiday weekend. Joy.

We bought tickets anyway and shoved our way inside. The entire place was packed with an absurd amount of people talking, yelling, and swarming around every display. The animals must have been terrified! It was challenging to see anything through the crowds so I made do with peering at the animals over people’s heads (the plus side of being a tall American in Asia). 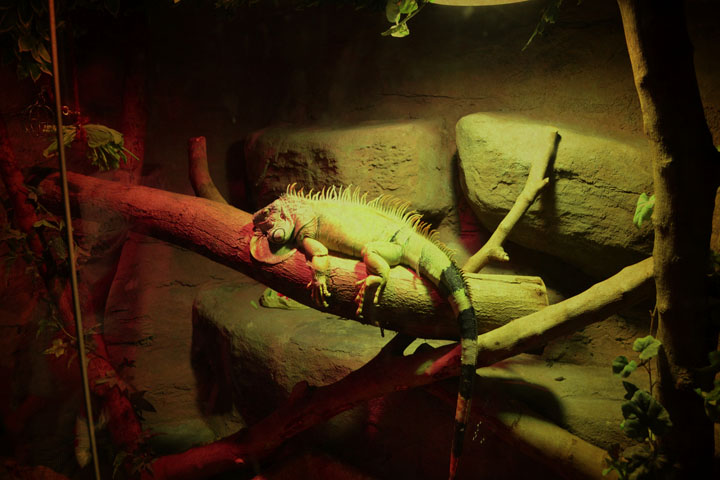 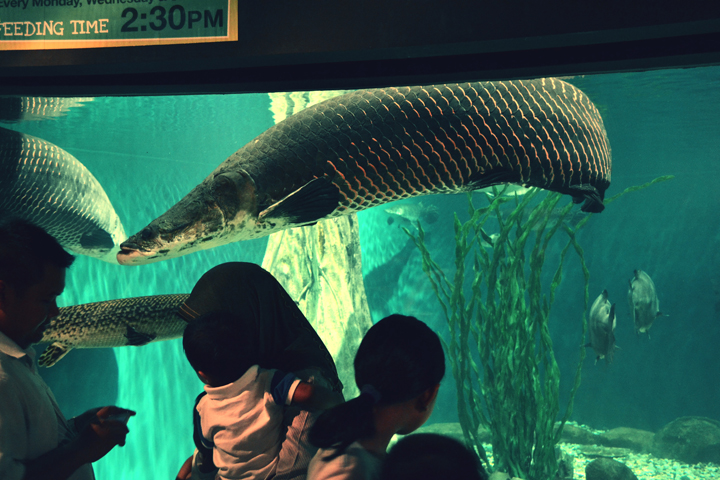 The Aquaria had a lot of really cool animals including enormous otters, fish, and iguanas. They also had teeny tiny animals like bugs, crabs, lizards, and seahorses in small displays that were thankfully less crowded than the big tanks. But the coolest section was definitely the long transparent tunnel with a moving walkway that transported you under the sea. Just like in Shanghai, we watched massive sea turtles, sting rays, sharks, and other big fish glide effortlessly above us. As soon as we would point out a shark, a stingray with rippling wings would come flying from the opposite direction. There was just so much to see. 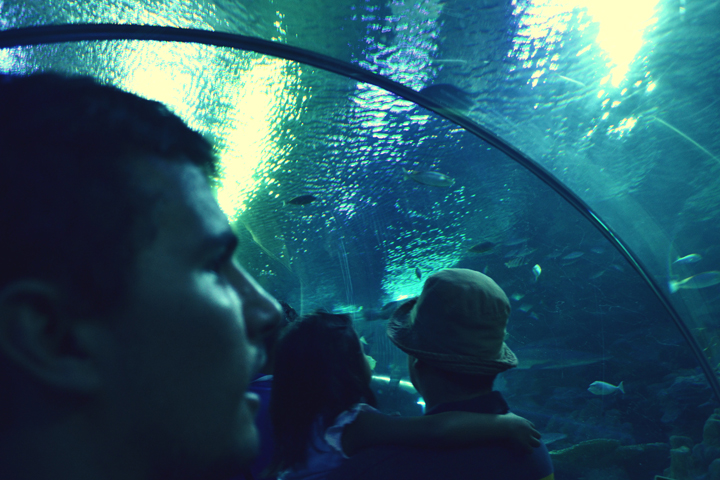 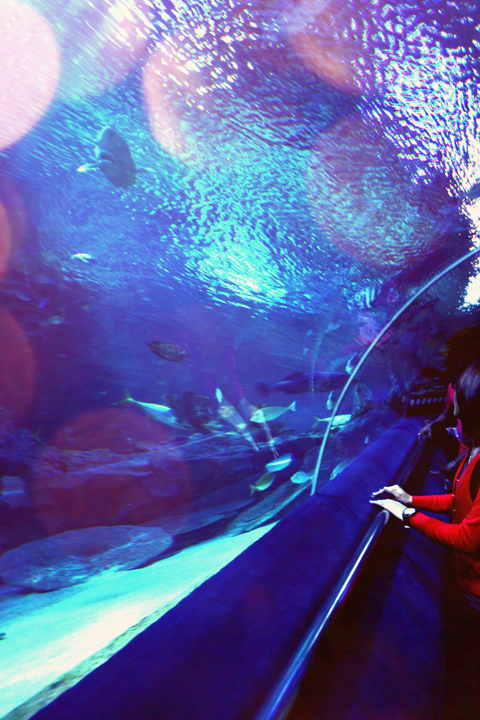 However, my favorite displays were at the end of the Aquarium where there were less people and fewer children mauling my legs in their rush to the tanks. Here the displays beautiful seahorses, coral reefs, and jellyfish were were smaller and more colorful. Remember the amazing neon jellyfish display in Shanghai? Well they had a couple small neon jellyfish displays in Aquaria that were equally awesome. I don’t know why but I love neon everything. 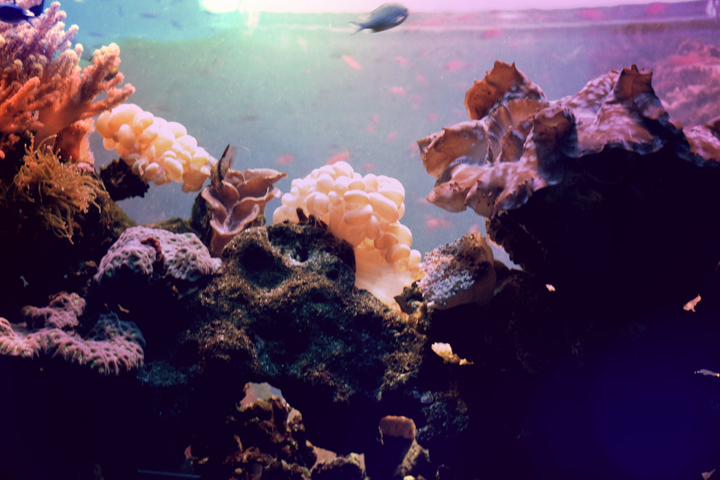 Since I love aquariums, it is no wonder I fell so hard for scuba diving. Aquariums are basically “Scuba Lite”. You get to experience the underwater world from the comfort of air conditioning and unlimited oxygen. But nothing compares to floating underwater in the open ocean and coming face to face with the plants and animals that are no longer separated by glass. The thrill comes from the understanding that you can reach out and touch them if you wanted (but don’t!).

As much as I enjoy aquariums, the ridiculous crowds of people in Asia and the thought of the animals stuck in small spaces makes me cringe. Now it is only the real deal for me. Scuba diving or bust.

Our long day of playing tourist culminated in a shuttle ride from our hotel down to Chinatown. We had no idea what to expect but were a little let down by the sight of a street packed with vendors. We were definitely not in the mood to buy any purses or KL knickknacks.

So we were instantly intrigued when we caught sight of this Reggae Bar at the end of the street. A Reggae Bar in Chinatown in Malaysia? Sure, why not. We ended up having a great dinner and plenty of drinks at an outdoor table. We were enjoying ourselves so much that we moved inside to the cozy bar for more drinks and hookah. 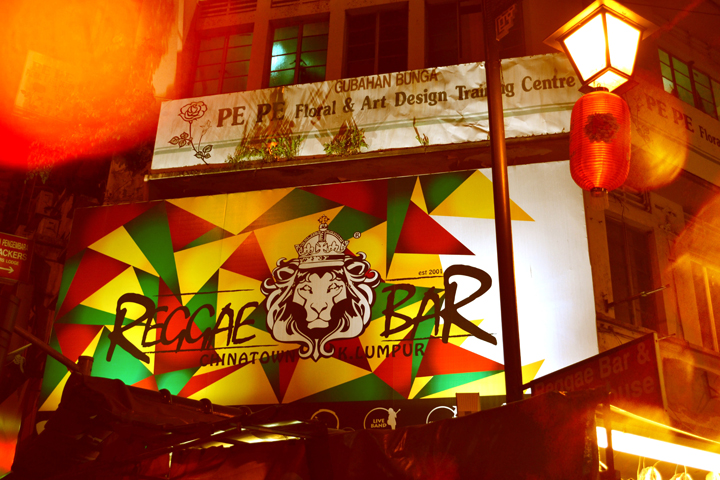 It was a completely random but crazy fun way to end our first day in Kuala Lumpur. This spontaneous night was actually one of my favorite parts of the weekend. As much as travel is about seeing the big tourist attractions, travel is also about getting lost and finding the unexpected. No matter how many travel guides you read or “Things to Do in …” you google, whatever you do in any place will be uniquely YOUR experience.

So just go, get lost, wander, and discover the unexpected. Like a Reggae Bar in Chinatown in Malaysia. Or German food in the French Concession in China. Embrace it.

4 thoughts on “Kuala Lumpur: From Aquaria to a Reggae Bar in Chinatown”