Last September of 2014, I traveled to New Zealand for the first time. It was one of my favorite trips ever and I am excited to finally be able to share it on this blog.

My fiancé had a trip to NZ planned with his groomsmen and there was no way I was going to be left behind in China for 2 weeks. So I went. With his mother. Thankfully Linda was awesome enough to meet me across the world and let me plan the entire trip… backpacker style. After such an incredible experience in Ireland with Shamrocker Adventures Bus Tour, I found a hop-on hop-off bus tour company called Stray NZ and went from there. But before we took off around the North Island, we met up in Auckland for a few days. 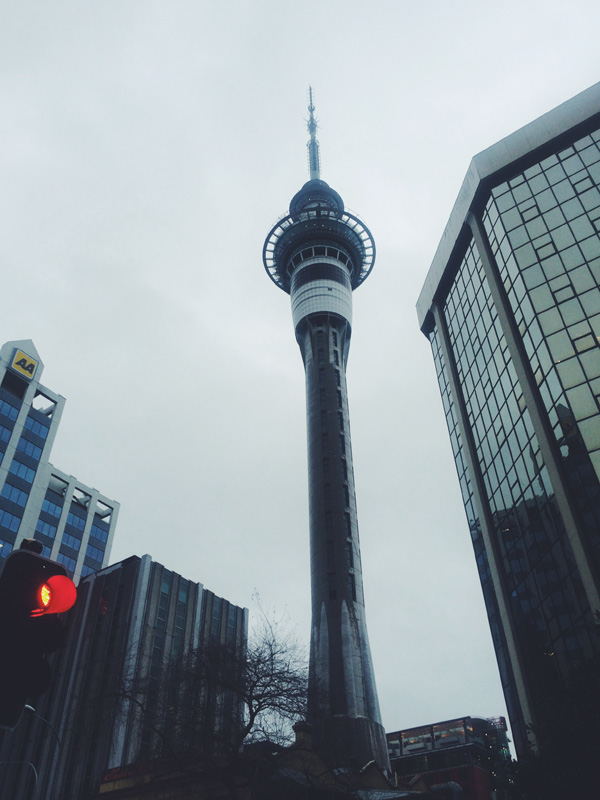 Peter and I took the 12 hour flight from Shanghai, arriving in Auckland in the afternoon. We met with his customer who showed us around the city and took us to a nice outlook point and dinner at a great restaurant. I was surprised at how cold and windy it was! But I guess that’s what you get for traveling at the end of winter. September ended up being the perfect time to travel to NZ since it is considered the slow season. That means fewer tourists and cold weather! Hooray! It felt amazing to leave steamy hot Shanghai behind for a few weeks and escape into the wilderness. 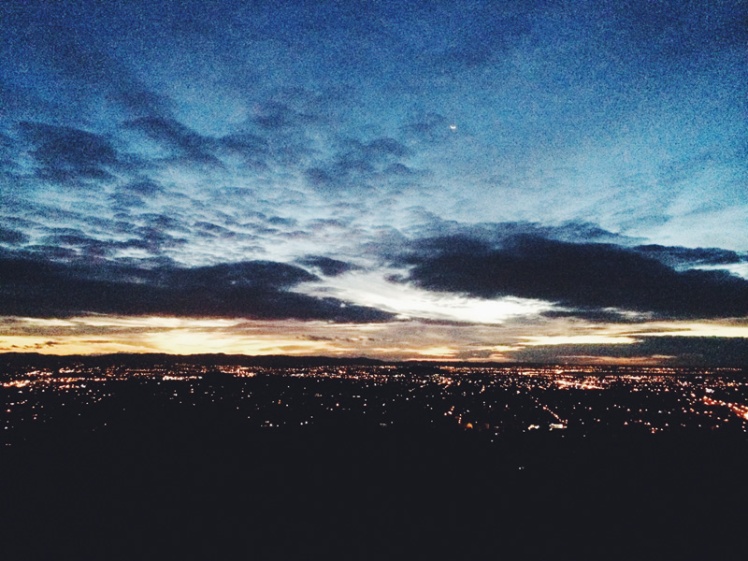 The next day I picked up Linda from the airport while Peter spent the day with his customer. We settled into our swanky hotel downtown and went to bed, exhausted from traveling. The next day was a flurry of drama when Peter slept through his alarm and wasn’t there to meet his friends at the airport. They ended up calling me at 5am, lost and confused. Whoops! We met the boys for a fun dinner before they began their journey in a rental car down to the South Island.

Linda and I stayed in Auckland for 3 days and it basically rained the entire time. Yuck. It was cold and dreary and not entirely pleasant. We shopped quite a bit and ate a lot of good food which was nice. We also stocked up on cold weather necessities like long underwear and wool hats, better prepared than sorry! But I hate big cities and was anxious to get out and see New Zealand.

On Sunday we took the ferry to Waiheke Island for a Wine Tour.

We boarded a small tour bus and headed out towards the wineries. It was another gloomy day with a chilly rain blanketing the island which reminded me of a small-beach town in the winter. You know, except for the dramatic cliffs and wild landscape. Now THIS was the New Zealand I had imagined with rolling hills and scruffy trees dotting the green landscape. FINALLY.

We visited a winery and olive grove for lunch, a badass brewery in a basement, and another winery with a stunning view. We sampled everything from merlots and pinots to ginger beer and lagers. It was fun! I love a day full of eating and drinking. 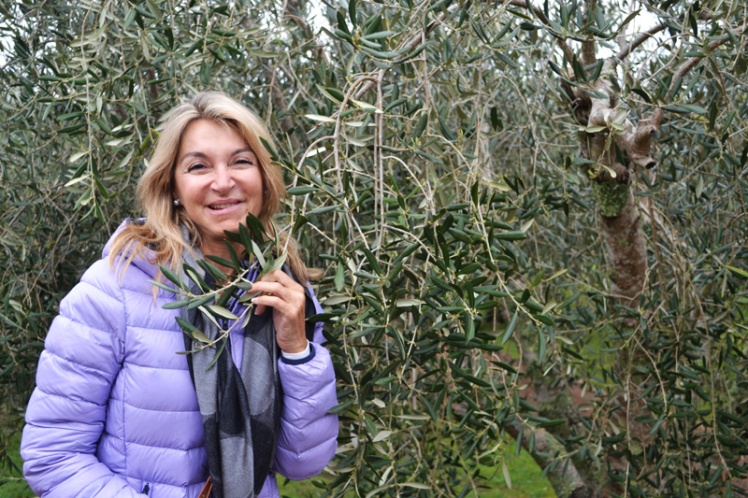 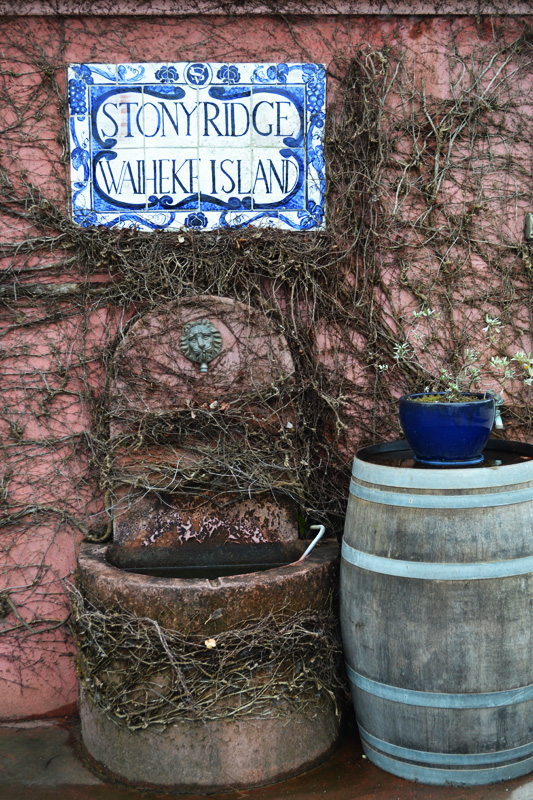 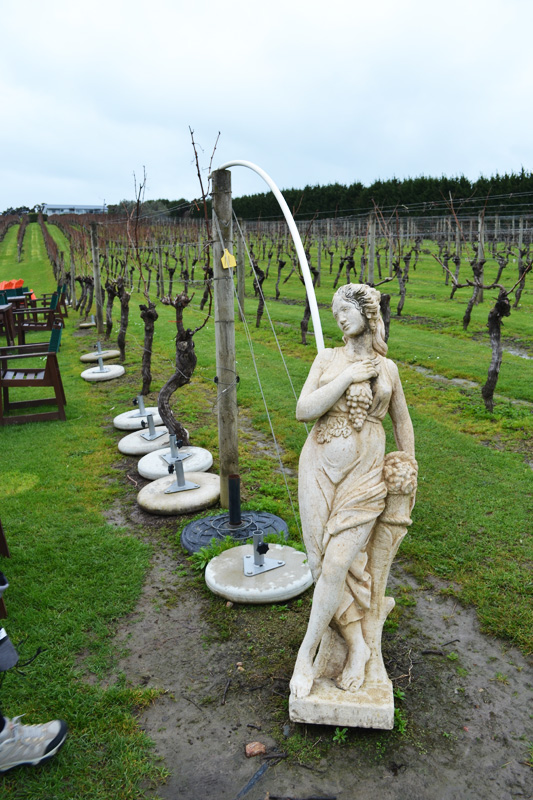 My favorite was probably the hipster brewery in a basement and the Mudbrick winery, situated on a gorgeous hill overlooking the gulf.

They had lavender plants everywhere, how lovely is that? Apparently it is a popular wedding location as well and I can definitely see why. 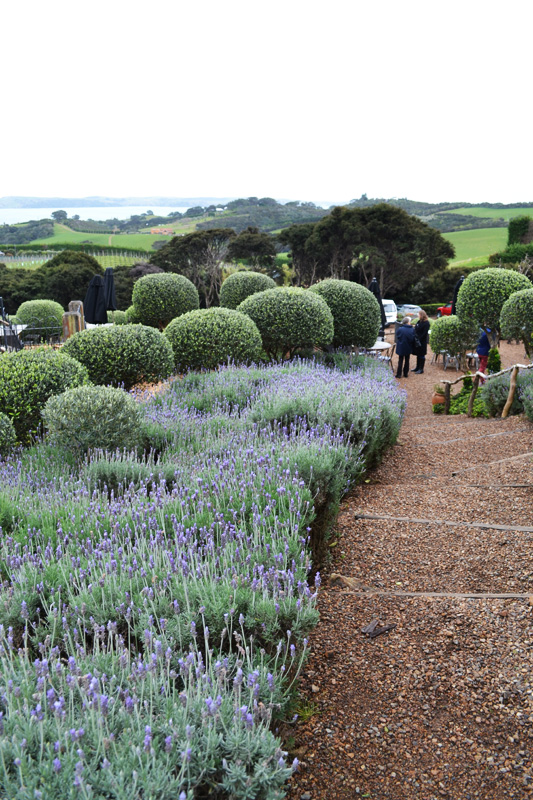 It was a nice little day-trip that had me salivating for more. We spent one final day in Auckland preparing for our bus tour and getting free facials at the Lush store. Auckland was pretty nice but I was READY TO GO.

Our backpacker bus tour was about to begin and I was nervous. Linda had never really roughed it traveling before and had never spent the night in a hostel or even in a sleeping bag. I had no idea how she would handle the constant go-go-go of the tour and the less than swanky accommodations. But I knew that she would be up for the challenge as long as I was there to support her along the way. If anything, I knew this would be a life-changing experience for the both of us as friends and as a new family. 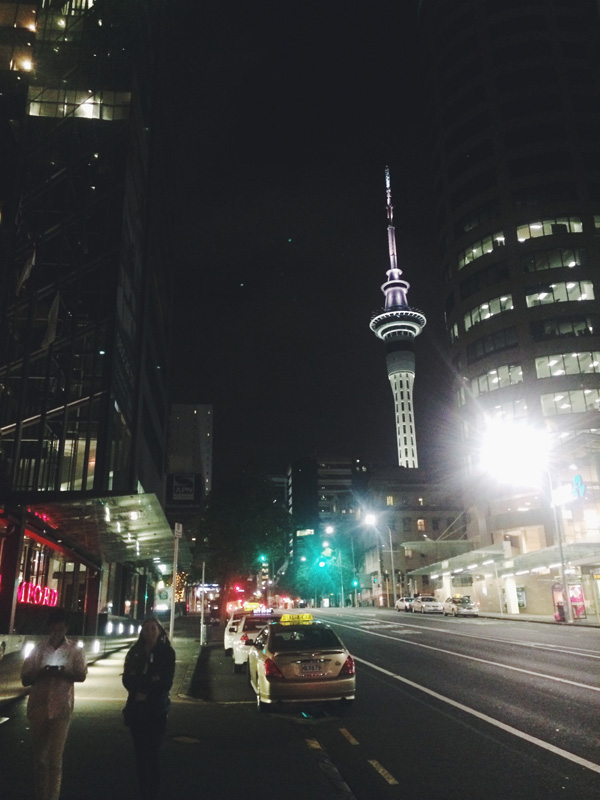 New Zealand 7: The Tongariro Crossing… a Tale of ice picks and wet socks

7 thoughts on “New Zealand 1: Rain, Wine and Waiheke in Auckland”