2016 was yet another crazy and unpredictable year that became the year of domestic travel. That is huge! My life of international travel has slowed down to almost nothing but to be honest, I am grateful. Grateful to live close to my family, thankful to explore parts of the US I have never explored before (hello Tennessee!), and thankful to finally put down some real roots. This year we lived in two cities (Memphis and St. Petersburg) and traveled to 9 different cities in the US including Oxford MS, Knoxville TN, Nashville TN, Orlando FL, Harbor Springs/Mackinac MI, Philadelphia PA, Lancaster PA, Portland ME, Park City UT. It was still a year of travel, just with a different focus.

This year we owned not just one, but two homes! As first-time homeowners in 2015, this was definitely an adjustment and huge learning experience. After only 11 months in our incredible Memphis home, we put our house on the market and moved back to Florida. It was one of the hardest yet easiest decisions of my life, if that makes sense. Let’s recap shall we?

2016 kicked off with some major life adjustments including a new puppy, a full-time job, volunteering, band rehearsal and choir rehearsal while keeping up with new friends. Whew! My sister visited and we spent the weekend showing her Beale Street and real Memphis BBQ (dry rub of course). Then on the 22nd something wonderful happened… snow day in Memphis! Peter and I took off work and walked around our neighborhood among the flurries while Smokey frolicked in the fresh snow. It was a magical day! By the next day, the snow had melted and we did a muddy hike at the Shelby Farms dog park, my new favorite place to go on the weekends with this handsome guy.

Mid-February was my first gig with my band at Club 152 on Beale Street and it was an exhilarating yet terrifying experience. It felt so empowering to sing on stage again and I will never forget rocking out with some of the most dedicated and funny people I have ever met. This was hands-down my favorite memory from 2016. I miss being in the band so much and I would move back to Memphis NOW if only to be back rehearsing with my friends. Excuse me while I go cry for a second :(. At the end of the month Peter and I drove to Oxford, MS to see my aunt and uncle who were in town with their new puppy. It was long drive but definitely fun to visit Mississippi for the first time and eat some really good fried food. 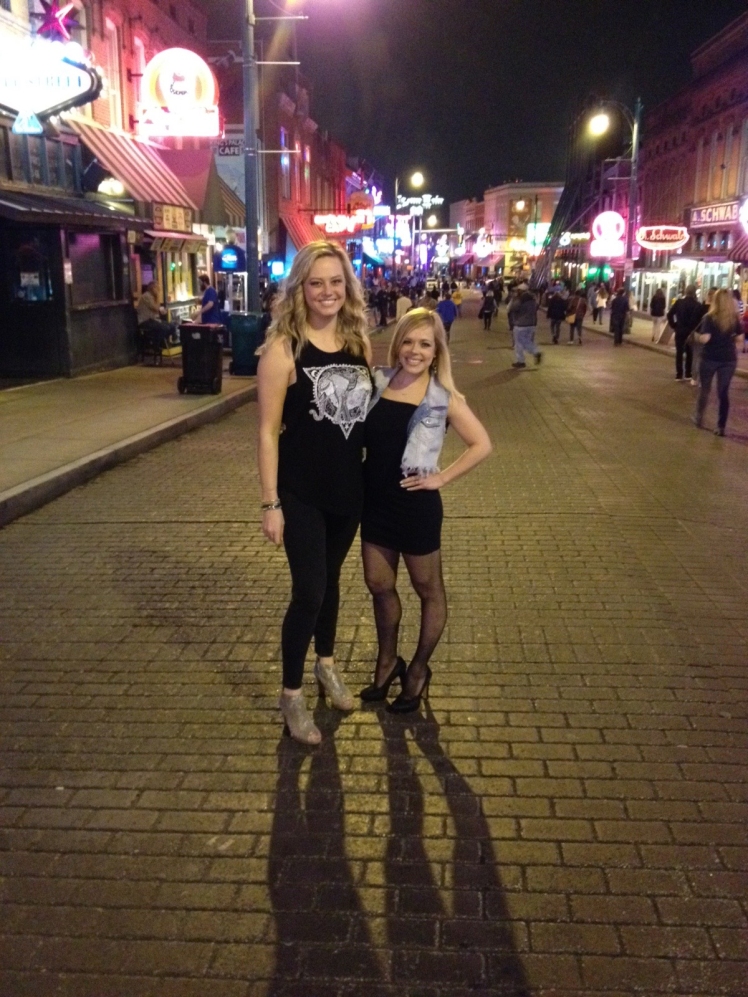 We suddenly learned that Peter’s job in Memphis would be ending prematurely and our lives were turned upside down (again). I had grown to love Memphis exponentially and I was only leaving IF we were going home to Florida. Thankfully he was able to secure a new position immediately back in St. Pete. Hooray? I cried from the sheer relief that we would not be going back to Asia but was still sad to leave. We immediately put our house on the market (shout out to our incredible realtor and friend Courtney) and began to organize movers and home repairs while breaking the news to our Memphis family. It was a bittersweet time.

By April 3rd we had packed up our life and begun the long drive to Florida. Our beautiful first home in the perfect neighborhood with the gorgeous backyard, original wood floors and quirky layout of a remodeled 1940s home was back on the market and I was heartbroken :(. We moved into a temporary apartment in St. Pete and started a very different house hunt than before. I fell in love with the first home I saw and everything snowballed from there. I began working with my dad again, going to the office, attending charity meetings and joining a gym. Peter and I began to reconnect with family and old friends and started to piece together a life back in our hometown.

At the beginning of the month I drove to Bonita Springs to visit my bestie and relax at the beach. Then Peter treated me to a fabulous weekend at Universal Studios for my 28th birthday. We reveled in Diagon Alley and Harry Potter World and I got dizzy on rollercoasters, a sad realization of my new age. On the 21st we drove back to Memphis for a quick trip to supervise movers with our furniture and were able to visit a few of our friends which was wonderful. I miss these people so much.

After a month of claustrophobic apartment living, we moved into our grandma’s beach house and I (barely) survived insane hurricane flooding while Peter was out of town. On the 11th we traveled to Knoxville for Peter’s tennis tournament and were thrilled to be back in Tennessee. It was a lot of tennis watching in the hot sun but we were able to explore this fun college town for a while. By the end of the month we put an offer on a house and began the whole selling a house while buying a house thing. Which is exhausting, I would not recommend it.

By July 1st, exactly 1 year from the purchase of our Memphis house, we bought our home in St. Pete. Wow! My bestie, her boyfriend and mom all came to stay with us for the Fourth of July which involved lots of boating and fishing. Afterwards, Peter and I officially moved into our new home. I travelled to Nashville for a Bachelorette Party and was thrilled to be back in my favorite state AGAIN. Nashville was definitely a lot of fun (and apparently the #1 bachelorette destination in the US??) but it doesn’t hold a candle to Memphis in my opinion. At the end of the month it was our big week up north!

First we celebrated my cousin’s wedding in northern Michigan, finding peace and enjoyment in this beautiful part of the country. We stayed on the Boyne ski slopes and fell in love with Harbor Springs and the spectacular lakeside sunsets in Bliss (yes this is the name of the town). We had a blast dancing for hours at the wedding and spending time with my cousins during those long summer nights. On our final day in Michigan we took the ferry to Mackinac Island and bicycled around with the throngs of day tourists. It made me miss the Aran Islands.

After Michigan, we flew to Philadelphia, spent the evening with my sister before taking the train to Lancaster, Pennsylvania for another wedding. Lancaster is one of my favorite towns and it felt good to be back to celebrate with people we consider family. What a long wedding week! Later in the month I started my photography business, taking lifestyle photos of some of my favorite families. I even attended BeerFest with some girlfriends and BAM Florida began to feel like home again.

By September, life finally started to slow down and become a little more manageable. We stopped traveling and instead spent time with our family and friends at home. We spent Labor Day on the boat and I made a new friend! This friend and I saw Gone with the Wind at Tampa Theatre and started a Young Adult Book Club because we are cool adults. This month I also dialed into my back pain and began getting blood work and other health screenings done to try and identify the cause. My back pain began in China and I was ready to shed the pain of that stressful and anxious period of my life. Bye Felicia!

October was another quiet month of work, working out, volunteering, and attending countless appointments for my back pain which have been slowly but steadily making a difference. Peter went to Denver and a tree branch fell on our house (just like in Memphis, great thanks). For Halloween we had dinner at our place with Peter’s mom and totally failed at giving out enough candy to the throngs of children ringing our doorbell. Apparently our neighborhood is a hot spot!

November got a bit crazy work-wise as planning for my charity event in January began to ramp up. Naturally this was the perfect time for us both to get extremely ill. Then the Election happened… yeah we don’t talk about it. Peter traveled to Shanghai for the first time in 2 years and was so happy to be back! I was so happy to not be there :). We celebrated Peter’s 29th birthday at a weird Thai dinner and expensive bowling at Splitsville. Finally, we spent Thanksgiving with family at my parent’s house and enjoyed not being in charge of the food this year. That way I couldn’t fail at purchasing a raw turkey instead of a pre-cooked turkey. Whoops. 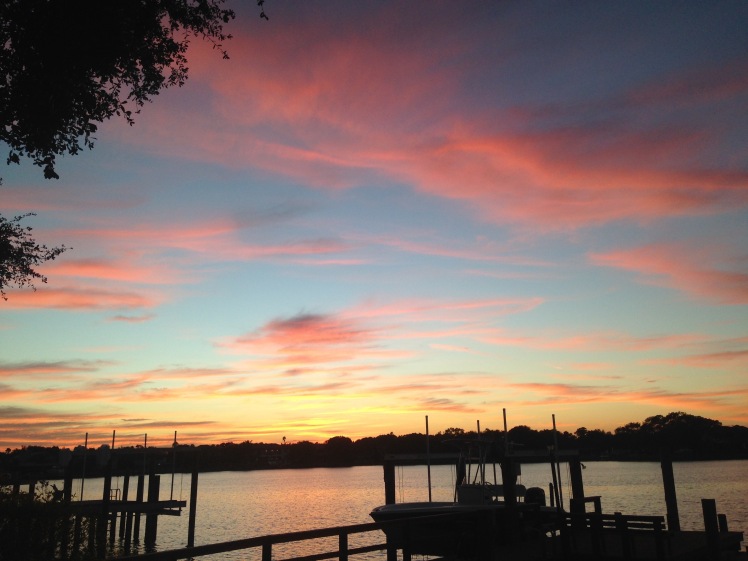 It was finally time to travel to Portland, Maine to see my roomie’s newborn son! I loved being back in Maine, spending time with my favorite people in the world and my new favorite little person! It has been 6 years since we graduated from college and it was emotional being back in place that changed my life forever. It was bittersweet to relive college memories with my roomies and experience this place as an adult. 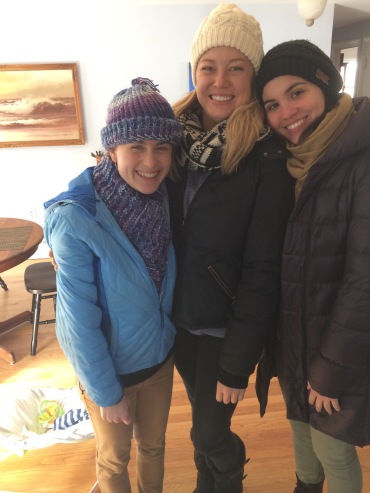 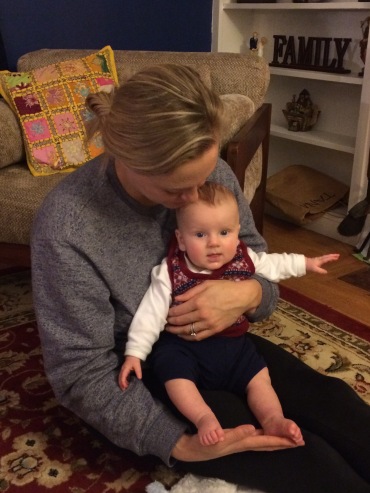 Lucky for me, my bestie visited me in Florida just a few weeks later for some pre-Christmas R&R and emotional support for countless holiday parties. Things got interesting when Peter had to get rabies shots after being bitten in the head trying to break up a dog fight featuring our very own pup. It was all very dramatic but very funny to say the least.

I photographed a few more lovely families up until Christmas Eve which was spent shuffling between families while packing for our flight the next morning. On Christmas Day we traveled to Utah for a skiing holiday and skiing was a massive success! We stayed at a condo in Midway and alternated between the Park City and Deer Valley slopes. And surprise, my sister got engaged!! Bring on the wedding festivities!

By New Years Eve we were back in warm and humid Florida, watching the fireworks burst over our heads on a boat at the marina. A great way to ring in the new year. 2017, you are going to be amazing! You will probably not be full of international travel and that is a new adventure I am ready to explore.