Have you ever traveled by train?

It is one of my favorite ways to travel. Yes flying is fast and convenient and all that jazz. But trains provide a particular romantic atmosphere that forces you to slow down and watch the world pass you by.

Trains have a magical way of transporting me back in time to the days when slow overland travel was the only way to get by. It makes me think of smoky Russian cars full of men in thick coats and women with cigarettes delicately cradled between their gloved fingertips. I imagine whispered secrets and stolen kisses in the dark. I also think of the movie Anastasia which is probably where this fantasy stems from.

But train travel is not always straight out of a romantic Russian novel. For example, there was that one time when a train almost left my mother behind in Austria. That was a little too much for my heart to handle. 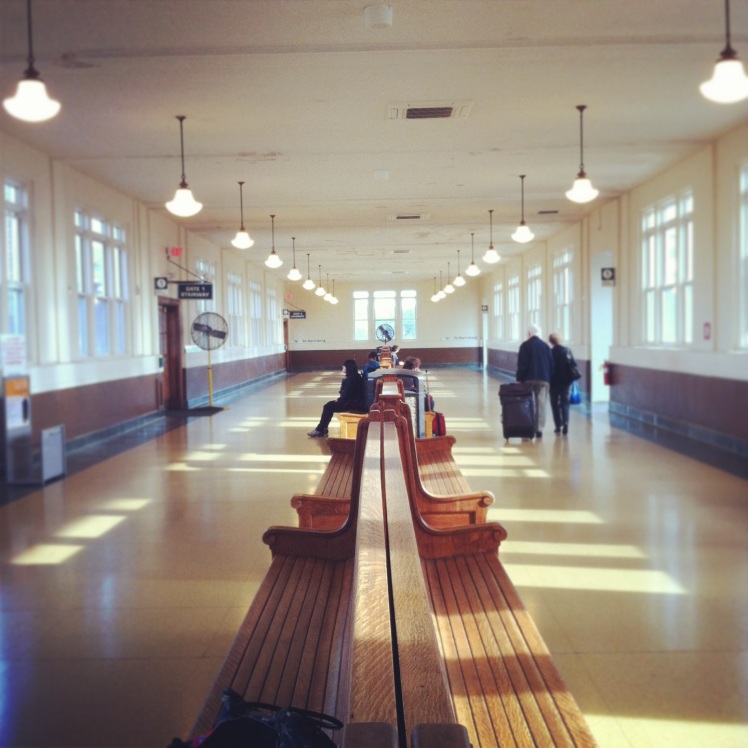 Today, trains are a little less romantic and a little more realistic. They are quick and dirty and often full of haggard business men clacking away at laptops or discussing stocks and bonds over the phone. But this does not deter me from loving the train. Instead, I embrace large seats and ample legroom and enjoy the scenery flowing past me in a blur of green, brown and blue. I absolutely luxuriate in the ample time available to read, sleep and daydream. Most of the stops in between major cities are merely small platforms with lonely signs bearing the name of a forgotten town, lost in suburbia. We pause only briefly before chugging onward. Nobody gets off and nobody gets on.

For a moment I am a solitary passenger in a never-ending landscape. The world is an open space ready to be explored. This must have been what the first settlers felt when they headed West. I crave that expanse.

Although it took almost 8 hours to get from Boston to Lancaster, PA by train, I was happy, well rested and completely at peace by the time we arrived at 5pm on Monday. We have close friends in Lancaster, a city I know and love in rural Pennsylvania, also known as Amish Country. We were immediately dragged to a bar and participated in some fall shenanigans including pumpkin ale and photos with squash. They certainly know how to have a good time in the country! 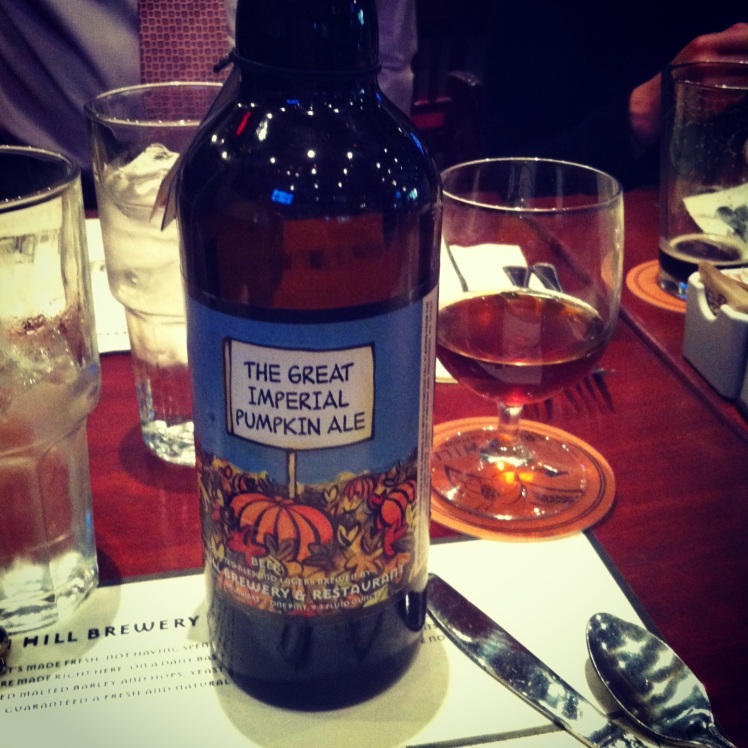 Lancaster is one of my favorite places in the world, mostly because of our friends who live there, but also because of the quiet draw of rural America. I find myself slowing down, deeply breathing in the scent of fresh earth and exploding with joy over the beautiful produce and delicious homemade treats. For the next few days we went on long walks next to farmland, witnessed corn harvested by Amish farmers with horse drawn carts, visited the excellent farmer’s market downtown and of course ate a lot of delicious food.

But most of the time we rested, read our books, sat by the fire for hours and enjoyed each others company. What more could you ask for? 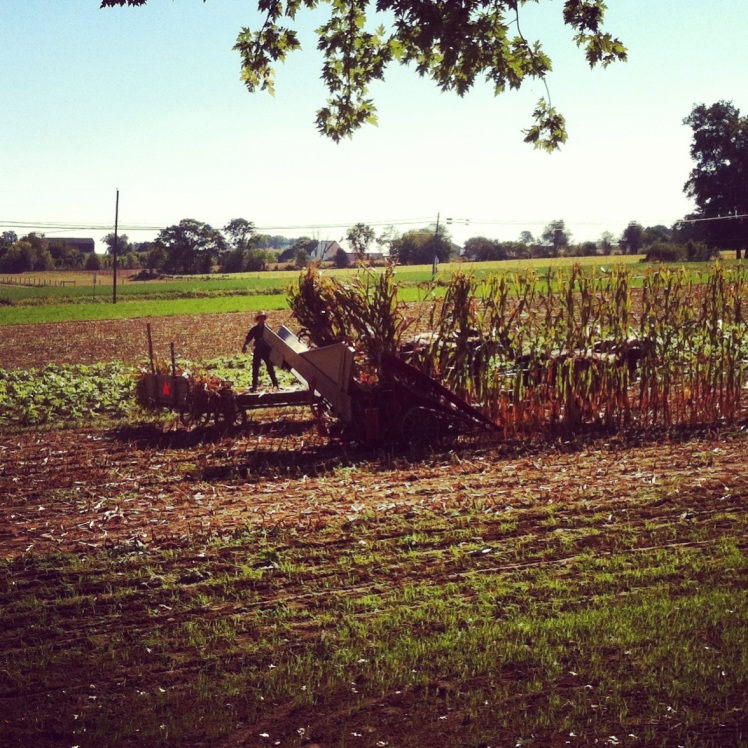 I guess you could ask for some food fresh from the farm. Well that is exactly what we did!

We stopped at a couple dairy farms for some fresh milk and homemade ice cream but also to pet some baby cows! The first dairy farm we visited is owned by an Amish family and they sell some of the most delicious ice cream I have ever had. The cows are mostly grass-fed and the facility is surprisingly clean and small. We hung out with the 0-3 month old calves who were so funny as they mooed and licked their buckets while a couple of enormous and lazy bulldogs kept watch in the sun. 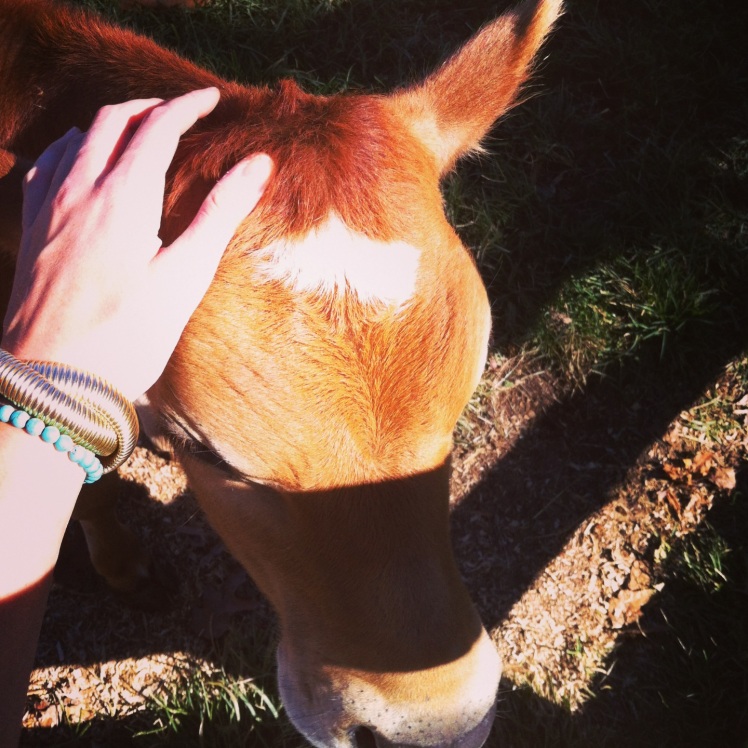 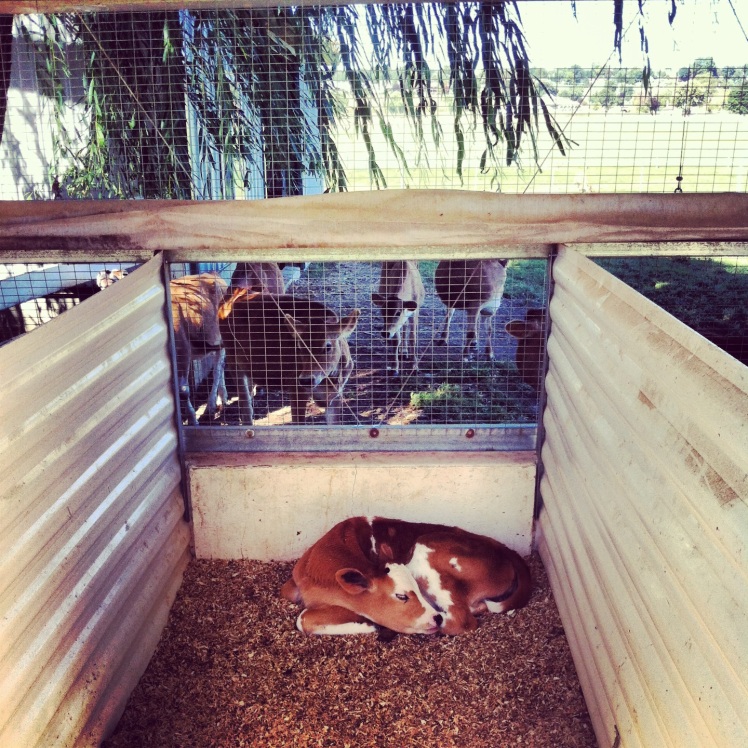 The second dairy farm we visited is known for their raw milk from both grass-fed and grain-fed cows. This farm is actually a huge supplier to the Hasidic Jew population in New York City! I have been curious to try raw milk after learning so much about the Weston A. Price Foundation and the benefits of the enzymes found in raw milk. In the Little White Milk House we purchased a bottle of grass-fed raw milk and left our money in an open cash register! I love the honesty and trust that abounds in Amish Country. I also love the ice cream…

After attending Allison’s college soccer game (Go Flying Dutchmen!) we sampled the raw milk. It was surprisingly flavorful but not as creamy as I would have liked. It tasted like they took out all the cream! That’s the best part! Oh well, at least I tried it.

It seemed that as soon as we stepped foot on the Lancaster platform, we were already back and ready to depart on a train to Philadelphia. The irony of rural America is that although the days are slow, time goes by quickly. If I had the choice, I would stay in Lancaster for the duration of fall. I don’t think I will be huddled next to a fire under a fleece blanket drinking wine and reading a good book in Florida any time soon. I guess a girl can dream.

Till then I will remember these magical days of fall in Amish Country and hold on to them for when I return to the madness of Shanghai. What keeps me calm is the possibility of departing from that enormous city and setting off by train into the great expanse of China.

I am looking West and looking far.

2 thoughts on “Looking West and Slowing Down in Amish Country”