For some reason I tend to find myself in life threatening situations. Ok sometimes I can be overly dramatic but there have been a couple of instances when my life was truly in danger.

Take for instance my car accident back in 2007. Driving down to Miami, my friend lost control of the car and we flipped several times in the median, landing upside down. Thankfully we were both wearing our seat belts which ultimately saved our lives.

This Sunday was a little less extreme but just as frightening.

The day started out well enough. I trained my client in the morning and had a fantastic session. Wanting to take advantage of the rest of the day, I suggested that my dad, sister, sister’s boyfriend, and I go for a boat ride. 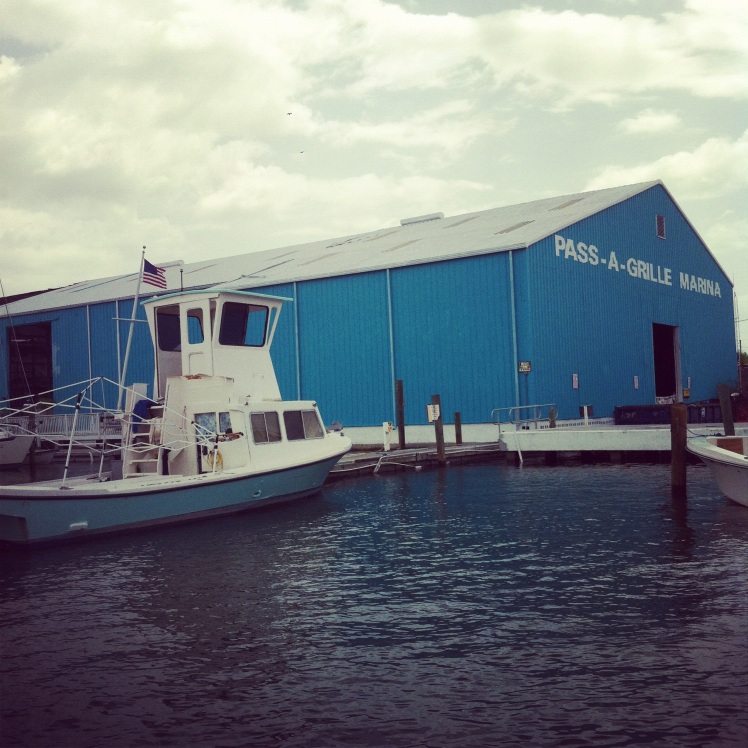 At 2pm we headed out down the bay to Pass-a-Grille and stopped for a swim at a sandbar in the cool water. At 3:30 we went to The Wharf for some lobster bites and grouper sandwiches. Oh my goodness they were good. So were the fries ;-). 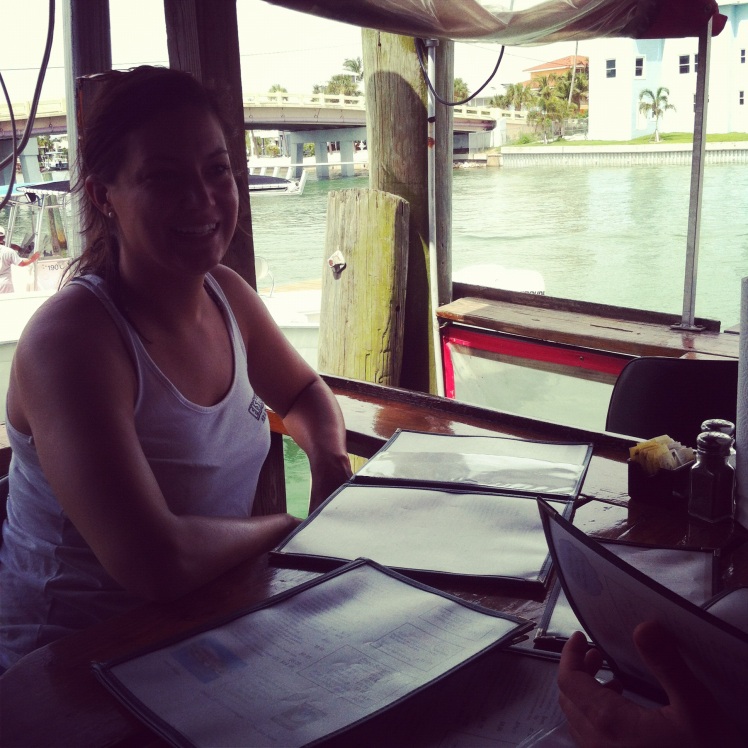 In the middle of our “lunch”, a storm rolled in very quickly and brought crazy winds and lightning. We were forced inside as the rain pelted us horizontally on the patio. Waiting for the weather to subside, we watched the storm and some baseball on TV. After an hour or so the weather seemed to calm down so we decided to make a run for it. My dad even checked the weather channel which indicated a break in the storm system.

Maybe we should have stayed. 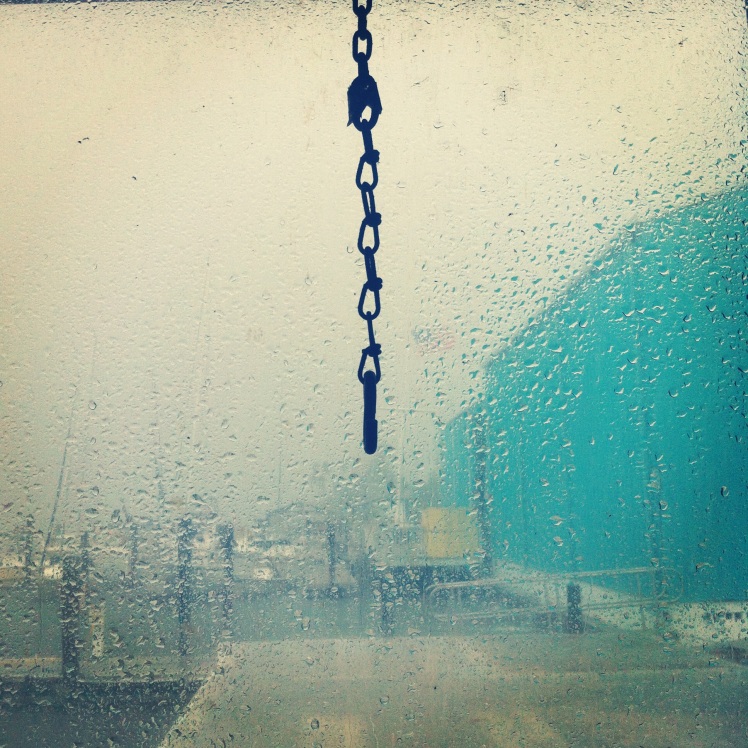 As soon as we pulled out of the dock, there was an intense flash of light to our right and an immediate BOOM!! We were almost struck by lightning! It must have hit the marina directly next to us. OK TIME TO GO.

We started booking it across the choppy waters, attempting to get away from the storm. The skies looked calm but the water kept getting rougher and rougher. As we went under the Skyway Bridge, things got really bad. The water became a rolling succession of 5 foot swells pounding the boat, soaking me as each swell crashed into the side. We were airborne too many times to count, our bones rattling with each drop.

Finally we made it halfway home and were much closer to the seawall. We thought it would get better.

But it only got worse.

The swells bounced off the seawall, doubling the waves and their intensity. Soon the swells were HUGE. 10-15 feet tall. My dad is a phenomenal boater and expertly maneuvered the boat across the undulating waves. But I was scared. Taylor was hysterical. Stephen pulled out the life jackets. And I began to pray. Tears welling in my eyes, mixing with the saltwater and allowing me to see. I needed to keep my eyes open in order to know when to let go of my death grip on the boat if it was swallowed by the sea.

Many times the bow dipped into a swell and water would crash over the boat. But every time the boat would thankfully pop up at the last minute, determined to stay afloat. I whispered the Our Father and Hail Mary over and over and over for 20 minutes straight, praying that God would bring us home safely. I never pray.

We ultimately decided to dock at the Yatch Club instead of pushing all the way home. To do so, we had to literally surf on the swells and into the harbor. My dad had to be careful not to go too fast or too slow or else be caught between two swells and overturned. We passed the jetty which was being violently pummeled by the waves. If we had fallen into the sea, we could have been thrown into those rocks.

And then it was over. The YC harbor was smooth and calm, giving no signs of the terror we just went through. Taylor and I held hands as we glided in, tears streaming down our faces, relief causing our bodies to shake.

I have never felt such relief.