Hello April! 2 weeks until the wedding!

It seems like whenever I post on this blog I’m always saying “omg time flies” or “sorry for posting so late” or “whoops here’s travel photos from a year ago enjoy!” Well, it seems like this is a constant theme in my life so I’m just going to own up to the fact that the only constant is change. Time certainly does fly when you’re planning a wedding and a big move… Yes, we are moving back to the States! But I don’t want to get ahead of myself just yet. 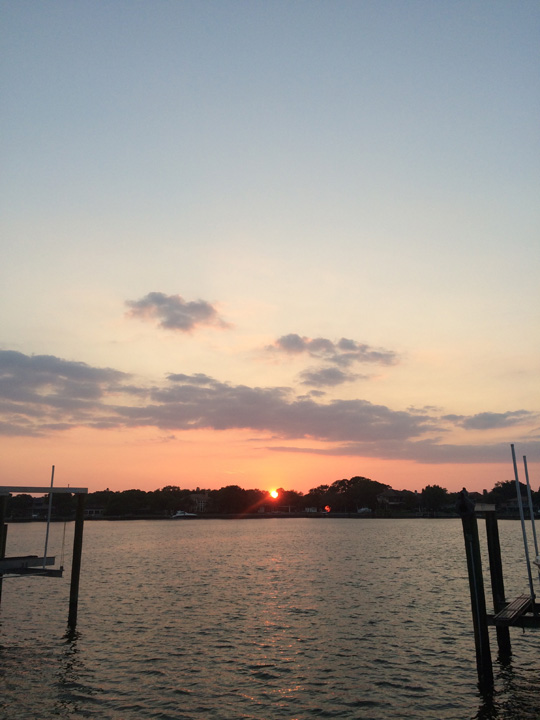 So much has already happened in 2014. Thankfully life as a perpetual expat and seasoned traveler prepares you for almost anything and I am blessed with a complete inability to be surprised anymore. That might sound a bit depressing but it is a coping mechanism to adapt to unpredictable environments and remain emotionally intact. Living in China has always been an blip on the radar and I was determined to survive by viewing my experience as temporary. But that is a dangerous way to think because it gives you a free pass to not be fully involved in your life. For more than 4 years, I have been waiting to find a home, a place where Peter and I can build a life beyond the unsatisfying Asian mega-city existence in which we have found ourselves.

But we did it. WE FOUND A HOME, A PLACE TO PUT DOWN SOME ROOTS. Let’s review:

If you remember, we moved into a new Shanghai apartment, a cool place in a really great location.

Then I flew home for my Epic Bachelorette Party in Key West. #1DAF

Peter and I were blessed to spend a couple of weeks together back home in St. Pete and attend an amazing wedding shower thrown for us by our closest family friends. It was so great for Peter to see just how supportive and big our community is here in Florida. We have an amazing group of people who have gone above and beyond for our wedding and we could not be more grateful. 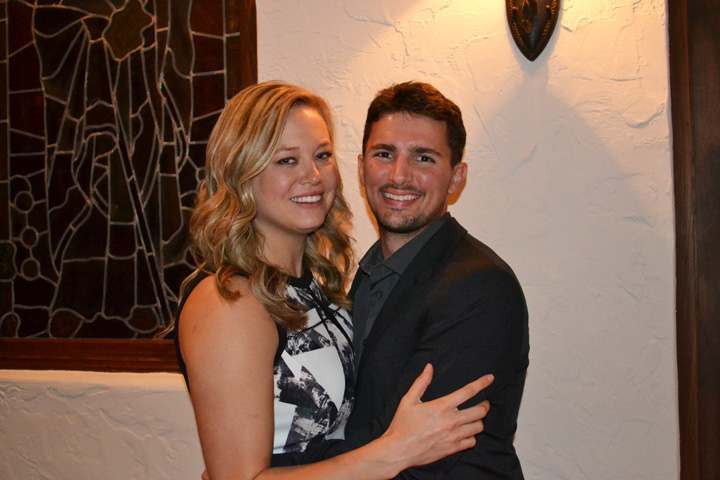 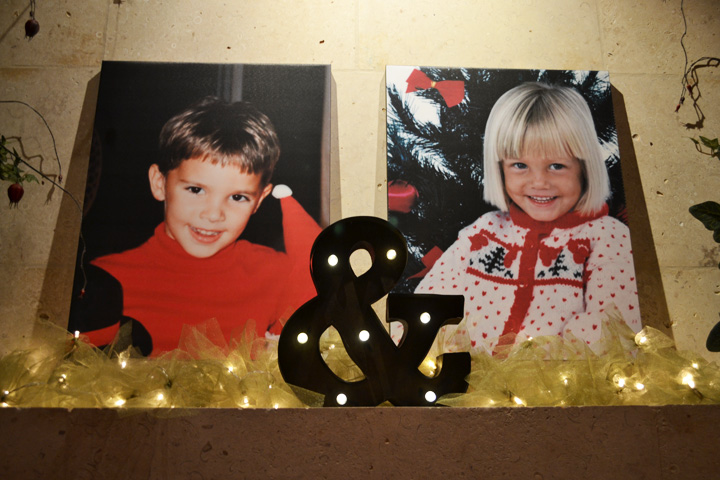 Out of the blue, Peter was contacted about an amazing job opportunity in the States. So he immediately flew out to Memphis, Tennessee for an interview. I was excited but didn’t want to get my hopes up, we were supposed to be in China for at least 2 more years! Well 3 days later he surprised me with the news… he got the job! This all happened during a time when one of our close family friends passed away. The news was a blessing in our time of mourning and a total shock to the system.

Yes, WE ARE MOVING BACK TO THE UNITED STATES. GOD BLESS AMERICA.

After being shocked with the news that we are indeed leaving Asia for good, Peter flew back to China to wrap up his current gig while I went to work in Florida. My dad and I organized another successful charity tournament and I continued to scramble around with wedding related tasks. Wedding planning is CRAZY. 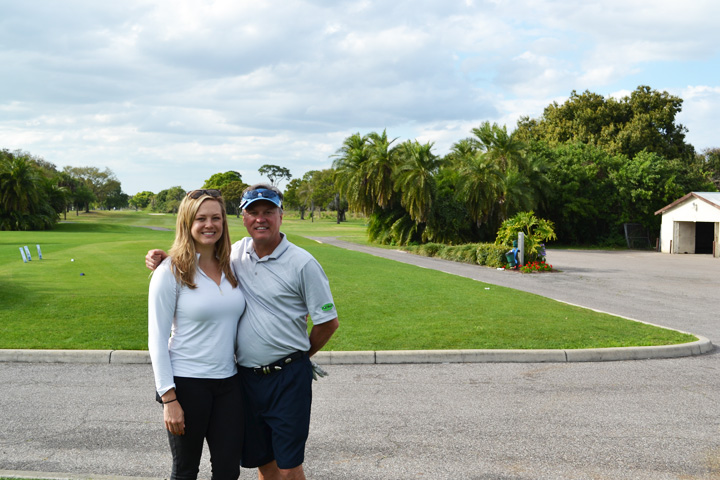 There were two more wedding showers and everybody was just so lovely and gracious. While being the center of attention is not exactly my cup of tea, I enjoyed being with my close family and friends. It was definitely fun announcing that we are moving stateside and can actually use all our amazing wedding presents! Thank god. I am so excited for all my kitchen gadgets! I’m going to have nice pots and pans and an oven!! No more greasy woks and undrinkable tap water! No more drying clothes on a line! No more frozen dumplings!!! Life is good ya’ll. 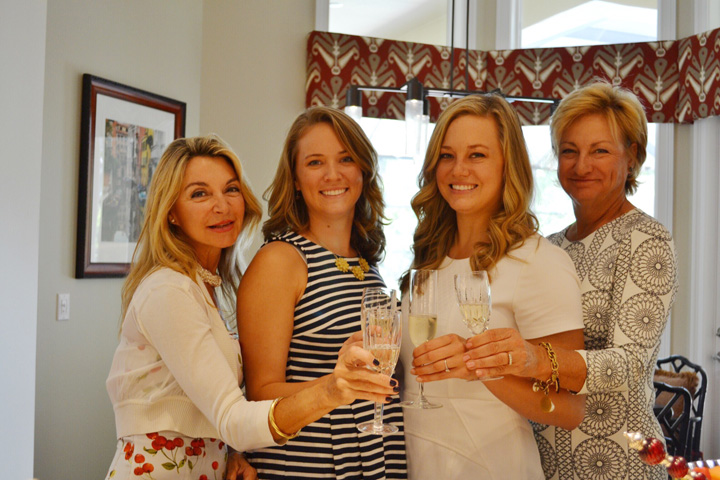 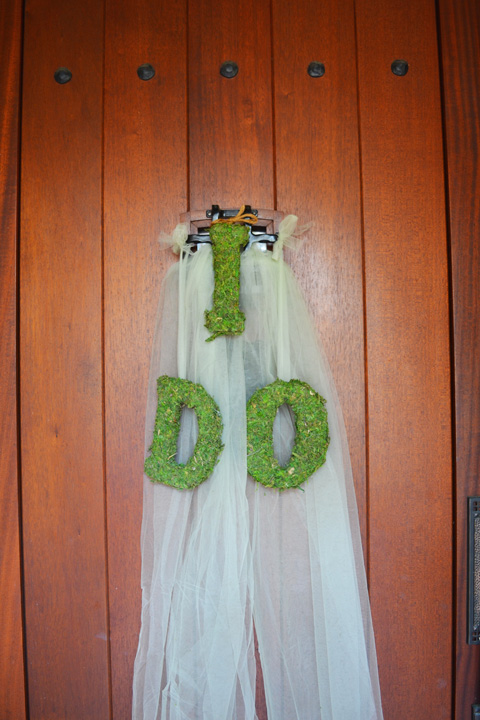 This month I also attended a lot of hockey games. Lightning are playoff bound!! GO BOLTS. 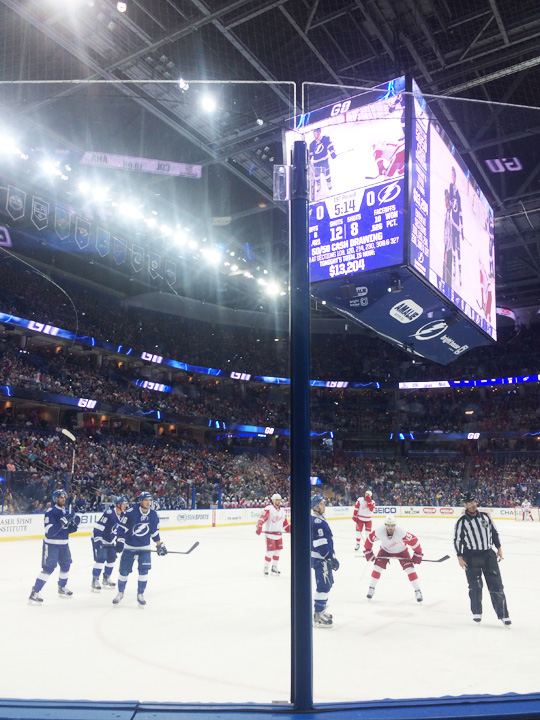 Besides hockey games, I attended 3 different shows including the Sing-Off, Joshua Bell, and Flashdance the Musical. Oh my god, the Sing-Off was an a cappella daydream that had me and Madeline dancing in our seats and constantly exclaiming “OMG did you hear that?? Did they just hit that note?? THIS IS INCREDIBLE.” It was seriously one of the best concerts I have ever attended in my life and I was just floored by their vocal performance. There was a group from Nashville and I wanted the scoop on a cappella groups in Memphis (unfortunately they didn’t know). Oh and before the show we encountered a massive lizard in the street and tried to save him but he refused to cooperate with my stick. Sorry, we tried to save your life. 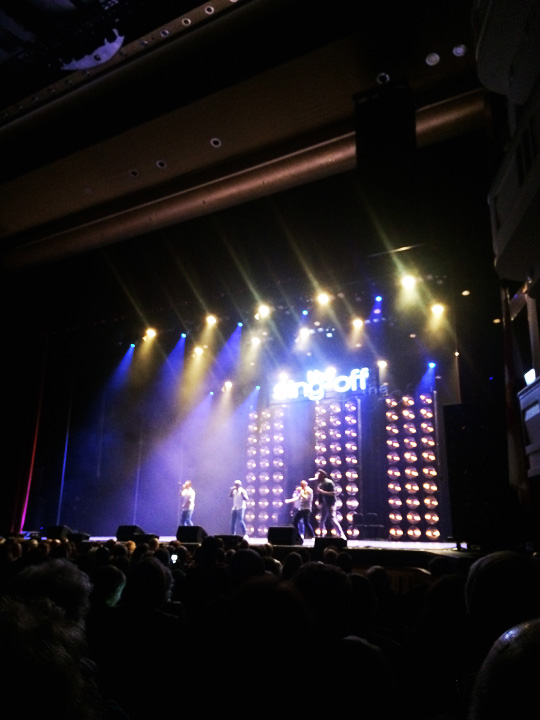 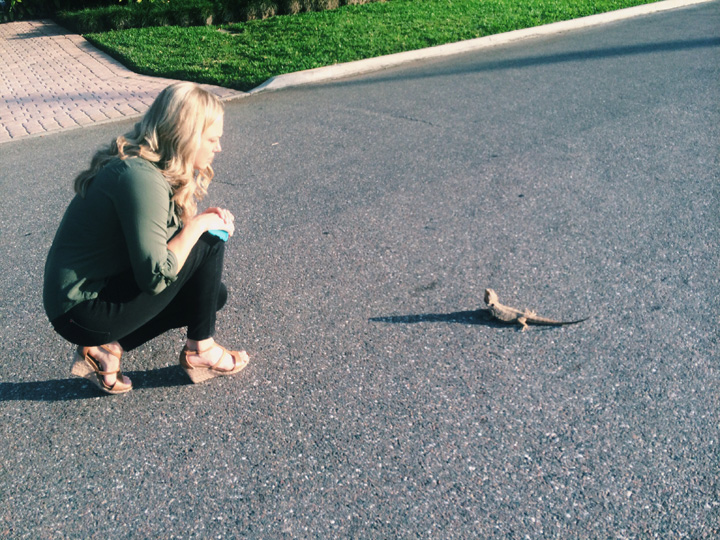 So far April has been a lot of fun. I met Peter in Memphis and we went house hunting! It was a very surreal experience and a total 180 from apartment hunting in Shanghai. We drove around in this massive Suburban and checked out neighborhoods and country clubs while stopping for lots of amazing BBQ. It was a perfect pre-wedding trip that got us excited to move to Memphis for real! Somebody pinch me. Or just give me some ribs. Please. 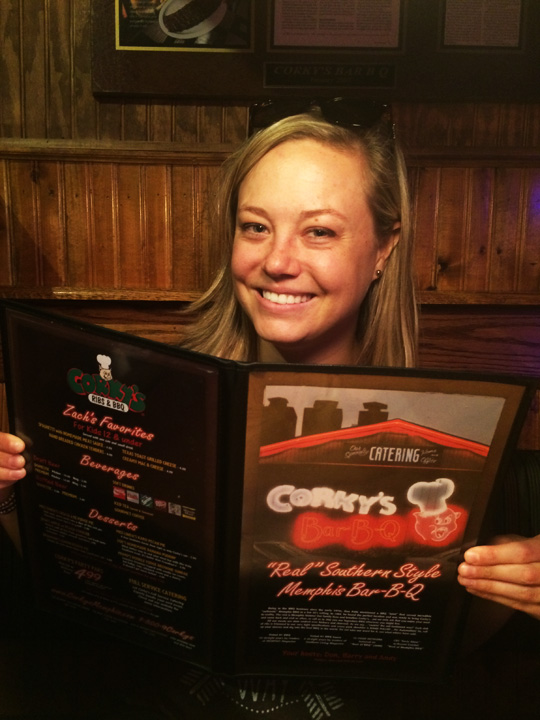 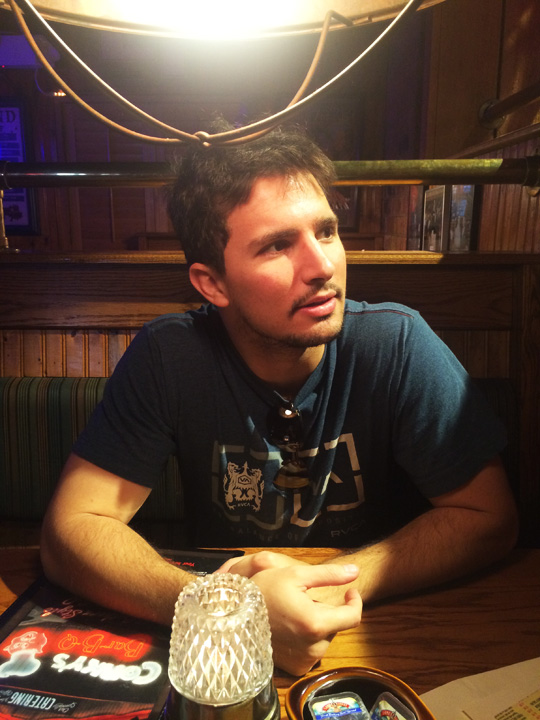 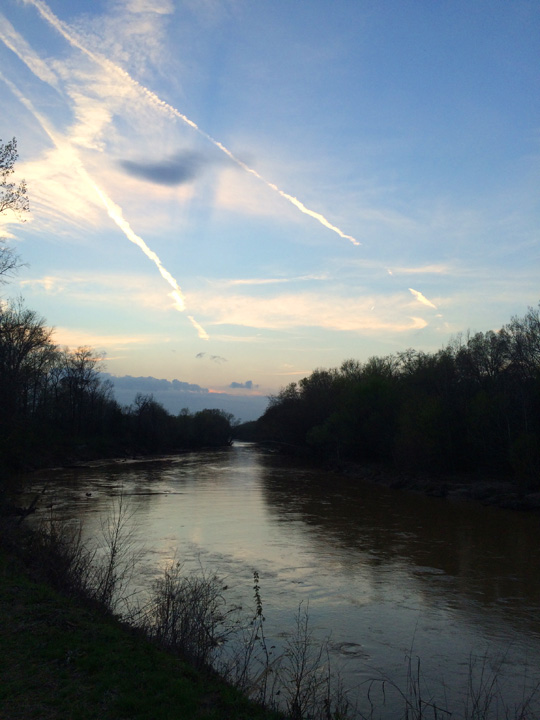 I had never been to Tennessee before (except for that random time my family went to Dolly World) and I was impressed by the natural beauty of the area. We mostly explored Germantown and I just fell in love with all the SPACE and LACK OF PEOPLE. It was glorious, let me tell you. We found a great walking trail along the river, a concept I absolutely love. I have met so many people who love Memphis or lived there before and have nothing but positive things to say about it. Everybody we met was just so nice, we were actually kind of weirded out! Are people really this nice?? While we heard that some areas are not safe and the summers are dreadfully hot, honestly I do not care. THIS IS AMERICA. Of course it is not going to be sunshine and rainbows all the time but I look forward to living in a country that I understand and most importantly, where I feel comfortable in my own skin. 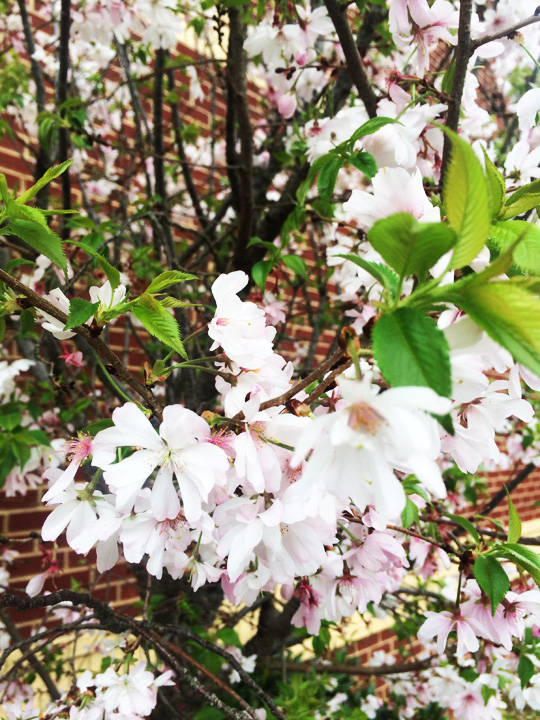 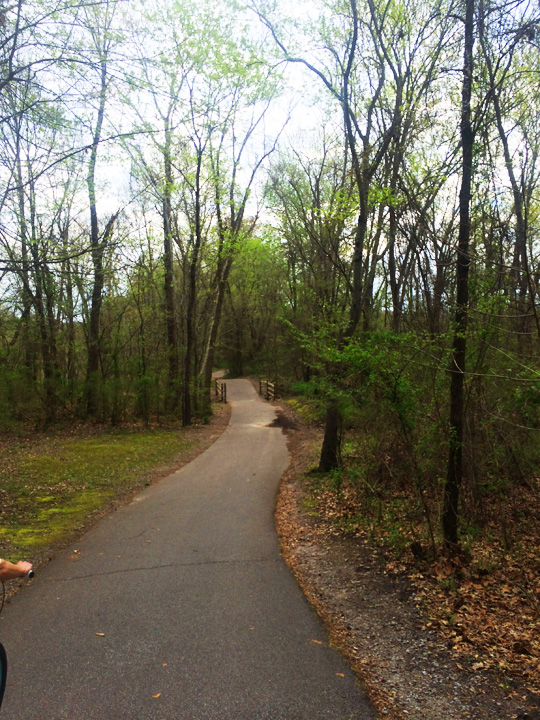 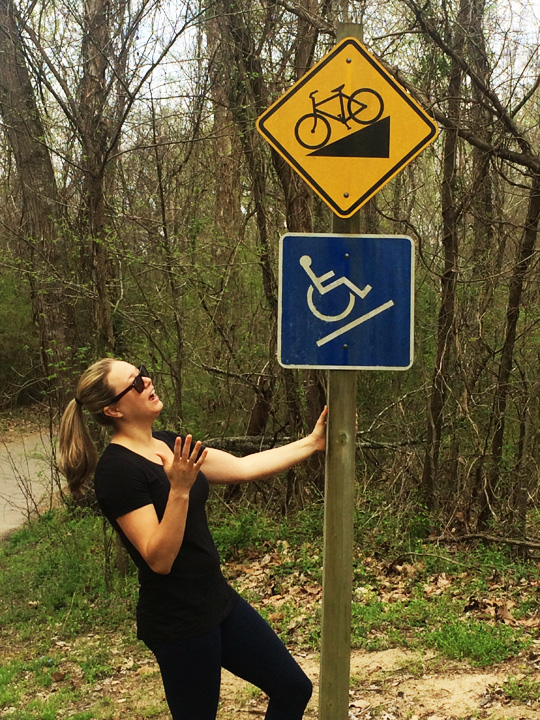 I do not believe in coincidences. I believe that everything happens for a reason. And when you least expect it, life will surprise you. Most of all, as soon as you let go and accept that everything is as it should be, THAT’S when good things come to you. I was ready to get married and return to China for two more years of the challenging but fulfilling life of an expat. Well apparently there is something else in store for us. We have the amazing opportunity to build a HOME and build a LIFE back in the United States. And after living the life of a perpetual expat, I will never take it for granted. I know that everything will not suddenly be easy just because we are back in the States. But I do know that I am embracing this new chapter in our lives. 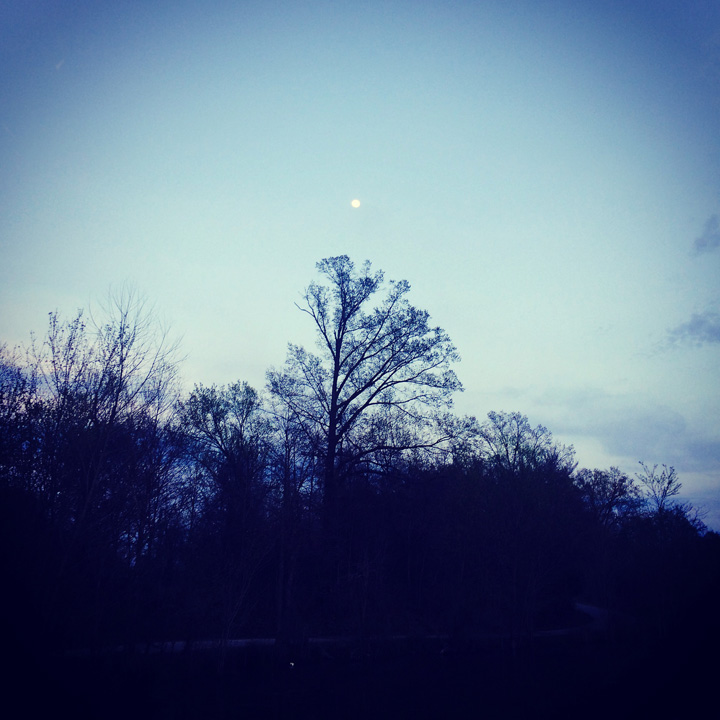 So what lies ahead? Hopefully still a life of travel and the ability to roll with the punches.

Just this time, we are home.

One thought on “The Only Constant is Change… We’re moving back to the States!”