When in London for the first time, there are a few things that you just need to do. First things first, you must sleep in till noon (again), because hey you are on vacation and deserve some rest. Next you must take the tube, because a true Londoner is a pro at public transportation. Then you must accept the fact that you are a tourist and are destined to take silly photos with famous landmarks.

Well at least that’s what we did on our third day in London. On this overcast and humid day, we started at Big Ben.

It really was just a big clock tower, a pretty big and immovable clock tower as such.

We then walked to Westminister Abbey across the street and gazed up in wonder at this massive church. The entrance fee was way too expensive so we admired the exterior architecture before going on our merry way. 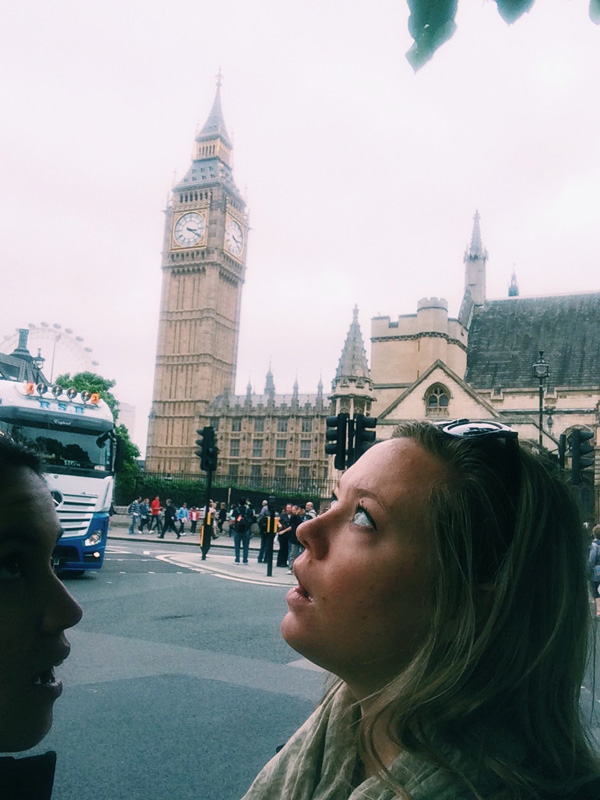 Then over to Parliament which thoroughly impressed us with its intricate architecture and terrifying guards with guns. Yikes! 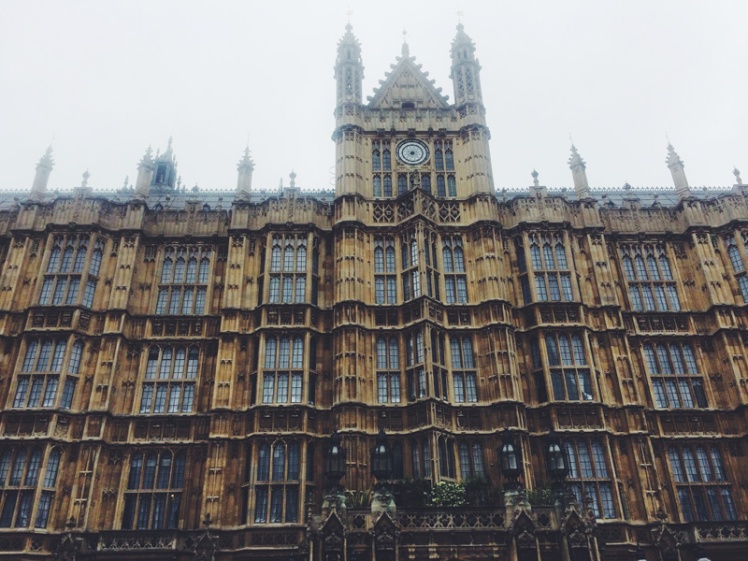 The afternoon became a little less terrifying once we entered St. James Park and found plenty of ducks and homey cottages on the grounds.

Across the park, we walked through the massive Horse Guards Parade and through the entryway where we found the Household Cavalry on duty. Apparently they are actually on duty guards and not just for show, which explains why they just stood there, looking bored amongst tourists waiting for a show. Silly tourists. 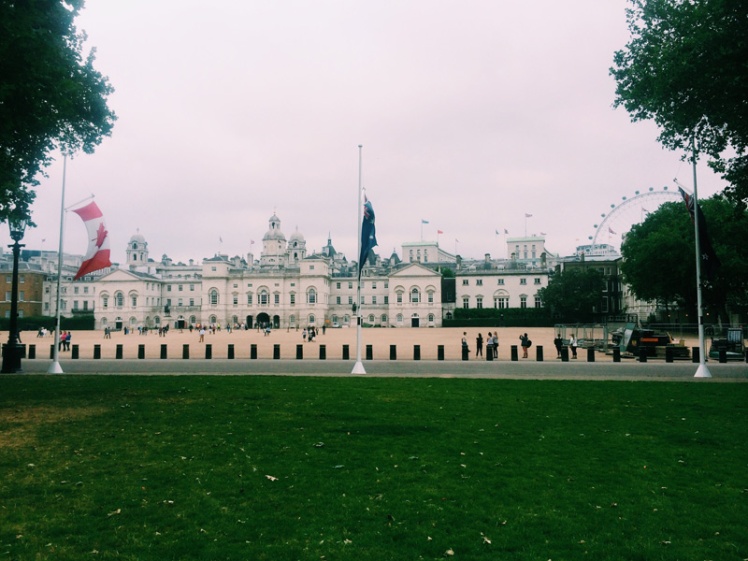 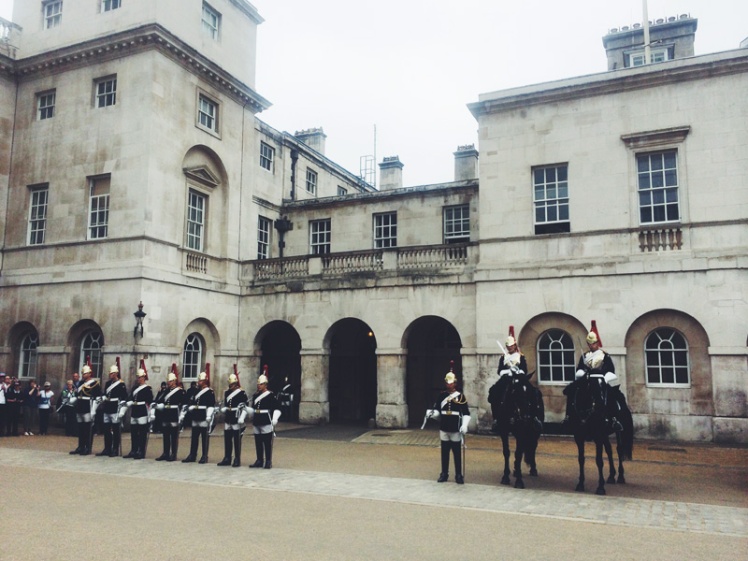 Next up was the National Gallery where we got our free museum time in with some art before heading back to Picadilly Circus. I honestly was expecting something much better than the equivalent of Times Square, but I didn’t really care. Because I was on a mission. A 1D mission to be exact. 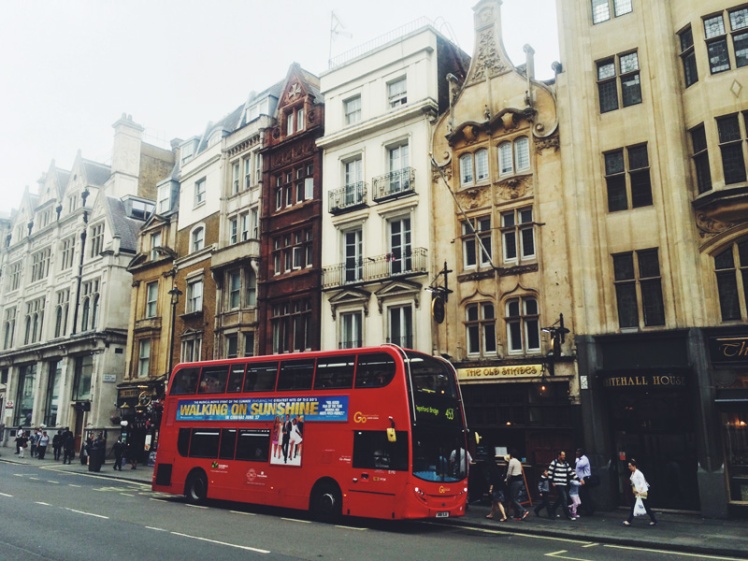 Yes, I dragged Carina to at least four different tourist shops on the hunt for some Once Direction souvenirs to add to my non-existent collection. I ended up buying a goofy keychain and poster from the latest album, but also managed to sneak a few photos with their extra special t-shirts.

With my favorite, Louis. 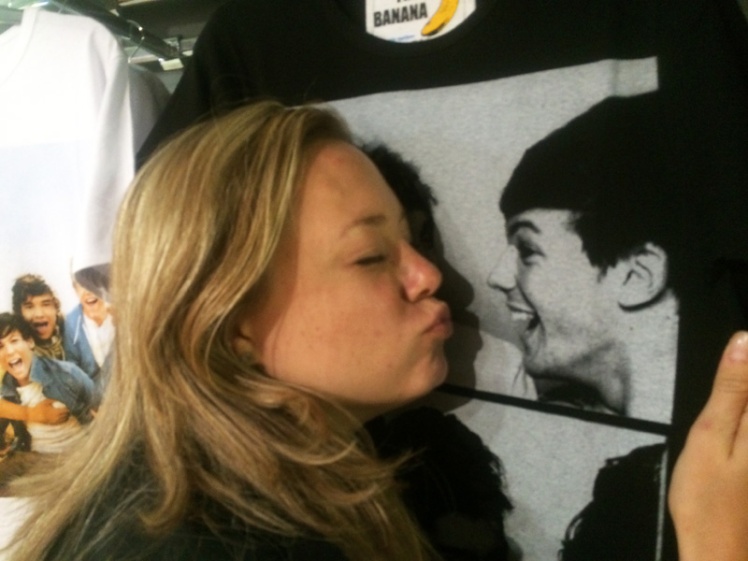 And with this baby deer in headlights, Harry Styles. 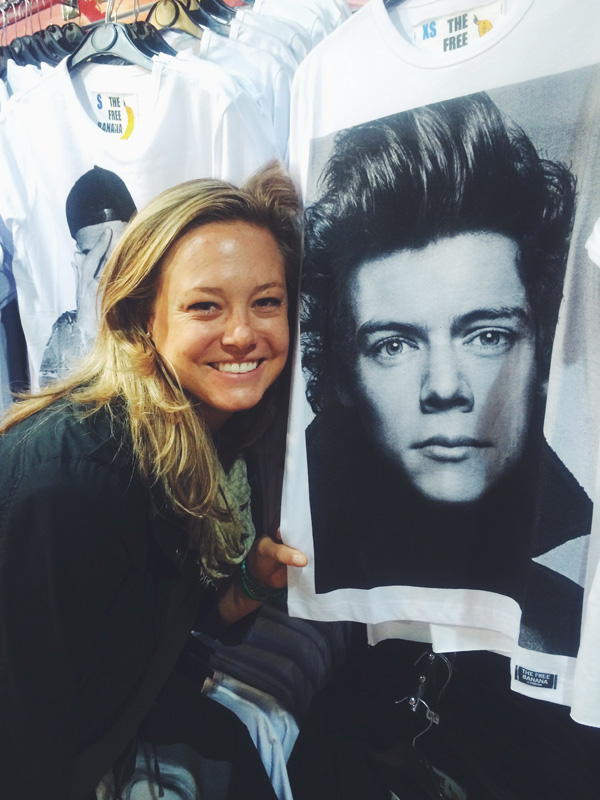 When in London right? Right?? Haha, don’t answer that.

After satiating my need for 1D, we finished our day off at Covent Gardens, which was absolutely lovely. There was even a quirky little marching band playing old-school tunes in the lower gallery. They had a tuba player which automatically makes any band sound awesome. 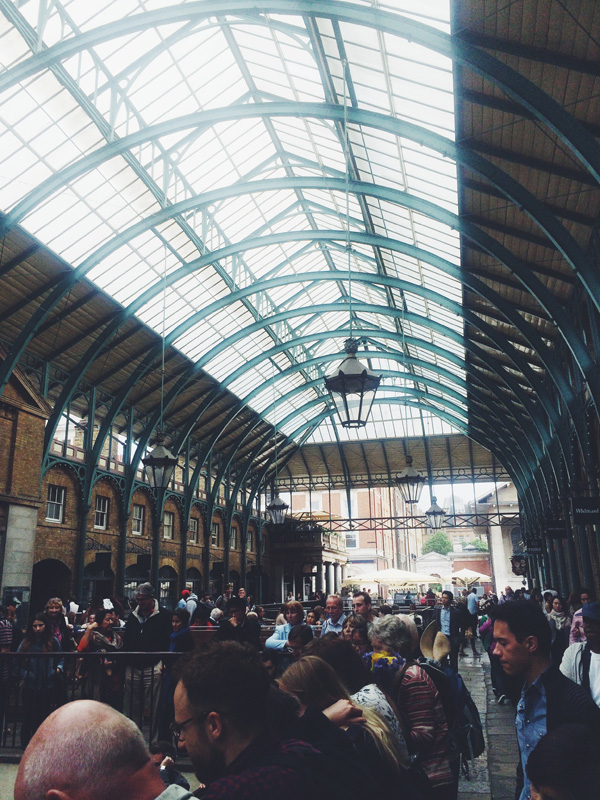 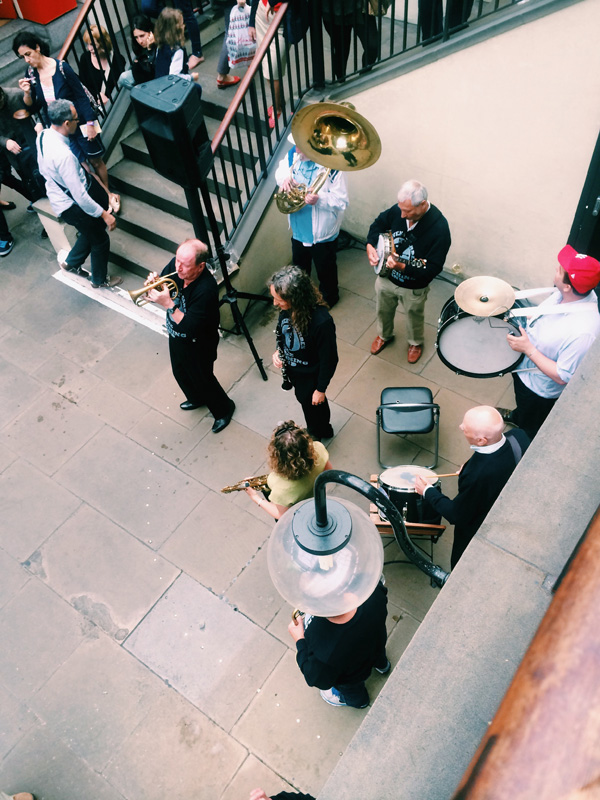 And then we took the most touristy photo of all in a red telephone booth that smelled faintly of piss. And it was epic. 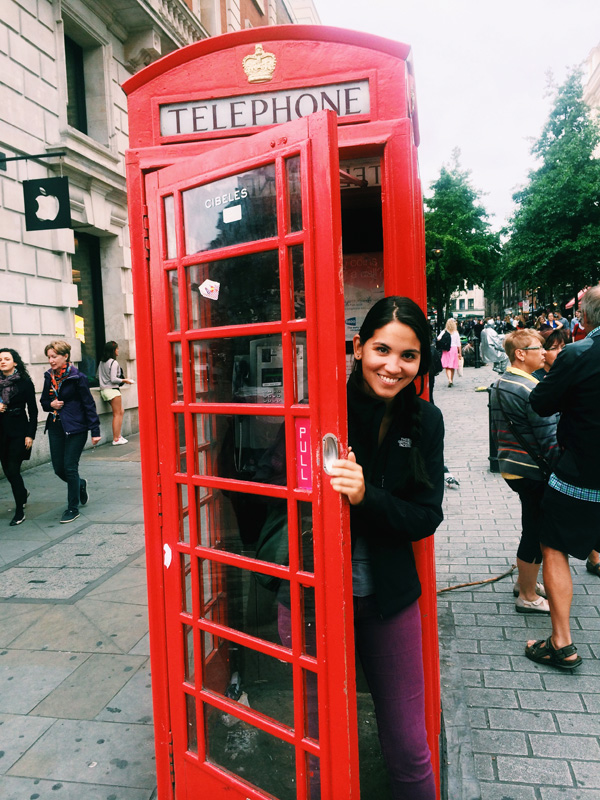 Overall our ulta-touristy day was a great success!

Back at the flat we lounged around and accidentally missed the England World Cup game. We heard a lot of yelling outside but were too engrossed in OITNB to care. Whoops. They lost anyways so everybody was sad when we met Val and her friends for dinner at an Indian restaurant. I was too happy slurping curry to notice. We finished off the night at a weird basement club that played awkward techno and boogie music.

5 thoughts on “London Day 3: Getting touristy with Big Ben, Picadilly Circus and some One Direction”